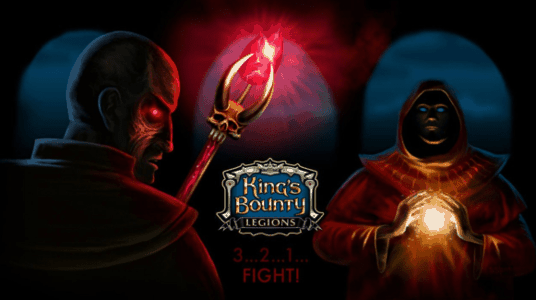 King’s Bounty: Legions is a turn-based social strategy game.  The game, developed by Nival, a global developer and publisher of social strategy games, calls on gamers to invite their friends and destroy them via a competitive player-versus-player combat system.

King’s Bounty offers gamers an extensive and witty storyline and forty levels of gameplay to start. Gamers will advance by completing quests; engaging in tactical, turn-based combat; and hiring troops to manage within their armies. Gamers will be treated to multiple forms of combat including PvP battles against friends, PvE battles against challenging AI, and asynchronous battles; all of which will test users’ ability to strategically assemble the paramount army.

Gamers who strategically assemble a well-balanced army and exploit different advantages held by some classes over others, will enjoy more success and potentially achieve a higher Legion ranking in PvP.

Classes include the following:

Archer – offering players the chance to deal damage while keeping a safe distance from the fray.

Defender – the ability to withstand heavy attacks from enemies.

Support –  the go-to back-up in battle.

Warrior – this class will get up close and personal with their foes.