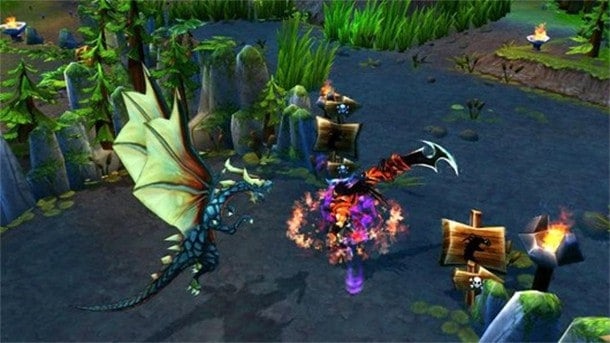 As seen on Todays Daily XP Video!
Riot Games has released a new video preview of the new League of Legends 3.9 update. The patch will be released at a later unconfirmed date, but the video has given fans much to look forward to. Players can expect plenty of changes for items, maps, and of course champions, in this new gaming update.

Summoner?s Rift for example was tweaked so players could no longer exploit their kill bounty for an advantage. A notable change brought to items was for the Oracle?s Elixir, which now displays radius of detection for buffed players along with not expiring upon death. The map and item transitions are merely the beginning in this epic update. General game changes to the MMO has now built a more responsive and user friendly experience with the rune page. Riot has even removed player?s ability to see each other?s latency (ping), as it was said to only be adding toxicity into the community.

Despite the many changes mentioned, all are ultimately overshadowed by tweaks to the famed list of champions. The most noticeable changes come to characters like Draven, Jayce, and Leblanc, while a handful of other champions will see their share of minor improvement. To avoid nerfing Draven by lowering his damage early in the game, his entire passive was reworked. This is a great accomplishment as it wasn?t adding much in terms of satisfying gameplay. LeBlanc on the other hand had his Mimic altered, as it was mainly being used as a one-shit supplement for Sigil of Silence. Now players will deal their own Mimic base damage instead of an amplified attack, along with having a Sigil of Silence that deals less damage up front, but more during detonation. These changes will lead to a more creative and entertaining experience when using a champion like Leblanc.

League of Legends has had updates before, and each have delivered a wonderfully improved online world. Patch 3.9 looks to be no different. There are sure to be plenty of MOBA fans impatiently waiting for these changes to occur, whether they like it or not. Check out the awesome new video footage below.