Every month MMOAttack write up the top played League of Legends Champions and June sees some exciting changes in the top 10. With Taric taking a brief hiatus from our last list Ezreal took advantage, maintaining a mid-spot for the month. Ashe surprised many with her first appearance, taking the number one spot from the previous holder, Caitlyn. Will Ashe manage to hold the top spot for another month or will we see the return of previous Champions?

Lee Sin continues to prove that he’s one of the most popular League of Legends Champions, making an appearance every month so far. He began at a respectable rank 3 before dropping to the mid-lower parts of the table as the year progresses. Widely considered to be a difficult Jungle pick Lee Sin has seen a drastic drop in popularity in Season 3, with the introduction of more viable Jungle and Lane Champions.

One cannot argue his potential when in the hands of a skilled player but with players searching for the next easy option, Lee Sin suffers small drops in popularity month after month.

The Lady of Luminosity began her introduction to the top played League of Legends Champions list in February, with an entry in 9th place. March and April saw a rise in her popularity as she claimed the 3rd spot for two months running. Last month saw a small decrease in popularity as she only walked away with 6th. June sees a further drop for this deadly mid-lane Champion as she struggles to maintain her spot in the list at rank 9.

One of the older Champions in the League of Legends Roster Lux was introduced way back in 2010 but has continued to dominate the field of battle thanks to her heavy CC and impressive damage output.

One of two Champions to make a debut in this months top 10 sees Blitzcrank, the Great Steam Golem, storm in at rank 8. Almost every League of Legends player has seen the now famous Blitzcrank early game troll video and his abilities at the beginning of Summoners Rift continue to increase his popularity. There’s something disturbingly fun when taunting your enemies into tower range before unleashing Mana Shield, and it proves to fool greedy players time and time again.

His Rocket Grab is one of the most feared abilities in the League. Although it doesn’t deal any serious levels of damage, it’s ability to separate a single player from a group fight is second to none. Whether you’re hiding in the bushes waiting to attack or you think that last jump over Jungle trees earned you an escape, nobody is truly safe when Blitzcrank is nearby.

Nidalee was introduced to the list in February and has since managed to maintain a spot every month, occupying the lower ranks of the top 10 list. Last month saw the Bestial Huntress secure her highest rank of the year so far and she manages to maintain that spot with the release of this months list.

Nobody can debate the potency of her ability kit but the overwhelming feeling of playing a Champion with multiple abilities based on transformation can easily scare most average League players away. For that reason we may never see Nidalee securing the higher spots of our top played League of Legends Champions list but maintaining rank 7 for consecutive months could mean a popularity increase is on the way.

Caitlyn is another Champion that has seen an entry into every top 10 list this year so far. Claiming the top spot only once this year, last month saw the Sheriff of Piltover drop to 2nd before suffering a bigger drop this month; falling into 6th place.

Her easily accessible play style appeals to new players and veterans alike, promising instant damage output without the need of playing 1000 games to master her kit. Whether you love or loathe the simplistic Champions, one cannot debate the potential of Caitlyn with even the smallest of farm advantages. 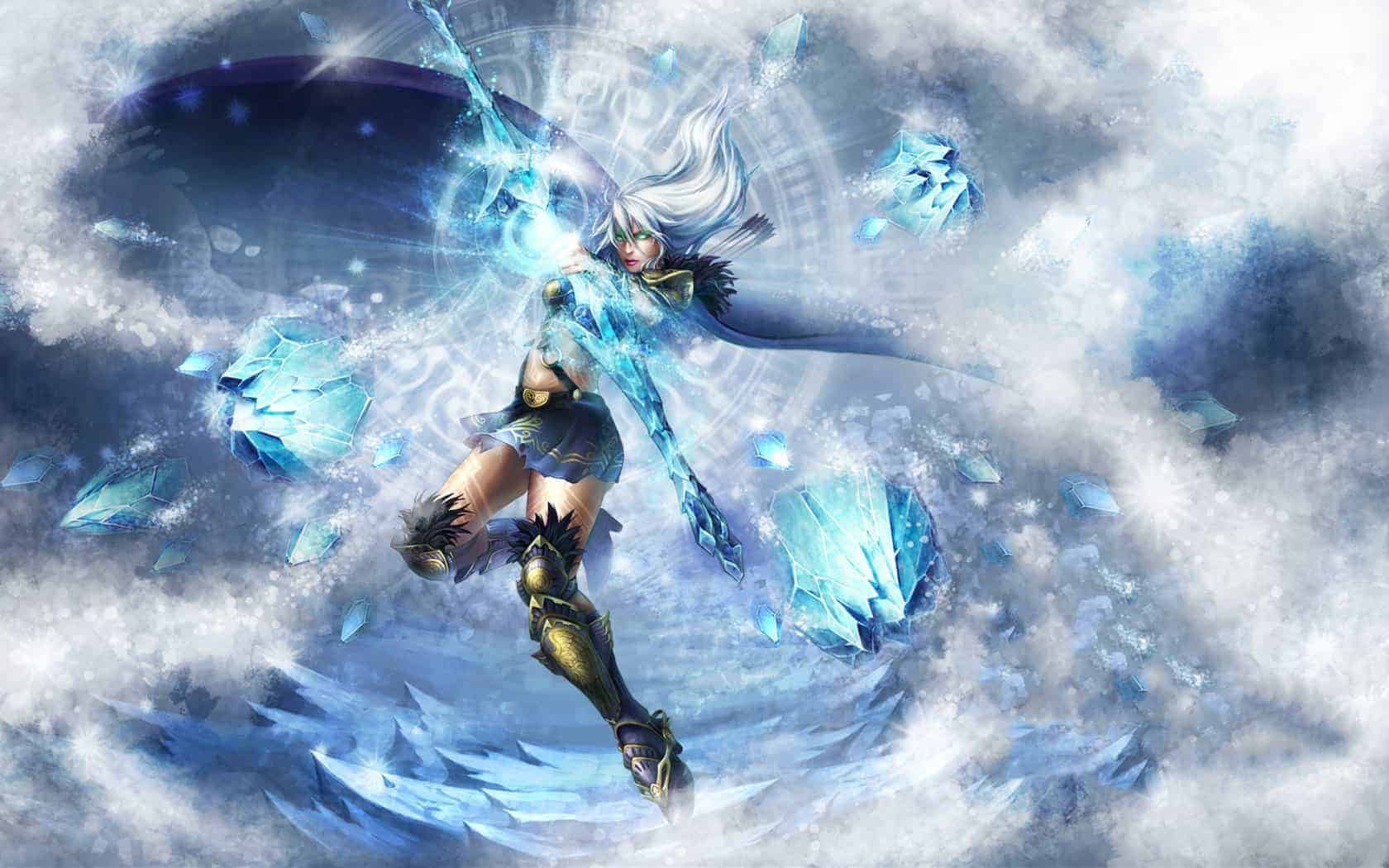 A surprising entry into last months list saw Ashe take the number one spot as her first entry this year. Surprising as it was she proves it wasn’t a fluke popularity boost as she maintains a spot this month, claiming 5th as her own. One of the oldest Champions featured on our top lists, releasing in 2009, Ashe continues to make regular appearances on the battlefield due to her easy to use abilities.

In a similar way to Caitlyn, Ashe doesn’t require ages of experience to master and can be a potent opponent in the hands of almost any League of Legends player.

The Wuju Bladesman has spent most of this year chasing the heels of rank 10 but he was finally able to make an appearance last month, making a smashing debut in rank 4. June sees a consistent level of popularity for Master Yi as he maintains the spot, fighting off the likes of last months winner, Ashe.

Master Yi is one of the few Champions that can make a serious difference regardless of his feed or farm levels. Whether you’ve locked his lane down the entire game or sent him back to the fountain on several occasions, his ability to rip apart towers and backdoor opponents make him an enemy to watch the entire match.

Vayne secures one of the highest debut ranks of the year thus far, claiming the 3rd spot for her first month in the top played lists. Surprisingly Vayne has failed to make any serious impact on our lists so far, despite her obvious ability on the battlefield.

She has the kit to challenge even the most potent of early-game laners and her insane speed buffs give her the tools she needs to chase down practically anyone fleeing from her deadly Silver Bolts. The Night Hunter may have struggled to this point but I wouldn’t be surprised to see her take a more prominent role in upcoming months.

Teemo was introduced to the top played League of Legends Champions list last month as he secured a respectable debut spot at rank 3. This month sees a slight increase in popularity as he climbs one place to rank 2 but was a considerable distance behind Ezreal lacking 80,000 matches to take the top spot.

Arguably the most fearsome Yordle in all of League of Legends, Teemo is loved by many and hated by more. His insane ability to control the battlefield is unrivaled in the League and although he may look like a cute bundle of joy, you’ll change your mind after he poisons the hell out of you and laughs as you watch your screen go dark and your respawn timer appear.

With his top played rival, Taric, nowhere to be seen Ezreal strides into first place yet again. Taric and Ezreal were in heated battle at the beginning of the year with both Champions vying for top spot. However, June 2013 sees the second consecutive month without Taric in the top played League of Legends Champions list.

Ezreal began the year strong but has suffered with mid-place finishes in recent months. Does his return to the top spot spell good fortunes for his future or is this just a brief fluke while the Taric players are on holiday?

Some new additions, another top spot for Ezreal and the annoying Teemo continues to prove popular. June saw a great month for the top played League of Legends Champions and it’s safe to expect more surprises next month. Did you know we also launch a video shortly after each months list? You can check out May’s entries below: