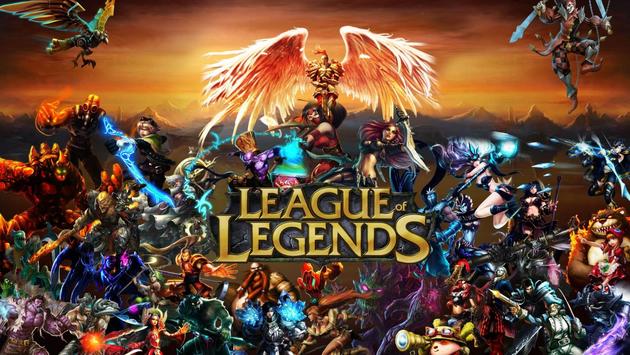 The month draws to a close and we’ve got another exciting addition of the top played League of Legends Champions for October 2013. Recent months have seen the top 10 in complete disarray as veteran Champions disappear from the list while annoying Yordles continue to dominate the charts. This month sees a first for our monthly articles as a brand new Champion has secured the highest debut spot of the year but who and where?

Thresh has failed to make any serious impact in his year of release as October marks only the 3rd appearance for the Chain Warden. He made his debut appearance in April securing a respectable 4th place finish. Subsequent months were unkind to Thresh as his completely disappeared until his second ever appearance in July.

Thresh is still one of the youngest contenders in our top 10 articles but thus far, he’s failed to impress.

The appearance of Nidalee continues to test Mark’s creativity among the now famous bush jokes, but she’s here nonetheless. The Bush Stalker has failed to put any pressure on the 5 most popular Champions each month but her appearance is as regular as clockwork.

Since her debut appearance in February Nidalee has continued to appear each and every month but has yet to finish higher than 6th place which she achieved in June. Can we expect to see her next month? Sure, but will she finally break the top 5? Only time will tell.

Ashe holds this years record as the highest debut Champion after claiming the top spot for her first appearance in May. Since then she’s been as reliable as a Blitzcrank Rocket Grab with 500 ping, failing to concrete a place in the hearts of League fans as she continues to struggle in our top 10.

Her easily understood abilities and highly accessible play style may appeal to the lesser experienced players but as the League of Legends community grows, players are craving a more difficult and rewarding experience. Will she make a return next month or disappear into the abyss?

The first of our debut Champions this month is Jax, the Grandmaster at Arms. Jax has been striking fear into the hearts of his opponents since his release in February of 2009. Since that time he has become one of the most powerful assassin’s on Summoner’s Rift thanks to his excellent 1 vs. 1 ability, timely escapes, and impressively scaling HP.

If you decide to over-extend in a lane and a flying Jax halts your retreat, you could well be looking at returning to base rather promptly.

Lux began her 2013 campaign as one of the most popular Champions, constantly contending for a place in the top 3. However since that time her popularity has taken a severe hit as recent months have seen the Lady of Luminosity failing to break the top 5.

October is another disappointing month for the queen of middle lane but it does represent her first big leap since her decline began in June. Is it a fluke occurrence or will Lux make a return to her popular self? Check back next month to find out.

Once one of the most popular Champions month after month, Ezreal would be disappointed with his appearances recently as yet again the former champion is unable to break the top 3. Recent months have been a little confusing for the hybrid Champion as he secured a 3rd place finish in August before completely disappearing in September.

October marks the return of Ezreal but in one of his lowest finishes of the year thus far. Has the Ezreal trend been and gone?

Master Yi has seen a massive increase in popularity following recent buffs from Riot Games. The backdoor pro secured first place in August by a staggering 250,000 matches and remained as the most popular Champion in September, beating Teemo to the podium by 75,000 games.

There’s a common trend following the release of Champion buffs; everyone sees a newly buffed Champion clear house and they all want to do the same. What follows is millions of players totally failing to replicate that success which usually results in a drop of popularity in following months, a theory Master Yi has been a victim of for October.

Teemo’s first appearance in May was rather impressive as the annoying Yordle managed to secure 3rd place. July saw Teemo defeat all competition as he ninja’d ahead of Ezreal to take the number 1 spot but dropped off pretty quickly afterwards following a decline in popularity. Since then Teemo has managed to secure a top 5 finish each month keeping to that trend in October as he takes 3rd place.

The king of the unpopular Champions among the popular Champions is Lee Sin, the Blind Monk. Throughout the year Lee Sin has been bouncing around the lower end of our top 10 most played Champions lists but October finally sees the deadly assassin take his rightful place among the top 3.

Despite a slow start to the year recent months have shown a slight increase to his popularity but will that be enough to secure a higher finish next month?

Jinx, the Loose Cannon, only made her first appearance in League of Legends on October 10th. With the competition having a 10 day head-start and the reputation of new Champions failing to meet our top 10 looming over Jinx; nobody expected her to make such a big impact this month.

And Jinx didn’t just make an impact. she totally destroyed her competition taking the top spot by over 230,000 matches. That’s among the biggest margins of victory we’ve seen for the year so far.

The debut of Jinx securing the number 1 spot is credit to the developers as they’ve obviously captured something special with her release. Never before has a Champion been so popular in its first month of release and if the massive game gap is anything to go by, we can expect to see Jinx contending for top spot next month.