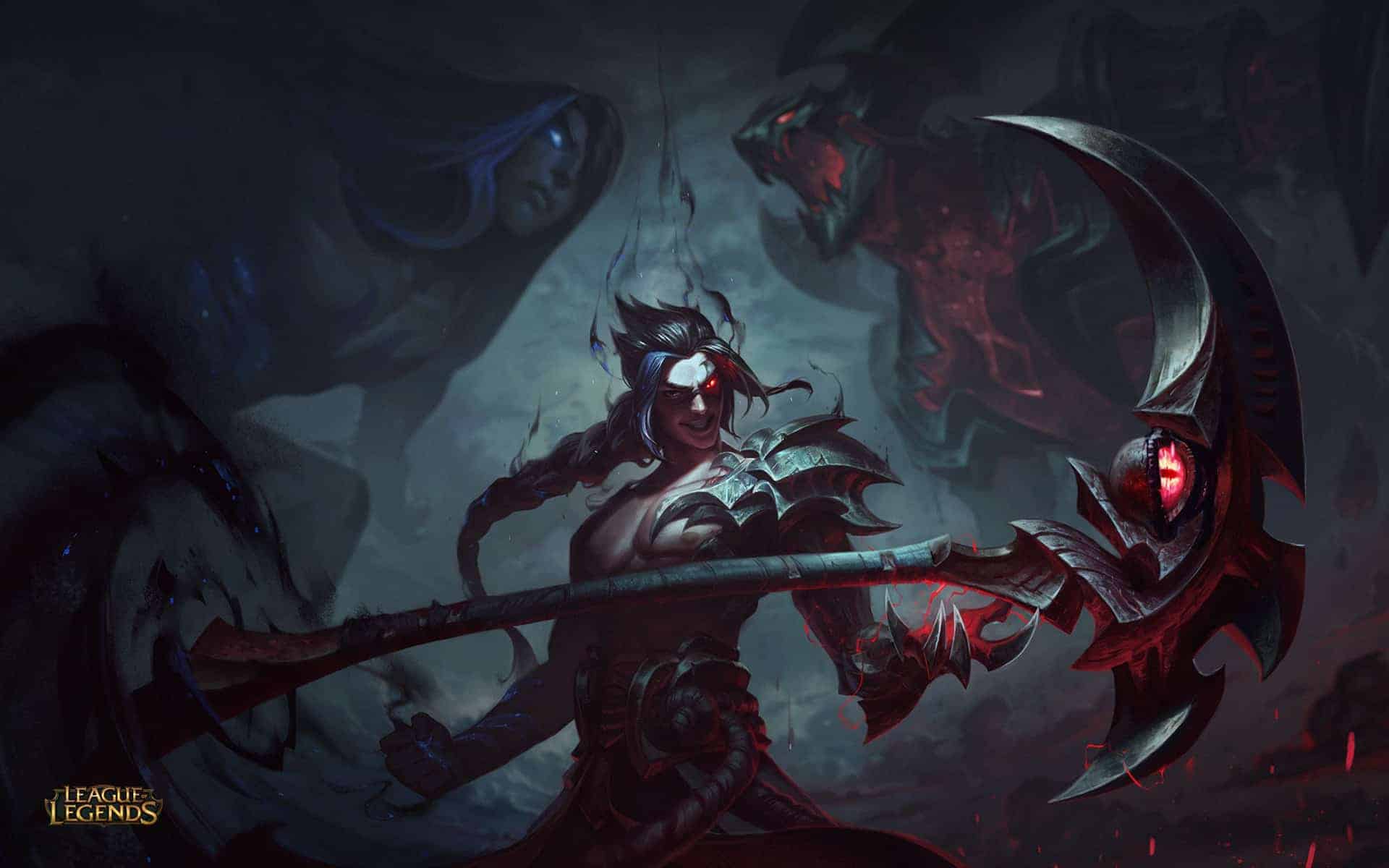 League of Legends is getting a brand new champion soon and we’ve got to admit he looks mighty interesting. Allow us to introduce you to Kayn: The Shadow Reaper.

The new champ has some cool abilities and unique mechanics. He can shadow walk through walls to surprise unsuspecting prey. He can also teleport himself inside of enemy players before bursting out and dealing damage to the unwilling host. But easily, the most intriguing aspect of his character is his ability to transform in the middle of each match.

See, Kayn is not only the practitioner of ancient, evil arts but is also the wielder of the sentient darkin weapon Rhaast. The two are always fighting for control of Kayn’s body and deciding who wins all depends on how you play and the types of enemies you defeat. Takedown some ranged champions? Then you empower Kayn to become the slippery assassin he’s always dreamed of being. But on the other hand, if you’re slugging it out with a bunch of beefy, melee targets then the cursed weapon takes over and you’ve got another frontliner for your team.

If Kayn remains in control he deals bonus magic damage to champions upon attacking them initially. But if Rhaast is in control then all of his spells will heal him for a portion of the damage dealt to champions. In addition to this, Kayn’s abilities will have altered effects depending on which aspect is in control. For instance, as the shadow assassin, Kayn’s ultimate, Umbral Trespass, can be cast from further away and will reset his bonus magic damage passive. But if Rhaast is in control, his ultimate will deal bonus percentage health damage and heal him for the amount dealt.

We are pretty excited to try out Kayn, he has a host of interesting abilities and spell effects worthy of a legendary skin. We’ll share our first impressions on the new champ once we get our hands on him. But until then, stay tuned to Attack Gaming for all of the latest MOBA news.