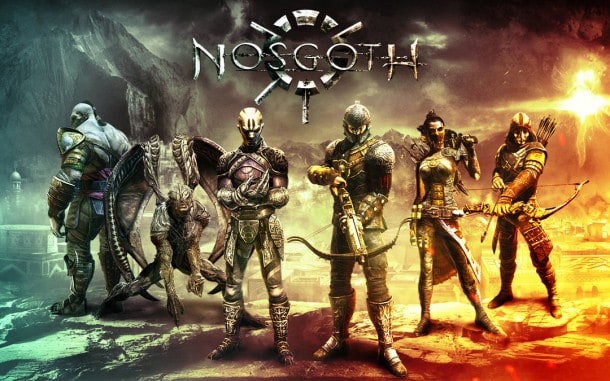 Square Enix and Psyonix today announced that their Legacy of Kain inspired MMORPG, Nosgoth, will be entering closed alpha testing next week. The registrations have been open for some time and the developers have warned that only a few invites will be sent; so if you’ve yet to sign up I wouldn’t get too excited. However you can sign up for the alpha today and still be considered for subsequent alpha and beta testing phases.

If Nosgoth has yet to appear on your radar I’ll run you through the basics. The initial rumors suggested that Nosgoth would be a free-to-play MOBA type game using the medieval/fantasy hybrid setting of Legacy of Kain and although the free-to-play aspect remains true, it’s now clear that Nosgoth is not a MOBA game. It’s a competitive team-based fighting RPG that combines action-packed combat with detailed character progression.

Players can choose to fight alongside Vampires or Humans, each with 3 distinct classes. We’ve yet to hear anything official in regards to a concrete release date but Square Enix have confirmed that Nosgoth will be available on Steam.