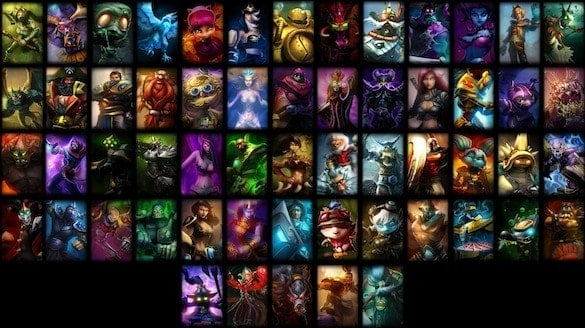 What can be considered the most loved qualities of MMO gaming for some people can often be the most hated for others. Love and Hate has breached upon a number of subjects thus far. Is it the massive environments that appeal to your gaming desire, or do they all eventually suffer lackluster repetition? Maybe you enjoy the social aspect of MMORPGs, or maybe you avoid using public chat functions entirely. You can loathe the grind of MMO leveling, or you can embrace it on your journey toward building some fantastic RPG characters.

MMO players would argue that their games provide many options toward building multiple characters. My biggest problem when playing MMORPGs is my constant bouncing from class to class, or even character to character. Lucky for me, MMORPGs occasionally provide a way for players to handle multiple characters. In most instances players can even transfer achievements and items between your old and new characters. When you create a new character, it almost always tends to be much better suited for the MMO world than the one before it.

Sometimes a character gets neglected and suffers the fate of a mule, becoming a mere alternate account used for storage. Other times people juggle multiple characters, even playing with different groups of online friends because of it. I love when a game provides a variety of options to restart and play the way you want. This keeps addicted MMORPG players content. More importantly, playing multiple characters exposes every player to an entirely new batch of opportunities and gaming experiences.

It?s great to have so many character options in such massive games, but some don?t come cheap. One limitation in many MMORPGs is a character?s inventory space. At a certain point, players are forced to find alternative options for item storage. Some games provide items like chests to increase storage space, while others provide increased inventory through a series of quests. It can be a tasking endeavor to accomplish these methods. It can be even worse when a player is forced to pay for the convenience.
Limitations on inventory space are okay but most MMOs force players to moderate their item collection. People shouldn?t have every weapon at their disposal of course. Still, there is no sense in restricting a player?s ability to pick up simple items like food just because their inventory is being occupied up by items they should never have to repurchase. Gamers definitely want a level of realism, but forcing players to waste game currency and items because they want to experiment with other endeavors is certainly not what they had in mind.

We already mentioned how great it is to play other characters, but when people are creating alts just to hold their primary characters belongings, something seems unfair. There wouldn?t be problem if every MMORPG offered endless free character creation, but that?s not how it is. Many MMORPGs only let you create a certain number of characters, with some even charging you to keep another character active. I absolutely hate that some MMORPGs charge you to create extra characters, especially when they don?t provide ways for your main character to experiment without wasting tons of their time in the long run.

Maybe I just have a bias from my own handful of MMORPG experiences. What do you think though? Do you play games that lack character and inventory limitation, or have you too found yourself debating what item you?ll regret throwing out least? Share your frustrating stories below and make sure to check back next week when Love and Hate discusses the problematic wonder that is – the mass multiplayer online gaming economy.