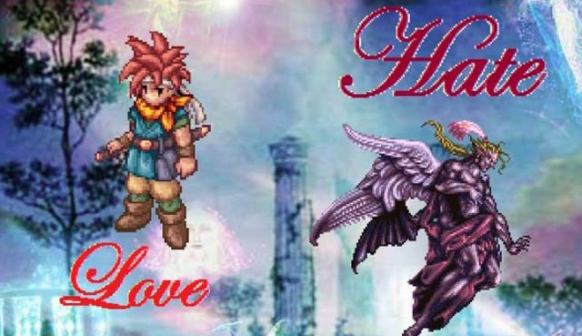 Each year, ESPN
columnist Matthew Berry writes an article called ?love/hate?. In this article
he gives opinions on why he loves and hates certain football players that year.
This idea although simple, can be applied to the video game world; so that?s
exactly what I did. This series aims to break down what we Love and Hate in the MMO
gaming world; including aspects like a game?s economy, chat methods, leveling
capabilities, and overall player interaction.

There are a multitude of things that can lead to a
successful MMORPG. Concurrently, gamers have also expressed a long list of
problems that vary from game to game. Being someone who spent a majority of
high school hooked to my computer playing Final Fantasy XI, it?s easy to
understand what it?s like to be too
involved in an MMORPG. When you spend most of your time away from a game
thinking about what you will do when you return to the game, it?s is a bit
much. This is the reality of MMO style gaming though. If you want to keep up
with other players, you need to be dedicated.

Every video game finds a way to tick off even the most
loving of fans. Whether it?s a shooter, strategy, or role-playing game it
happens to the best of us. So why do we keep playing? Why continue to dedicate
our time to such virtual accomplishments? It comes down to whether the love you
find throughout the game outbalances all the hate that goes with it. Do you
love the game enough to keep up and not quit?

Any experienced MMORPG player will go through gaming turmoil
at one point or another. With monthly payments, timely dedication to gameplay,
and players constantly vocalizing their opinions about how you experience the
game; it?s not surprising why people eventually drift away from their
once-favorite online environments. Even with reoccurring moments of rage
quitting though, MMORPGs find a way to deliver greatness and bring countless
people back to dedicated hours of entertainment. Every cloud has a silver
lining.

Today we begin with the lynchpin of MMO gaming; the massive
player interaction. There are endless people to interact with when playing your
favorite MMORPG. Through these experiences people form some of the strongest
bonds, while other times the person you once talked to most end up becoming just
another acquaintance over time. It can be sad when an online friend quits a
game or finds different methods of gameplay, but in most MMORPGs, all it takes
is a look to your left to find someone willing to have a good conversation with
you.

MMORPGs give people a way to connect online and build
relationships through the same enjoyable experience. The best part is that
unlike creepy chat rooms of internet past, most people are there to play the
game. It often doesn?t matter the age of the person you meet, you are there to
have fun with them and work together through virtual scenarios. In fact, most
people won?t ever know who you are, creating an online identity and not just a
game character.

Every country, state, neighborhood, and video game society
has its share of crazy people you may not want to run into; but it also has
individuals that share our morals and interests. Some of the greatest
personalities I have ever encountered were through guilds and party systems in
MMORPGs. More importantly, those friendships often transcend onto forums or
even real life, giving people a way to stay connected even after their run with
a game has ended. It?s one of the great qualities currently being built on the
MMO ATK Forums!

Whether it?s typing through game chat or hearing each other
through Ventrilo, players find a way to connect on similar interests in and out
of the game, building amazing relationships across areas of the world that
would otherwise never be possible. I love the way MMORPGs form relationships
and bring together people of similar interests.

With
all the greatness in a massively community, there is bound to be some bad eggs.
People can also act pretty horrible when it comes to anonymity. I?m not sure
how many times I have heard an argument turn to, ?I bet you are just some loser
who only plays this game? or ?living at your moms house, with no girlfriend?
etc, etc. I always wondered what kind of person is most likely to say this
reoccurring fallback of insults. Does this happen because anonymity allows
people to say it or because it prevents others from defending against it?

People
also need to stop telling others how to play the games. The purpose of a video
game is to be entertained. Insults and trash talk happen in all forms of online
game communication; anyone with Call of Duty headset experience will tell you
that. At least with a microphone you have a semblance of who you are speaking
with. I guarantee that most MMO gamers would alter their verbiage if forced to
communicate through a microphone rather than a chat box. I hate that gamers trash
other player?s actions just because they can get away with it.

What do you think about player interaction in MMORPGs
though? Do you have any great or horrible experiences that may have been a
deciding factor in your return to a game? There are still tons of MMORPG
aspects yet to be discussed. Make sure to check back next Monday when I discuss
the ups and downs of having community chat functions.