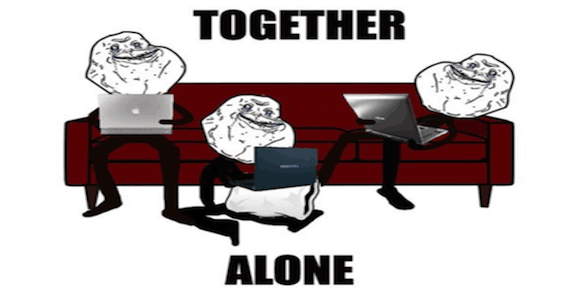 So far this series has covered a broad range of MMORPG topics. Last week I discussed the wondrous beauty, yet annoying experience of traveling through large environments. Before discussing the landscapes of MMO games, Love And Hate tackled the many ups and downs of player interactions in a massive gaming community. When it comes to MMORPGs though, sometimes the only thing you can do is suck it up and play with unfavorable personalities to progress through the game.

There is obviously a whole list of things a player can do on their own in an MMORPG. Still, there are few games that allow people in a massive world to avoid each other entirely. Most MMORPGs have a group fighting system that allows multiple players to take down a strong enemy. This ultimately gives players more experience and lets them progress to new areas at a reasonable rate. Very rarely will you find a game that allows a player to progress on their own at the same rate as if they were part of a group.

Have you ever heard of a raid being done alone? MMORPGs love to encourage players to work together. Games like Final Fantasy XI, World of Warcraft, and Aion all require players to create parties of six after passing initial areas of single player battle experiences. Other MMORPGs like Dungeons and Dragons Online rely heavily on multiplayer battle strategies, even during the games the lowest levels; many things throughout these popular MMO games require the assistance of other players.

People are basically forced to meet each other even if it?s just temporarily. Although forcing conversation and social interaction can be a bit uncomfortable for some players, it seems to work out for the better. It?s like real life. Unless you play video games to avoid real life situations, being forced into group experiences generally builds community. This can actually be very effective for shy individuals that might miss out on being part of a great gaming community. I love when MMORPGs provide a world for both charismatic and shy gamers; more importantly that the two are sometimes brought together because of it.

Working with teammates can be amazing, but sometimes you just want to jump on a game in the limited time you have and progress your character a little. MMORPGs create a broken system of gaming in a sense when a gamer needs to wait for other players to enjoy the game. Players obviously have to interact with each other on some level; it is a mass ?multiplayer? online game after all. Still, players should be allowed to progress a detailed character through an immersive game on their own, at least without it taking a thousand times longer than if they were with a group.

Forcing players to interact with each other and accomplish tasks in a community is fine. Impeding those players ability to enjoy a game based on the willingness of others to accept you seems unfair though. Sometimes the problem isn?t even players judging one another; it?s just the lack of people being online at the time you are. I absolutely hate having to wait hours just to build a team that?s required to play parts of an MMORPG. Gamers should never have to experience spending hours of their time waiting for group invites just because they play an unpopular class or lack a certain skill.

Maybe that?s all just part of the MMO gaming community though. What do you think about forcing player interaction in MMORPGs? Have you ever seen someone not invited or kicked from a group because they lacked a certain quality? Let us know your MMO party experiences below. Make sure to check back with MMO ATK next week when I discuss some of the must outstanding and loathed details of creating MMORPG characters.