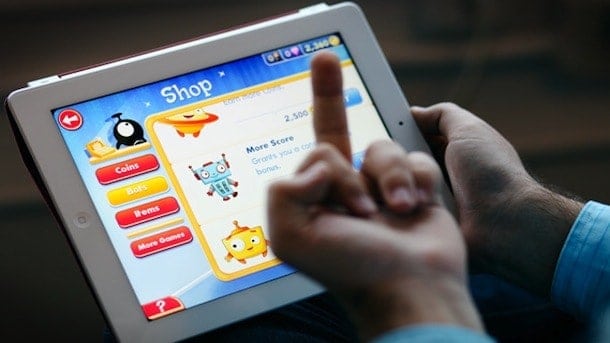 If you are a reader who frequents the article section of MMO ATK, you have probably stumbled upon one of our Love and Hate discussions. After covering the positive and negative aspects of many MMORPG features, there still remain a handful of topics to be explored. Today I take a look at something gamers usually prefer avoiding; paying to play a video game.

Some titles give players the fair chance at purchasing only what they want, without having to pay for the full price of a game. People shouldn?t expect for things to just come free in life, but when a game crosses into pay-to-win territory it becomes very exploitative. MMO games have truly exploited players through the use, and sometimes dependency, of micro -transactions. What then makes these small electronic transactions so popular?

I brushed over the topic during ?Love and Hate: The MMORPG Economy?. Throughout the article I defend the fairness of allowing people to purchase rare items that most players would otherwise spend hours trying to obtain. Many gamers have different opinions on the subject, but there?s no ignoring the success of some MMO titles; despite being considered play-to-win.

Popular MMOs like League of Legends and Guild Wars 2 seem to have a fair balance on purchasable content. League of Legends gives players the ability to purchase new playable champions, cosmetics, and game boosts. Many MMORPGs are taking a different route and offering only cosmetic upgrades, which is arguably the fairest option for everyone involved. With all these provisions, a game like League of Legends somehow avoids giving a competitive advantage to players looking to buy their way to victory. A truly composed team playing their roles correctly will always prevail.

I love that the play-to-win option is available. It gives people achieving real life goals the ability to experience a game in its entirety. This doesn?t happen for every MMORPG though. Social pay-to-win games are becoming an obvious cash trap for western gamers. Jared Psigoda of Reality Squared Games spoke with many Chinese game designers about the approach of their business models. Many companies are on record saying things like, ?I just dug this new pit, this monetization pit, that somebody could spend $10,000 or $50,000 in and not reach the highest level.? It?s all about the monetization of the game.?

Eastern developers may not be as transparent with their business intentions, but the money-grubbing technique is still present. I hate when games force players into situations where they need downloadable content to keep up with other players. It?s even worse when players paying for their success impede the dedicated gaming of others.

At the end of the day, everything boils down to what players think of they game they are playing. Pay-to-win, free-to-play, and pay-to-play games all work. It?s the dedicated fan base that decides if the play model is fair or not. The fine line between what?s fair and what isn?t can actually be pretty blurry from time to time. The point is perhaps best described by comparing two high reputation Final Fantasy XI players from the server Siren.

It has been years since I jumped into the virtual world of Vanadiel, but I will forever remember the character names Quazatza and GeorgeThePimp. On one side of the spectrum you have GeorgeThePimp, a gil buyer. George was as obvious as they come when it comes to buying items. Imagine mowing lawns all summer to save up for that new exclusive pair of Air Jordan sneakers. After all your hard work, you buy the shoes and show off your accomplishment to everyone at school. The very next day, you see a rich kid come in with that same pair of sneakers. That kid is GeorgeThePimp. The moment a new item became available, George had to have it.

GeorgeThePimp is a perfect example of why many plays hate the pay-to-win model of gaming. Quazatza on the other hand is the silver lining. Quazatza, another gil buyer, was known for buying countless items to swiftly level up his crafting skill. Before anyone could blink, Quizatza was a known professional when it came to crafting Leather goods. Many players resented him for essentially buying his way through craft leveling, but those players clearly never met the guy.

Much of my time in Vanadiel was spent camping a monster called Spook, trying to obtain his treasured item the Traveler?s Mantle. I would sit at the same grave plot hour after hour collecting low costing items to sell on the open market, all for a measly profit. One day a friend recommended I nicely ask a stranger to upgrade my items for me. That?s what makes the MMO genre so amazing, sometime people are just willing to help out. After some asking around, I got sent to Quazatza.

Understand something. Crafting in Final Fantasy is very tedious. Days can be spent just collecting the materials needed to improve a craft; and many times players fail their attempts and waste the materials they wasted so much time gathering. Some MMORPGs can be very harsh on the dedicated player, so it was nice to have a professional I could better rely on.

I handed over all 10 of my Traveler?s Mantles, and Quazatza was happy to oblige. Unfortunately, seven of the craft attempts failed, which is the exact risk every player runs when dedicating their time to such an endeavor. Instead of losing my items and money though, Quazatza felt so bad that he gave me a rare item to sell in its place. A player doesn?t need to do that for another player, but this one did.

Quazatza is a perfect example of why pay-to-win can be a good thing in MMORPGs. Players often hate an individual who pays to achieve what others dedicate their time to. Is that person truly bad if they in turn help other players who can?t keep up with the overall game economy? Needing to pay to beat a game is one thing. There is otherwise great benefit in allowing some players to quickly progress through an MMORPG.

The pay-to-win model may be different in games like Final Fantasy, but I still think the stories of Quazatza and GeorgeThePimp portray the true dichotomy of purchasable content in massive online communities. Some people may disagree though. Chime in below to let us know what you think about the payment models in MMO gaming. Make sure to check back in future weeks for more MMORPG Love and Hate.