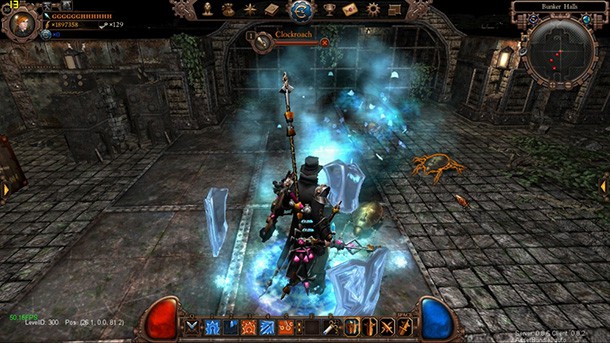 A recent press release has shed dark shadows over the partnership between Mechanist Games and publishers R2Games for the English version of the popular browser MMO, City of Steam. The developers stated that certain circumstances have meant the game has suffered from a significant loss of players but they didn’t openly blame R2Games for these problems.

Circumstances
have contributed to a significant loss of players and we?ve decided to
cease the current game operations for the Global English version and
take City of Steam back. This is a decision we have taken months to
reach, and are confident that it?s best for the health of the players,
the community and the game itself.
City of Steam is not shutting it down. We at Mechanist Games will
improve and self-publish the game, and endeavor to make it available to
as many of the original fans as possible by cooperating with popular
English language browser-gaming platforms (to be announced).

History tells us that MMO games that fail to impress tend to face execution from the publishers however Mechanist Games are grabbing this situation by the balls. It’s clear they’re not happy with how R2Games have handled the distribution and rather than closing City of Steam, they’ve decided to regain control and do it their own way.

The game has now been taken offline and will return sometime in November. It will then operate under the new name of City of Steam: Arkadia, bringing with it a host of new changes, features and content.