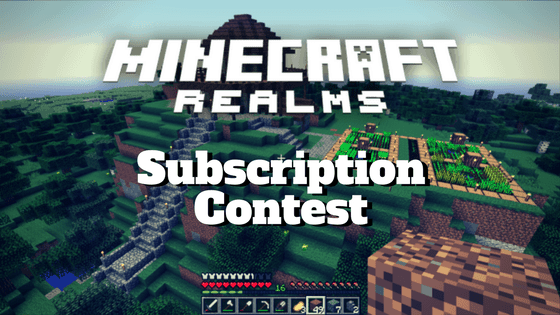 Minecraft has never been more fun to play with friends after the release of Minecraft Realms, a paid multiplayer server hosting service. With this service, players will be allowed to own private worlds that can host up to 11 of your friends at once! Your world will always be online, meaning you and your friends can play together whenever and where ever you want.

There are two separate versions of Minecraft Realms, one for PC/Mac and another for Pocket/Windows 10. The two versions are incompatible with each other, so you can only play with other people that have the same version of the game that you do. The upside is that by having two separate versions, the game will run well on any platform.

There are two different subscriptions available for the Pocket/Windows 10 version of Minecraft Realms. The first option will run you $3.99 per month and will get you a private server that can support 3 players simultaneously. The second option permits up to 11 players at once and will cost $7.99 per month

Minecraft Realms offers users access to an extensive list of minigames and maps. While in the Realms menu, you can temporarily replace your world with any of the pre-made maps designed by the community. Each map is placed into categories which include: World Templates, Adventures, Experiences, or Inspiration. So, whether you are looking for a template to start building off of or a unique adventure, Minecraft Realms has you covered.

In order to access Minecraft Realms, you will need to open the Minecraft main menu. Here you will be able to access Realms and change your game settings. Upon opening the Realms menu, you will notice several basic actions you can perform; among these options, you can create, buy, or configure an existing world you own. From this menu, you will also have the ability to invite players to your world and view any pending invitations you have. It should be noted, however, that all of these functions must be done from this menu and cannot be accessed while in-game.

Now for a limited time, you can win a free 30-day subscription to Minecraft Realms. All you have to do is submit a screenshot of your most unique creations from your Minecraft Realm to the MMO Attack Facebook Page! The person with the best creation will be announced at the end of July and receive their free subscription!