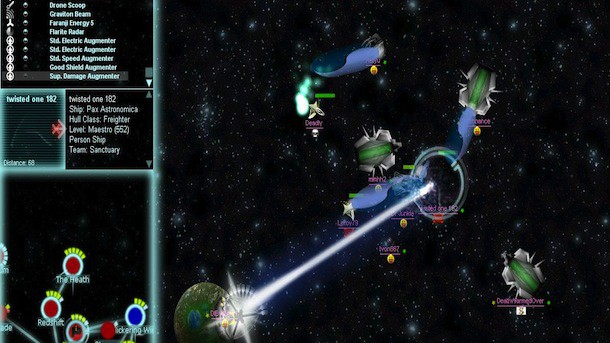 As seen on Todays Daily XP Video!
The space themed action MMORPG, Star Sonata 2, is about to get even better. Independent developers at Landauer Games have announced the release of the newest expansion for their sandbox style project. Best of all, the expansion is completely free of charge.

The expansion pack called ?Subspace Assault? will be releasing June 15, adding an entirely new concept to the game. Subspace will be a very unique Star Sonata 2 experience. Players must fight off a race of invading aliens called Aveksaka to better establish human control in the new area. This expansion takes user satisfaction to a whole new level. New content includes an overhaul of the universe map, restructuring of existing levels, and improved experience gain for both solo and group efforts.

These changes really hit home for some players. The most noticeable shifts in gameplay were actually derived from the top 5 most requested changes by the Star Sonata 2 community. Landauer Games truly cares about their fan base by stating, ?We value and appreciate the input of our gaming community above anything else as we continue to improve the gameplay, features and content of our Star Sonata 2 universe.? With an established community, developers who care, and now a brand new expansion; Star Sonata 2 is a game worth checking out