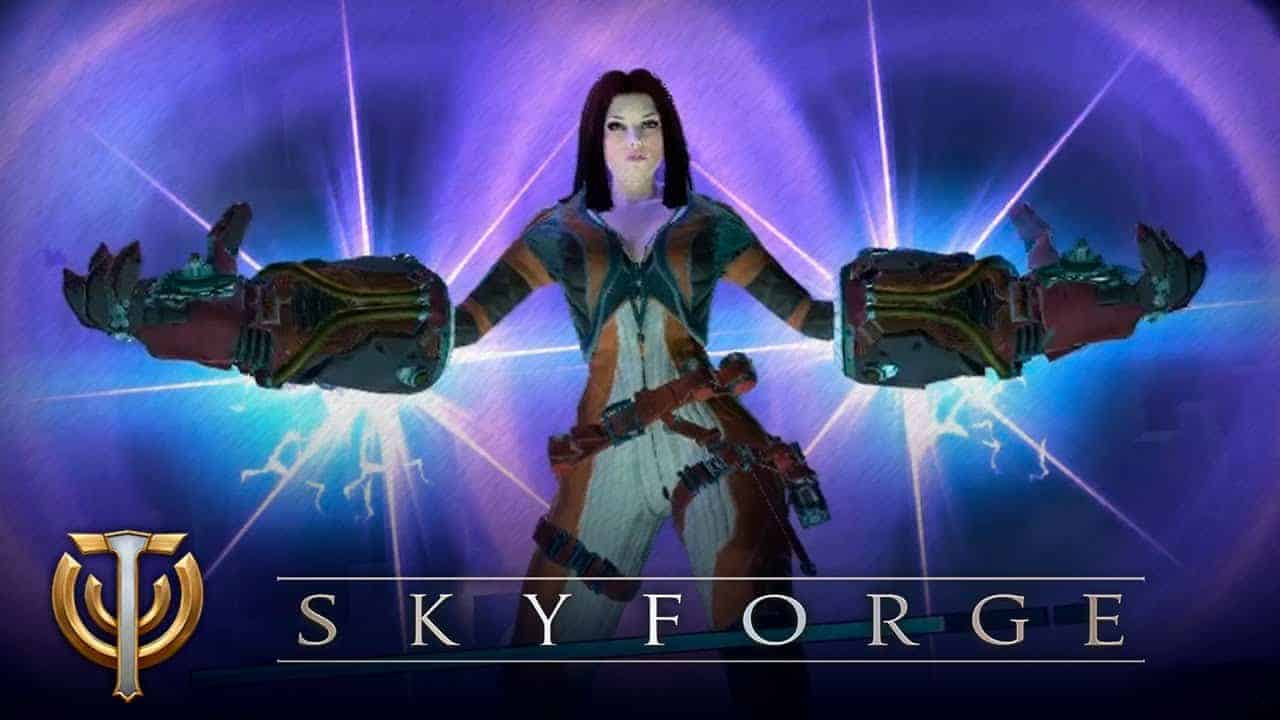 Today Allods Team and Obsidian Entertainment have revealed the latest class to their upcoming sci-fantasy MMORPG Skyforge.  The latest class, The Kinetic, is a master of gravity who controls the laws of physics to do some pretty intense stuff on the battlefield.

The Kinetic in Skyforge is capable of using gravity to destroy their enemies from afar.  Their kinetic powers enable them to rip colossal stones from the ground at hurl them at the opposition while also using magnetic fields to both restrict enemy movement and encase them in gravitational barriers.  These barriers can also be used for good when applied to an ally by surrounding them in a protective barrier.

Kinetic players will find that this class is very mobile and works well by not staying rooted in one position on the map.  Kinetics excel while constantly preposition themselves and casting basic attacks while staying at a safe distance from the enemy.  But the class can also work in close situations by placing a field around the opponent to slow them down, while increasing their own speed and the damage output of any other friendly Kinetics in the area.

The following gameplay trailer for the Kinetic shows off just how powerful these spells are and the best ways to use them in-game.