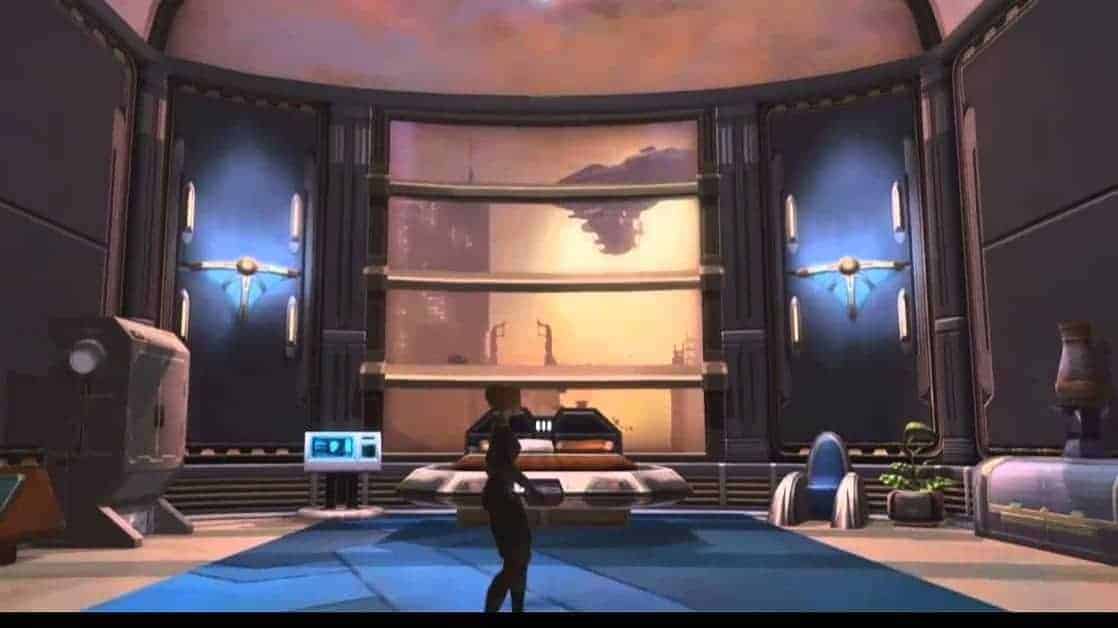 Cue epic music and scrolling text introduction as Bioware have finally announced player housing for Star Wars: The Old Republic. Since the games launch over 2 years ago the community has been crying out for player housing to finally make it into the game and although its taken a while, those cries have finally been heard.

During  a recent chat between community members and developers on Twitch.TV the hosts let slip a tiny bit of information about the upcoming addition of players housing before showing a very brief video showcasing some of the potential options.

Sadly the information is incredibly limited. During the community event they did state player housing is on its way, but that’s pretty much all they said. The video is equally lacking in information outside of what appears to be a very brief look at an interior and some items of furniture.

It’s very early days but waiting so long to introduce a feature that many have come to expect on launch day could mean some really exciting announcements are on the horizon for fans of Star Wars: The Old Republic.

Check out the video below: