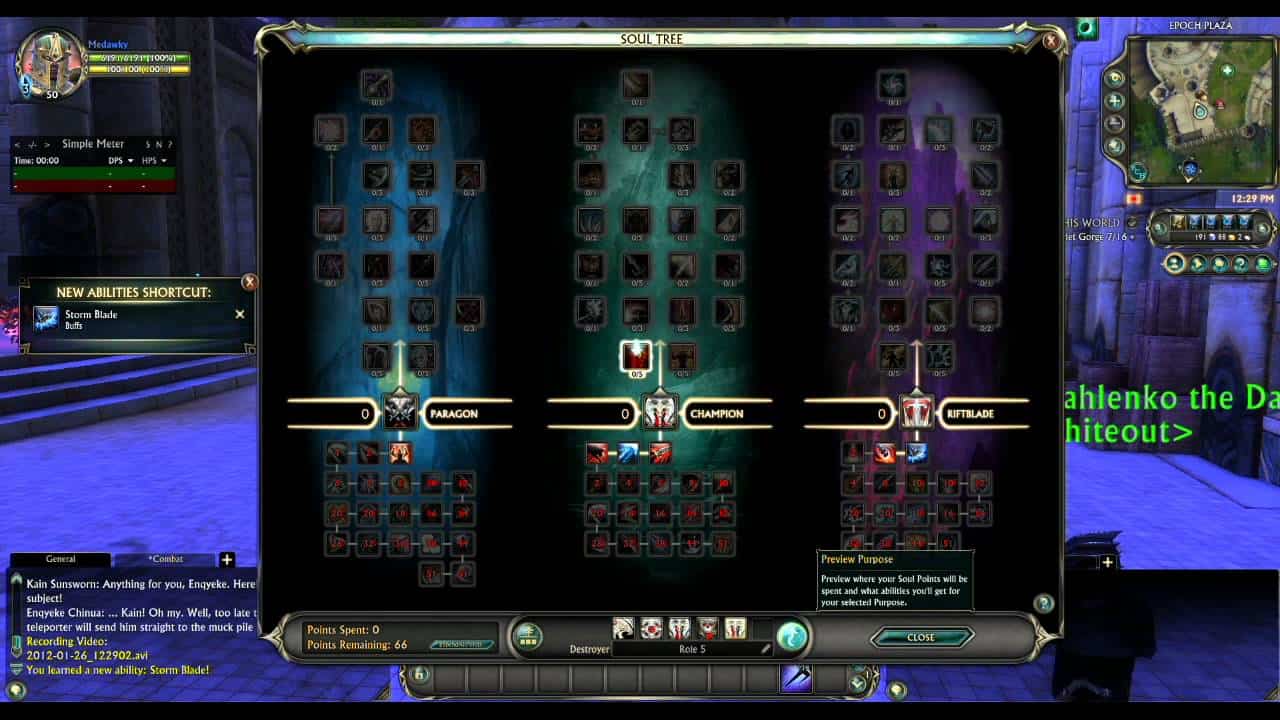 It?s almost time for adventure MMORPG Rift’s next big update, and this one is a doozy. You?ll find quite a few changes to the game in the form of minor tweaks as well one massive overhaul. The most important change, by far, is the addition of pre-made talent templates.
This new system is called ?Calling Purposes,? and allows you to forego the headache of moving your talents around in lieu of selecting a pre-made template. Your talents will automatically be allotted into the appropriate areas within that template as you level.
You?ll also receive a few tips about that particular build and a primer on how to efficiently play with it as your default. In the update, Trion notes that while some players may be upset by the perceived forcing of certain types of builds, the new template system makes it much easier for new players to figure out how to play, or for veteran players to try out a new class. It?s a common malady in popular MMOs ? you pick one class and stick with it for the duration of your career.
You can see the new system in action here.

What do you think of the new talent templates system?