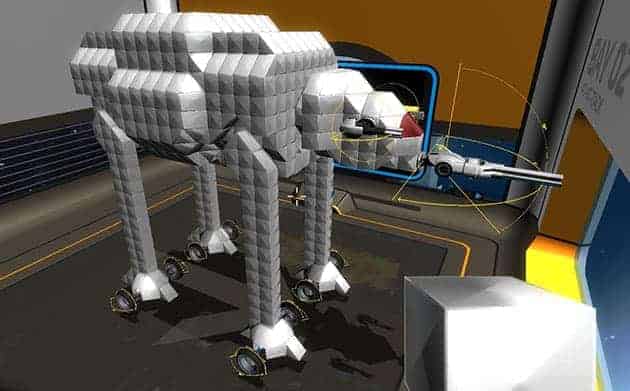 Most experienced MMO players likely glance over the Steam free-to-play MMO list with a look of despair as it’s filled with mostly poor, aging and lackluster titles, but once in a while something a little special breaks through. Late last night a friend contacted me via Steam, introducing me to a recently released Early Access MMO, Robocraft. My expectations were low but within a few minutes I was exploring the Steam Store Page in eager anticipation.

To my surprise Robocraft was actually proving quite popular among the Steam community, topping the likes of Path of Exile, Dark Souls 2 and War Thunder on the most played games at that time. It’s a free-to-play MMO that advertises itself as a clash between Robot Wars and Minecraft – allowing players to build incredibly detailed robots of destruction of almost any shape and size.

The game is in Early Access and features only a couple of maps and a simple game mode but even with this lack of content, the game is proving very popular among the Steam community. A new bonus engine was also recently deployed that sees players greatly rewarded for their prowess in combat, as well as their ability to build the perfect robot – which is by no means a simple task.

Check it out below, or watch out Robocraft First Impressions Video.