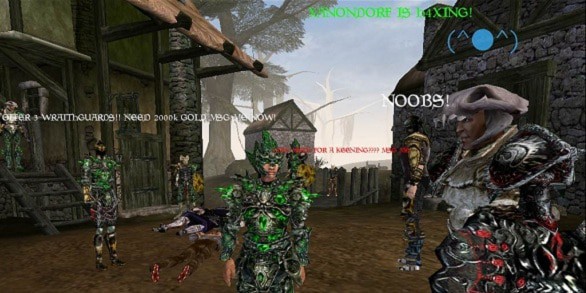 After the huge success of Skyrim a slew of forum topics and online conversations circled around how great an Elder Scrolls MMO would be. Skyrim proved how Bethesda has mastered at least a single player open world game populated with thousands of characters. What?s stopping them from throwing in a few real live people into the mix? According to a Bethesda insider who was recently interviewed over at Tom’s Guide, nothing. The source told the website that an imminent reveal for ‘Elder Scrolls Online‘ is slated for May.

There is much to be skeptical about however. Such a game would be a massive undertaking especially right after the release of yet another massive undertaking, Skyrim. There are however, many facets of this rumor that could point to it being a reality. For one, DLC still in development for Skyrim would be led by a B-team of developers over at Bethesda Softworks, leaving the bulk of the studio developing a yet unknown title. Secondly May is often the month when many teaser trailers premiere, building up the hype for E3 a month later.

The insider wished to remain anonymous due to contractual restrictions but whoever they are, they are building up some serious hype for either a massive let down or the biggest news story in MMOs this year.