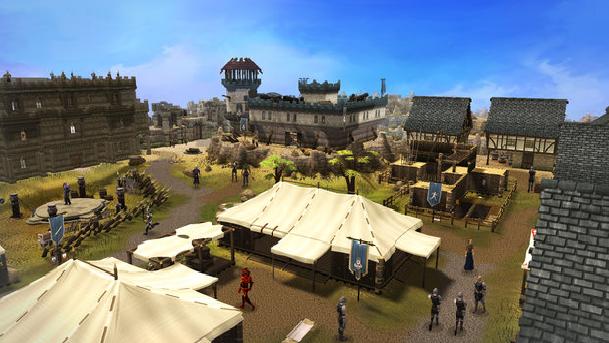 As seen on Todays Daily XP Video!
The highly anticipated MMORPG Runescape 3 is coming to mobile platforms. In an interview with Forbes, Jagex Games Studio recently announced that their upcoming free-to-play MMO will release on mobile devices later this fall after the game’s initial single-update release this summer.

Jagex Games Studio recently made the move away from the shrinking java market to HTML 5, seeing it as the future language of browser gaming. Design director Mark Ogilvie made it clear during the Forbes interview why the developers were heading in this direction.

?This technology helps bring alive the narrative of the game and
provides a more immersive experience for players, whether it?s the
textures that bring sea monsters to life or the details in the water at
beach parties or while fishing” said Ogilvie. “Tablets and other portable devices are in the future as we extend this ecosystem to any and all connected devices”.

HTML5 will definitely help allow better browser-based gaming on smartphones and tablets, which adds tons of expectations for the future of an already successful gaming franchise. Runescape 3 is certainly aiming to be another free-to-play MMO contender for the 2013.