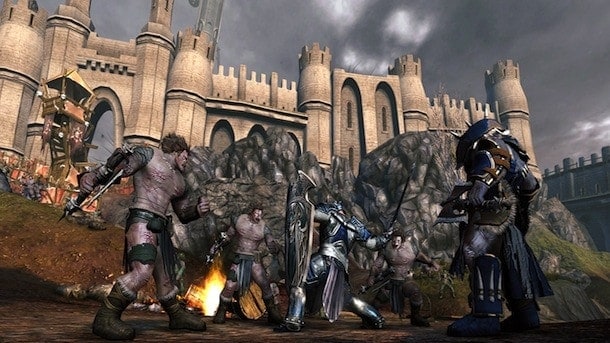 As seen on Todays Daily XP Video!
Perfect World Entertainment and Cryptic Studios recently announced the upcoming second expansion for the critically acclaimed MMORPG, Neverwinter. Shadowmantle takes its place as the second free Module for Neverwinter, bringing with it a brand new class in the form of the Hunter Ranger.

The Hunter Ranger occupies a unique area in the MMO class archetype as it offers both melee and range abilities. Players will have the option to switch freely between the iconic bow and the deadly duel daggers, both being able to launch powerful single target and AoE abilities. The Hunter Ranger also boasts some impressive crowd-control capabilities as well as dashes and jumps used to evade enemy attacks.

“We’re so excited to reveal Shadowmantle.
There has been great speculation about what our next class would be and
we’re thrilled to reveal the Hunter Ranger,” said Cryptic Studios
Executive Producer and COO, Craig Zinkievich. “Delivering new classes is something the team is committed to and this is just the first of many free classes to come in Neverwinter.”

Players will have the opportunity to explore the dark depths of the Neverwinter Wood as they face the challenges of the mysterious Dread Ring, a monstrous structure that was originally constructed as a home for ritual magic and sacrifice. Valindra Shadowmantle will be awaiting players brave enough to explore the Dread Ring as the lich and her army stand in the way of powerful artifacts and rare treasures. Shadowmantle will also introduce brand new Paragon Paths, new collections and rare artifacts.

Shadowmantle will release later this year.