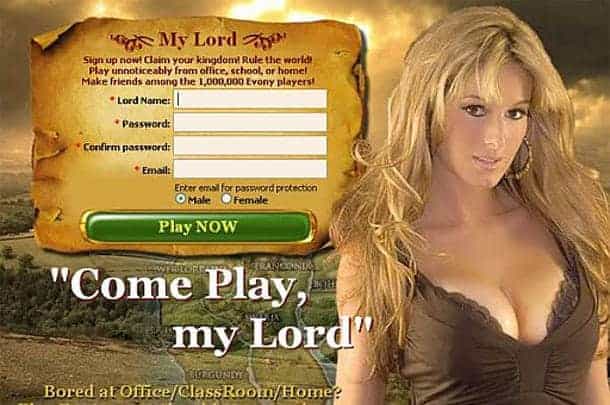 Confession time: For much of my life, I’ve been near as interested in marketing and advertising as I have in gaming. Yeah…I’m one of those guys. I’ve actually done a bit of research in my spare time, and believe it or not, there’s a lot of work that goes into most ads. To effectively sell a product, any advertising team worth its salt needs market research, an understanding of the product, creative input, executive oversight, and focus testing.

Whenever any corners are cut, the results are…well, let’s just say they aren’t pretty. The games industry, in particular, seems to be rather bad for this. I’m not quite certain why – maybe you’ve executives who aren’t gamers themselves; who just care about making a profit. Maybe advertising is only a secondary concern for the developers or publishers; they already know their game will sell on word of mouth.

Today, I’d like to look at some of the worst, most facedesk-inducing ads in the history of the industry.

I Hope You Get Killed By A Hitman! (Hitman: Absolution)

We’re living in pretty volatile times right now, folks. Large-scale slaughters are occurring overseas. The United States has had at least one high-profile mass shooting a month (with many more small-scale ones). All over the world, soldiers and civilians are dying in a hail of bullets. It was into this volatile climate that Square Enix had the brilliant idea to release the Hitman “Assassinate Your Friends” campaign.

It’s about as bad as it sounds. Using the Facebook app, players could put a ‘hit’ out on any one of their friends. At this point, the application would proceed to post a threatening message on the player’s wall. Anyone who accessed the post at that point would be able to watch a video of Agent 47 hunting them down. Oh, it also allowed you to insult your friends in the process.

Credit where its due, Square realized what a gaffe the ad was fairly quickly, removing the app almost an hour after it went up and posting a public apology. What baffles me is how anyone could think it a good idea in the first place.

According to the marketing division that’s trying to sell the free to play MMORPG TERA, you insult their games, mock their hobbies, then show overdone, over-the-top clips of them getting beaten to a pulp by a guy who looks like a penis that took one too many steroid injections (also known as “badass” Bas Rutten). There’s being edgy, and there’s being obnoxious; the MMO-FO campaign doesn’t so much tiptoe over the line as it does leap gleefully across before swan-diving into the pavement.

Racism and the PSP

https://www.youtube.com/watch?v=YVE69E6hfos
There was a dark time in Sony’s past – during the PSP launch – where every single member of the ad agency it was working with spontaneously suffered severe brain damage. That’s my theory, anyway – I’m not sure how else anyone could have thought the PSP Squirrels (one of their most notorious spots is featured above) were a good idea. They were poorly animated, racially charged, and honestly…just downright irritating. The Dust Bunnies were just as bad; I suspect the fallout from these ads (and the PSP “White Is Coming” billboards in Europe) was largely responsible for Sony’s later decision to ditch its ad agency of almost 13 years. Everybody knows sex sells. It’s one of the fundamental truths of marketing. Apparently, the people responsible for Evony (which is an objectively awful game to begin with) decided that sex was ALL they needed in order to sell. They proceeded to paste porny ads featuring nearly-naked models on nearly every ad network they operated in. Hey, why put any effort into marketing when your game is a steaming pile of crap, right?

Evony’s more or less disappeared, but now a new game has taken up the mantle of sleaze: Wartune. It’s taken things even further, however: it’s been billing itself as an ‘adults only’ fantasy game ‘for men only.’ It features charming slogans like “Your body is my party…let’s get it STARTED” and “she has all the excitement you need!” Oh, and just like Evony, it’s also garbage.

https://www.youtube.com/watch?v=g0ha6Mb5_YQ
I was excited about the OUYA when it first debuted on Kickstarter. The idea of an open-source Android console was pretty exciting to me, as was the fact that it would effectively be completely open to developers. Then everything kind of just collapsed inward on itself. First, CEO Julie Uhrman revealed that the console would be released on an annual basis – a new OUYA would hit shelves every year. Then, we found out that the specs were nothing special. After that, rumblings of Kickstarter scams started further marring the OUYA name. By the time the ad pictured above debuted, I’d already given up on the console. For me, that abomination was pretty much the final nail in the coffin.

Shadowman 2: Coming To A Graveyard Near You

Way back in 2002, Acclaim decided that the best choice of medium to advertise Shadow Man: 2econd Coming was a graveyard. That’s right – it used one of the most personal, sacred places in Western culture as a marketing tool, buying up tombstones across the UK and inviting relatives of the recently-deceased to get in touch if they wanted to sell an advertisement on their loved one’s tombstone. They called it ‘deadvertising,’ and noted that poor families might be especially interested in subsidizing the costs associated with funerals.

The response was rather unsurprising: “for God’s sake Acclaim, fire your marketing department.”