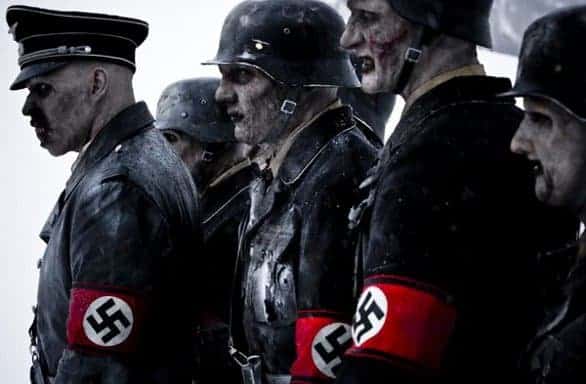 It’s an unfortunate reality of entertainment, particularly in the games industry: someone popularizes something; be it a lighting technique, a game mechanic, or a story device. Others begin to take notice of what that developer did; of how their actions have resonated with the fans. They begin to incorporate these elements into their own games.

Before long, a circle-jerk of epic proportions ensues: everybody’s doing it, and soon, the idea starts to get overused, boring, and stale. It happened in gaming’s early days with chosen ones and World War II shooters; now it’s starting to happen again: here are a few overdone mechanics, themes, and settings which a lot of folks are probably getting tired of seeing.

Note that none of the items on this list are necessarily bad: They’ve simply become overused to the point of total saturation.

I don’t dislike Quick Time Events, truth be told(even though everyone who’s ever made an action game seems to be in love with them). They can actually be pretty fun, if they’re used effectively, and if their use furthers game-play. Unfortunately, it seems like, more and more; developers are just adding them in for the sake of having them. Take the final ‘boss’ battle of Halo 4, for example: the entire thing consists of pressing a few buttons and pushing the thumb-stick forward. That’s it.

It didn’t add anything to the game whatsoever: on the contrary; it felt like the biggest letdown since “Finishing this Fight.” in Halo 2. I understand what they were going for with it; but it ultimately came across as boring and more than a little lazy.

That’s the sort of trend I’m talking about here: when quick time events take the place of actual game-play.

Most people can probably agree that the pop culture craze surrounding zombies started with one George A. Romero – and has been increasing to a fever pitch ever since Max Brooks wrote World War Z. Admittedly, it’s not hard to see why everyone’s got such an obsession with the living dead – they’re frightening husks, all of which were once human. They represent the eventual moral and psychological breakdown of civilization; consumerism taken to a horrifying extreme where consumption is the only thing that matters. In the best zombie games; the presence of the living dead isn’t always a tangible threat: it’s the live ones you usually have to look out for.  It helps that they’re also really, really fun to shoot.

But we’re getting off track.

If the whole debacle surrounding The War Z has made one thing clear, it’s that a lot of the shiftier devs out there are starting to see zombies as the next gravy train in gaming. That’s not a good thing. How many flesh-eating living dead can one kill before it starts to get old?

I guess we’ll find out.

Ladies and gentlemen, we have become obsessed with moral choices in video games. Nothing wrong with that…except that we need to categorize these choices as good or bad, right and wrong, altruistic and needlessly, puppy-murderingly cruel. Such a simplistic concept of morality confuses me a little – mostly because I’m not certain why something like moral choice needs to be categorized in such a fashion; why it needs to be diluted and simplified to such a degree. Real-world morality is difficult and complex: some of the greatest minds have been puzzling over it for centuries: if the vast array of different theories is anything to go by; no one seems to be able to agree on just what ‘good’ and ‘evil’ are.  It doesn’t help that far too many of them require the character to be an unapologetic jackass to…well, pretty much everyone.

Imagine, if you would, that the real world incorporated some sort of dichotomous “good and evil” gradient upon which everyone fit. You could know at a glance who was good and who was evil – you’d more often than not be able to tell almost immediately who you should trust and who you should steer away from. In addition; every time you committed an act which would change your “moral standing;” you’d get a handy little notification, maybe an angelic blue aura or a burst of demonic fire.

Of course, to get the latter, you’d need to go around stealing candy from orphans and punting kittens, so it’s pretty much useless for determining whether or not someone’s a good person anyway.

It seems like just yesterday, everybody was complaining about the overabundance of World War II shooters. The premise of every single FPS on the market was “these guys are Nazis; you’re an Allied soldier – go shoot them.” It seemed like there’d be no end to the WWII shooters…until FPS titles began to shift en mass to modern day. Now, we seem to be suffering from the same trend, to a lesser extent: virtually every ‘realistic’ FPS these days is set in the modern age or shortly thereafter; all of these titles have foreigners (usually Middle Easterners or Russians) as the primary antagonists; some power-mad warlord always wants to take revenge on America/blow up the world/conquer everything. And for some reason, the lone soldier (or soldiers) you play as happens to be the only one capable of stopping them – as though you’re a genetic fusion of Chuck Norris with Bruce Lee who uses a gun instead of martial arts; with a kill count that would have most folks sending you in for psychiatric evaluation.

Don’t get me wrong, some of the stories are quite well-written. it’s just that with such a rich, incredibly varied tapestry to work from; it bothers me that so many developers seem content to settle on the mute browns and grays of modern-era war zones. I’d love to see more high fantasy or medieval FPS titles, with wizards and warlocks instead of soldiers and shotguns. Hell, even a few more sci-fi shooters would be nice, to mix things up a bit.

Plus, none of them take war all that seriously. Sure, there’s drama, and loss, and character growth; but somehow the abhorrent kill count between is totally ignored. That’s what makes Spec Ops: The Line such a good game. It doesn’t ignore those factors. Yeah, I know – shameless plug.

This one’s somewhat related to zombies-  but distinct enough that it receives its own heading.

One thing I’ve noticed – and this isn’t just a trend in modern games – is that we seem to have some kind of obsession with the end of the world. So many titles over the past few years have involved some kind of cataclysm that it’s becoming somewhat difficult to keep track. And why not? I mean, a story can’t really invoke tension or drama if there’s really nothing at stake. No one wants to play a title about Ted’s trip to the supermarket to pick up dog food, but Theodore’s efforts to bring down a mad sorcerer before he transforms the world into nothingness is primo material.

Of course, post-apocalyptic titles also fit under this vast umbrella, as well. I’m not sure what it is, but the concept of surviving in a world which is beyond saving just seems to appeal to people. Maybe we’re exhausted with the safety of civilization?

Last, but certainly not l
east; let’s talk about the hyper-machismo that’s punctuated so many shooters over the past few years. In far too many genres – particularly shooters – there appears to be an obsession with making characters ‘macho’ – as though no one would want to play a game starring someone who either isn’t male, doesn’t have power, or lacks the necessary musculature for wrestling a bull elephant into submission.

Noteworthy offenders include Marcus Fenix, Kratos, Asura of Asura’s Wrath, War from Darksiders, pretty much all the protagonists from Army of Two….you get the idea. Of course, this trope is perfectly acceptable when it’s played for laughs, as is so often the case.

What overused elements and themes have you noticed over the years? Give a shout in the comments!