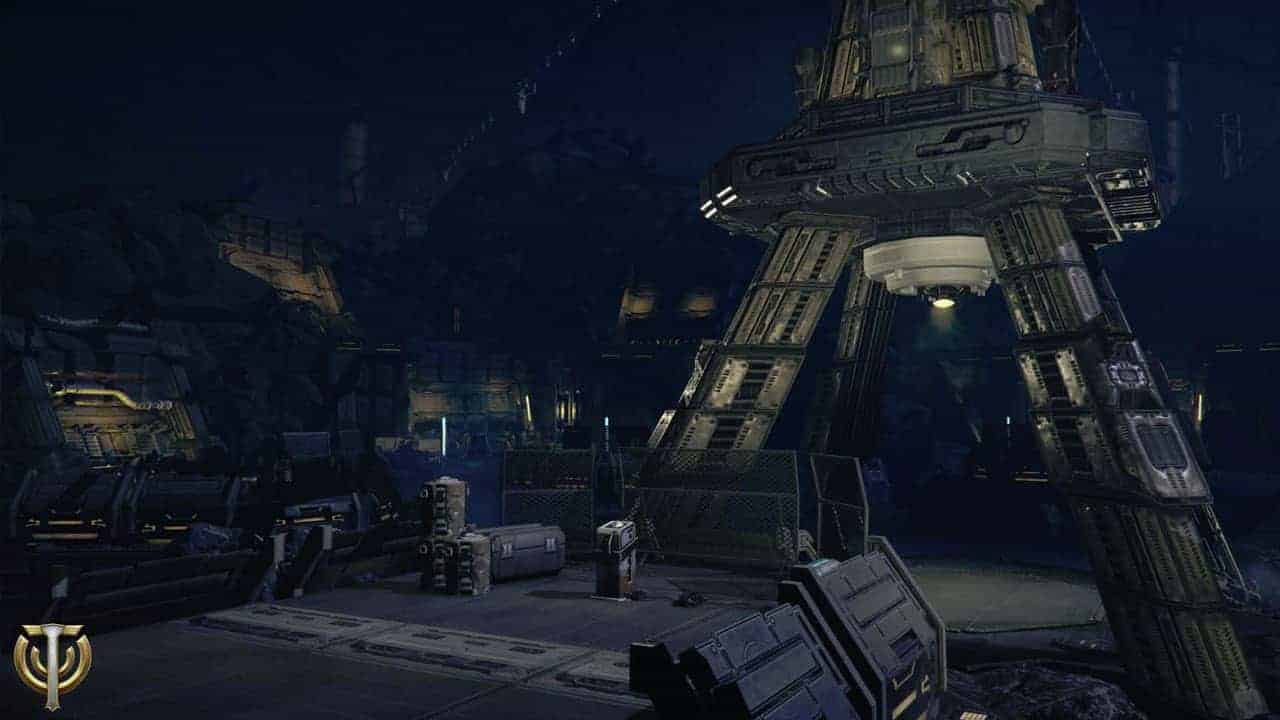 Lugran Research Base is an every man for himself, free for all game mode map.  The victory goes to the first player who can kill ten opponents.  This game mode will feature 6 players with an energy source in the map that can buff nearbye characters.  This energy source is a main area for fighting to take place as players will want to be enjoying the buff.

One important thing to note about Lugran Research Base in Skyforge is that only that player that lands the final killing blow will get credit for the kill.  Players will find a lot of kill stealing happening in this map for that reason.  One way to approach this map is to wait for everyone else to weaken each other, while you come in to finish off those who are left.

Kingezi Arena is based on the team deathmatch model, which pits two teams of three against each other.  Players will be able to form a three man team in advance, or be picked randomly to be teammates.  The winner of the TDM is the team that wins in five rounds and sends all opponents to the resurrection point.

This map requires a good amount of teamwork, and works best with teams who do coordinate with each other.  There are two angular platforms where bonuses can appear.  You will use the teleportation devices in the center of the map to access the platforms.  But remember, this is where most of the battles will take place, as teams fight to keep the bonuses for themselves.

Alcedon Facility is a slender, asymmetrical map that is divided into three separate sections.  There are different goals that teams will need to accomplish in the Payload game mode: one is to get the cargo moved from one location to another, while the other team tries to stop them.  The teams can win this mode by getting the cargo to the checkpoint before the time runs out, if that does not happen, the opposite team, defending team, wins.

Cargo in Alcedon Facility is moved by having at least one player from the attacking team next to it, the more players nearbye, the faster the cargo goes.  Teams that can coordinate between moving the cargo and clearing the way ahead perform much better than those who do not work together.  Defenders do have an advantage with the cannons that are located at certain points on the map.  These cannons can wipe out a whole team of attackers, so they will be trying to keep you from attaining them.

The Esten Quarry is the largest PvP location currently in the Skyforge beta.  On this map, two teams of 12 players will be battling it out in a capture the flag scenario.  The rules of course are simple, capture and carry the enemy flag to your home base, while denying the enemy from trying to do the same.

The Esten Quarry offers several ways to get to each others bases, you can use the upper or lower areas to try and confuse the enemy.  The zone also offers special springboards which help you move much more quickly to your destination, but also may send you right into the enemies waiting below.

Check out our Skyforge Classes Guide for more on this upcoming MMORPG!