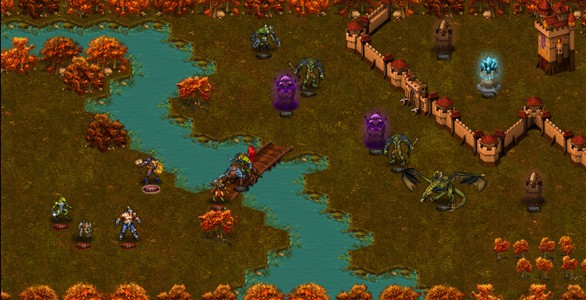 Burst Development have just announced the content and features heading into their unique turn-based combat game, WarMage Battlegrounds. Update 1.13 boasts an exciting array of additions to an already expansive title, making changes to practically every area of the MMO.

WarMage Battlegrounds is a multiplayer fantasy battle game where you?ll build and configure a mighty combat force from an enormous collection of powerful spells, deadly battle units, ancient artifacts, and magical items and then attempt to vanquish your enemies in highly entertaining turn-based battles. After creating a WarMage character, commander of your combat force, you are just seconds away from exciting, multiplayer fantasy battles.

WarMage Battlegrounds is designed for 2-4 players, is free to play, and runs in any web browser without a download. WarMage Battlegrounds improves upon traditional turn-based, tactical combat strategy game mechanics in many ways including how they?ve been adapted to deliver a fast-paced, and rewarding, 2-4 player cooperative and competitive fantasy battle experience. Combat mechanics reward strategic thinking, knowledge-based skill, and careful battle preparation, while simplifying the decisions made during each players? turn, to deliver loads of fun for any fan of turn-based strategy games.