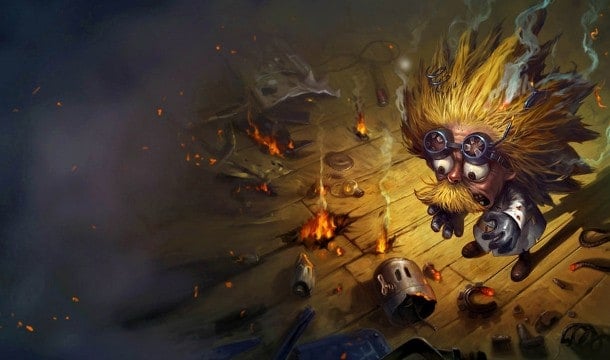 Back when I was a student, I had a fairly cavalier attitude towards software piracy. While I refuse to say whether or not I participated in the act, I didn’t really think ill of those who did. Since I’ve started writing regularly about gaming and learned more about the industry…my stance has changed a bit. Today, I’m going to explain why, and hopefully sway at least a few of you over to my way of thinking.

‘course, I might just piss everybody off and start a flame war that’ll go down in the annals of Internet history. That’s okay too.

Oh, before we begin, I should lay out a few ground rules:

Now, before we get even further off track, let’s get started. Why should you stop pirating games?

I’m going to preface this by saying that if you have ever -ever in your life- pirated a game put out by an indie developer (except maybe Mojang, which doesn’t care), you are an irredeemable sack of crap. Seriously – you’re worse than Miley Cyrus’s twerking video(I refuse to sully my article by linking it here). I hope a virus wipes your hard drive, that your parents disown you, and that you get mauled by a pack of rabid tabby cats. In that order.

I’ll cede one point here: when you pirate a game, it isn’t theft. You’re not stealing a physical product, nor are you depriving anyone else of the experience. What you are doing is something else entirely – you’re depriving the people who made the game of a sale. Yeah, I know, you’ve heard this argument before(from those banal, clueless record executives).

In the case of independent developers such as Lucky Frame, the effect should be easy to see. Every time someone pirates a game, that’s money the developer isn’t getting for their hard work. If enough people decide to pirate instead of purchase, that developer can’t put out games anymore. It shuts down.

Now, with larger organizations such as EA or Activision, the impact is much more difficult to see. After all, we’re talking multinational conglomerates that make billions of dollars annually. Why would a single lost sale hurt them? Surely, the big development firms can afford to have a few lost dollars here and there, right?

You’re right. To some degree, anyway. The executives at EA probably doesn’t give a damn that you pirated Mass Effect 3. The developers at Bioware – the people whose jobs quite literally depend on continued sales of their titles – do. If a game isn’t profitable, if everybody pirates a title instead of selling it, it’s not Frank Gibeau who’s going to be hurting; it’s Frank from Character Design. It’s not the publisher that might shut down because of piracy and poor sales, it’s the developer.

If you answered no to any of those questions, I’ve just one more for you: why the tap-dancing Jesus nipples do you think it’s alright to get games for free?

The perception that one should be able to play a game even if they don’t have the money to pay for it – and especially if said game isn’t all that great – is entitlement at its worst. I get it – it sucks that you aren’t able to afford a game. God knows I’ve been there on more than one occasion. That doesn’t make it okay for you to simply dive face-first into a festering pit of digital gluttony and torrent it.

Gaming is a privilege, not a right. Like any luxury item; if you can’t pay, you shouldn’t be able to play. Now only that, games are pretty affordable these days anyway (more on that in a moment).

One of the chief reasons a lot of people pirate is because there’s far too many developers out there who don’t fully understand the piracy problem. They saddle their titles with cumbersome DRM that’s so irritating to deal with; many legitimate customers have no choice but to pirate if they actually want to play their game. As already established, I’d argue that this is one of the few situations in which piracy is acceptable.

Wait, what point was I trying to make again?

I find the presence of this DRM to be the culmination of a sort of vicious cycle (though that doesn’t make it even remotely allowable). Let me ask you – why do you think so many developers are running scared? Why are so many publishers, after planting their heads firmly up their rears, vomit out so many poorly-conceived copy protection solutions?

It’s because they perceive piracy as a problem, and they’re desperate to stop it. If fewer individuals pirated, we’d likely see this sort of thing cropping up less and less often.

Guess what time it is, folks? It’s time for the obligatory Valve ass-kissing session! A few years ago, Valve’s Gabe Newell famously referred to piracy not as a pricing problem, nor a legal problem, but as a service problem. Given the degree to which piracy has evidently taken a nosedive since digital distribution platforms like Steam have come to prominence. Due to a combination of good PR, deep discount sales, a
nd (reasonably) good service, Steam has effectively made it easier to be a legitimate customer than it is to be a pirate.

So how about that? On PC, you’re putting in more work to pirate than you would to simply download a game. You’re basically making an effort to be an asshole.
[heading]You can afford to, if you’re patient[/heading]

Again, this is a contentious point, but as I just established, digital distribution means that games have the potential to become much less expensive than they used to be. During the 2013 Steam Summer Sale, for example, I purchased Bioshock Infinite and Borderlands 2 for fifteen dollars apiece. I bought Dishonored for ten. All those titles normally go for upwards of fifty.

The fact is that if you show a little bit of patience and restraint, you can probably afford whatever game you’ve got your eyes on. Plus, I can almost guarantee that once you move out of your parent’s place/complete your degree/actually have disposable income, piracy will seem more of an inconvenience than just spending a part of your paycheck.

So, yeah. Piracy is illegal. Scary, right? You can almost hear the police coming to break down your door, snarling about how you’re worse scum than the child molester they arrested last week.

I’m not going to go on about how you wouldn’t steal a car, or a purse, or whatever. Ads like that are absolute jokes which display a fundamental misunderstanding of the issues surrounding piracy (not to mention the fact that piracy is not theft). In all honesty, legality shouldn’t even factor into your decision not to pirate. Basic human decency should.

Imagine yourself as an artist, or a developer, or a musician. Some sort of artistic, creative pursuit. Something where you’re doing what you love. You spend hours, days, weeks; months pouring your heart and soul into your latest work. When you finally finish, and step back to take a look, it’s good. It’s damn good. It’s your masterpiece, your magnum opus; it’s your ticket to making a living doing what you love.

You manage to find a publisher (or go independent), and then a funny thing happens. You have millions of fans, but you’ve only made a hundred or so sales. People do love it..but no one is willing to pay for it. You’re worth their time and admiration, but you clearly aren’t worth their money. How do you feel about that?

Imagine something else: imagine, as you’re downloading a game, that you’re friends with someone on the development team. Do you still want to pirate, knowing that you’re basically taking money out of a loved one’s paycheck? More than anything else, that’s why piracy is wrong – because you’re effectively sending a message that content creators aren’t worth even a few dollars to you. In this case, how you actually feel is irrelevant: actions speak louder than words.

[heading]Most legitimate titles are stabler, anyway[/heading]
This one’s pretty self-explanatory. After Titan Quest developer Iron Lore Entertainment shut down, THQ’s Michael Fitch revealed in a rather furious rant that one of the reasons was that people were pirating the game, then complaining that it would crash almost immediately after the first quest. The reason?

It was built-in copy protection.

The simple fact is that save for a few rare cases, pirating a game means you open yourself up to a whole host of problems you likely wouldn’t encounter if you simply purchased the game through legitimate channels. Games these days are complicated – the largest ones are developed by studios consisting of hundreds (or even thousands) of employees. To think that a few code monkeys could, out of boredom, crack such expansive titles and not have at least a few things go wrong is sorta naive, don’t you think?

Again, this one’s pretty simple to understand. If you’ve pirated a game, don’t go whining to the developer that it’s not working as intended. Don’t go around complaining that you’re having problems, or having a negative play experience. You haven’t paid for the product, so why should the people who made it help you get it working?

For even a remotely savvy user, this one’s pretty irrelevant, but…there are a lot of viruses floating around out there. There’s a fairly high chance that whatever game you’re downloading is safe, of course…but there’s also a chance that it contains a system-melting virus packed comfortably into the game’s files. That’s to say nothing of the myriad pieces of spyware and malware you might pick up from your time on some of the less reputable torrent sites.

Avoiding these is simple. You could use an antivirus program, ad blockers, script blockers, and pop-up blockers…or you could just buy the game.

In the past, I supported piracy of certain titles simply because of how fundamentally I disagreed with the practices of the publisher. To me, it was a pretty good way of hitting them with a big “screw you.” Looking back, that does seem a little foolish – after all, how would a developer know if you’re pirating a title because you dislike them? How do they know you aren’t just pirating it simply because you don’t care to pay?

Plus, most developers actually aren’t that terrible these days. I’d like to think that a lot of organizations in gaming have finally come to understand one of the most basic tenets of doing business online: your customer needs to like you. With that said, they’re actually making an effort to ensure that people do. As developers and publishers become more accountable to their customers, the list of developers that it’s ‘okay’ to pirate from grows smaller and smaller.

So there you have it. There’s a few reasons why you should stop pirating. Have I made some good points, or am I simply blowing enough hot air that I should consider a career in politics? Gimme a shout in the comments and let me know!