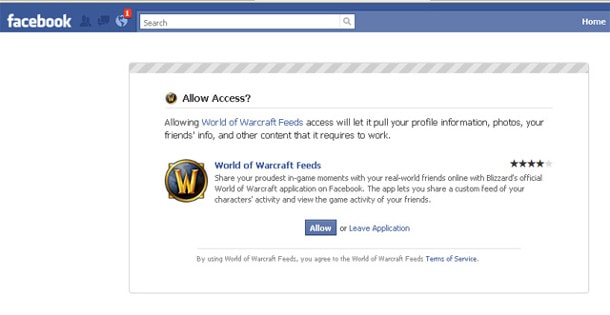 Social networks have effectively changed the way we…well, do pretty much everything. We interact differently, work differently, and even view the world differently since the birth of Facebook – there’s even talk that it’s bringing about a fundamental change in the way we think. It should thus come as no surprise that they’ve also had a considerable impact on the world of MMOs.

Here’s just a few ways that they’re re-shaping both the present and the future of the industry. I’ll let you folks be the judge of whether that’s for good or for ill.

With how successful many Facebook games have been (a partnership between Facebook and Zynga effectively put the latter on the map before it crashed and burned), it’s no surprise that many developers are beginning to turn their eye to the social network. The nature of Facebook – a massive, interconnected communications hub that pretty much everyone uses – makes it uniquely suited as a platform for MMO developers particularly given how many games on the network feature grinding as a core mechanic.

All an MMO developer really needs to do is offer some sweet incentives, and they’ve effectively already attained an audience.  Naturally, Facebook MMOs are going to look vastly different from more traditional fare, but we don’t really have time to get into the intimate details here. If you’re really keen on finding out more, I’d direct your attention to a rather excellent piece posted over on Joystiq.

Facebook MMOs are just the tip of the Iceberg, too.

Let’s be honest. Pretty much everyone here has an account on at least one social network – probably even several. It’s how many of us communicate. Hell, let’s be honest – it’s how many of us define our social lives. Developers are aware of that, and as a result, MMOs are becoming ever more tied in with social sites. Since that’s where all their friends tend to be, many folks are genuinely interested in sharing their accomplishments.

I’d not be at all surprised to see at least one dev try to implement in-game tweet and share buttons in the near future – nor would I be shocked to see people actually using them.

One side effect of the shift towards social media is that consumers and organizations are now closer to one another than they’ve ever been before. The relationships between players, and those between players and developers, have never been closer. That’s both good and bad, of course. On the one hand, it keeps them accountable – more on that in a moment. On the other, well…let’s just say that the more toxic folks online don’t always attack other players.

Feasibly, developers are hold accountable and taken to task for their mistakes more often now than they ever were (even if many people don’t understand how to do such a thing diplomatically). The raw, unfiltered nature of websites such as Twitter means that if there’s something wrong with an MMO – if a developer makes any mistake glaring enough to catch the attention of its players – they’ll know almost instantly.

Back when I still played World of Warcraft, many of the guilds on my server had their own website – but they also tended, more often than not, to co-ordinate and collaborate over Facebook. They’d use the Facebook Events system to set up raid times, Facebook Groups could be utilized for announcements, and the messaging system could be used to keep in touch with one another. I’m fairly certain this level of co-ordination isn’t unique to WoW, either: people are using social networks to drive their MMO experiences.

I’ve long held that social media is one of the most valuable advertising avenues ever designed. Here, if you know how to effectively wield it, is a free, self-replicating ad campaign. All it takes is for one spot to go viral, and suddenly everybody knows about you; who you are and what you do. Because of this, MMOs have gained more exposure than ever before.

This one can be attributed as much to World of Warcraft as it can be to social media: MMOs aren’t really a niche market anymore. They’re regularly discussed on Facebook, Twitter, and Google +, and as a result, many players who wouldn’t necessarily be considering the game otherwise are beginning to find their way into the fold. This is both good and bad. On the one hand, it means you’ve more people to game with – always a plus in an MMORPG. On the other, well…

You’ve heard this argument a thousand times before. MMOs have gotten easier in recent years. The challenge is gone, and far too many have effectively been transformed into a drip-feed of rewards, achievements, and repetition. Again, this isn’t entirely the fault of social media – In World of Warcraft’s case, these changes were implemented in the interest of accessibility. Take that how you will – for good or ill – but there’s something of a disturbing bent to this gradual shift…

Some time ago, renaissance man and game developer Ian Bogost released a title known as Cow Clicker. It was a parody – a scathing criticism of the sad state of social games; titles which, at the time, literally only existed for the grind. Depressingly enough, the satire actually ended up becoming a hit social game. Bogost actually made money off of it, off of the idea of forcing players into tedious, repetitive tasks then triggering the reward center of their brains by offering them digital prizes.

Does that sound familiar? It should – it’s exactly what many MMOs do in order to keep people playing. Lately – with the greater focus on accessibility over challenge – that’s become particularly pronounced in several titles.

Of course, there’s a good side to all this, too. Just look at some of the social features on Steam or Twitch.tv.

The Free To Play Craze

The free-to-play model is a lot older than some people think it is. It’s actually been around since the late 90s, with titles like Furcadia, NeoPets, and Runescape. Back then, the model was unformed, though. Unrefined. Relatively unknown. In recent years, it’s seen an explosion of popularity. While we can’t ascribe sole responsibility to social games for this shift, we also can’t discount the role they played in
making the model more attractive to publishers.

What do you folks think? How has social media changed the world of MMOs? Are these changes good, or teeth-gnashingly, hair-pullingly bad? Leave a comment!