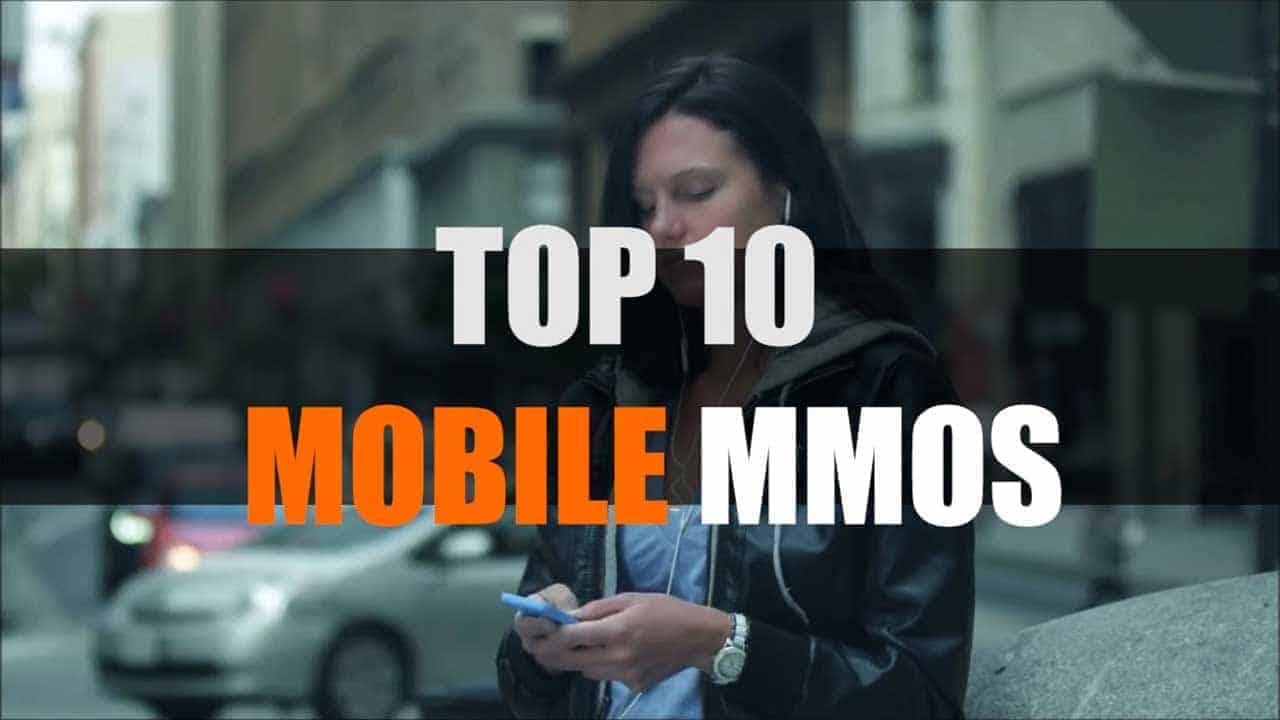 The mobile MMO market must be a tough nut to crack, since 90 percent of the genre are just poorly done copies. However, the market is niche and new and with that territory also comes a few wonderful little snowflakes. Mobile multiplayer technology is starting to catch up to a playable state, but still there are many games truly unworthy of even mentioning so, lets sift through the sand to find gold, here in Attack Gamings top ten Mobile MMO.

[heading]Ingress[/heading]Starting the list lets talk about Ingress. This is one of those new and emerging augmented mobile mmo that uses gps data to overlay a virtual world on top of our own. Ingress is special because of its sheer production scale. The game is not only massive, but also episodic and even has real life events centered around its in game progression. Gameplay visually is just some simple shapes with some splashy colors, but its entire focus is on the META where players team up to maintain portals that are springing up all over the Ingress world. The game is at number ten because it lacks character and also due to the fact that if you don’t live in a city or can attend the events, it is basically worthless.

[heading]Order and Chaos Online[/heading]At number 9 we have Order and Chaos Online. It is so low on the list because of its age and uniquity or lack there of. It is essentially a wow clone scaled down to fit on a mobile device. It isn’t bad, but it can only be called something new if you consider its presence on the mobile market. There is pvp and also your very usual questing, Order and Chaos might not be an entirely new concept gameplay wise, but when holding it in your hands, it can feel pretty impressive. This is a game that is friendly for all ages and is pretty cheap considering the amount of content that you get.

[heading]Boom Beach[/heading]Next up we have Boom Beach at number 8. Boom Beach is an mmorts that has players building up their defenses while at the same time assaulting enemies islands to reap the rewards. Graphics are cartoony and clean, meaning it will run and look good on most devices and the gameplay is incredibly addicting. There is actually a high level of strategy that exists in this game somewhere between the childish artstyle and the silly name, meaning it can be a fun casual or even hardcore experience.

[heading]Parallel Kingdoms[/heading]Here we are feeling lucky with our 7 Parallel Kingdoms. Similar to our number ten Ingress, Parallel Kingdoms is a mmo game that uses your gps to navigate through the virtual game world. It is more approachable of a game because of its relatable characterization and its simpler but impactful gameplay. You will be slaying epic monsters either in dungeons or in your own backyard. You have levels, unique skills, a player driven economy and the ability to claim territory, Parallel Kingdoms would be a great first venture into gps mmo games if you are up for adventure.

[heading]Dungeon Hunter 4[/heading]Seeing our way through, on to number six, Dungeon Hunter 4 This is a game that has a ton of character but at the same time providing really awesome action with some rpg gameplay elements of course to top the icing. While there are many similar games that all have different aesthetics, we have to give it to the production quality on this one which we would expect coming from the successful creators of our number 9 Order and Chaos.

[heading]Avabel Online[/heading]Breaking halfway through the list is Avabel Online. Avabel is a more eastern style game but also a lot action packed than Order and Chaos. It might take a newer model to play smoothly but the game looks pretty good for a mobile game. PvP, dungeons, and a bigger world than you are probably prepared for, Avabel Online might lack depth in certain aspect but it is mechanically impressive for being played on a phone.

[heading]Illyriad[/heading]Into the big bad 4, here is Illyriad. The mobile genre is not the only one that is flooded with town building mmo games, but considering that, Illyriad is absolutely one of the more intriguing out of the entire scene. What makes this game so different is its sheer depth. If you were the kind of person to memorize monster stats for Dungeons and Dragons or explore superfluous lore in other video games, then this is the mmo for you. Not only is the world rich with fantasy lore and art but it is a very hardcore gameplay experience at that with competitive territories, economy, and with just how much customization you have between choosing spells to crafting. Not an easy game to get into, but pretty easy to get lost in once you do.

[heading]Zenonia[/heading]Sitting comfortably at our number 3 position, we have the cherished series Zenonia. Zenonia from the first game to the newest MMO rendition, Zenonia Online, has had interesting lore, extremely clean graphics, and challenging gameplay. Zenonia has had online interactions in previous games with arenas but only now will players have a full multiplayer experience like the game deserves. Zenonia Online promises to be the highest quality 2d action mmo on mobile with tried and true gameplay mechanics that fans have loved since the start. While it isn’t released yet in the west, if you haven’t tried at least one Zenonia title yet we implore that you do so as soon as you can.

[heading]Clash of Clans[/heading]Our second place position is probably no surprise, of course it’s Clash of Clans.
From the makers of another game on our list, Boom Beach, Clash of Clans is the single most iconic mmorts out right now. Copies are springing up left and right and despite this games childish appearance, it has garnered a very large competitive following. Not only do you fully customize your city for better defenses, but you also have a tower offense style of gameplay when assaulting others! Mechanically, Clash of Clans has a lot in common with Boom Beach, especially the level of quality, but what sets Clash of Clans apart from the rest is simply its iconization. Once you’ve seen this game in action, it is very likely that you won’t ever forget it.

[heading]Albion Online[/heading]Finally to find out what our first place winner is, Our number 1 mobile mmo – Albion Online.
While technically not released yet, already in its alpha stages it is shaping up to be a great if not one of the best hardcore pvp mmo’s out there and that is in regards to mobile devices or otherwise. The graphics are timeless with cell shading that looks better than even some desktop games yet it still runs great. Controls are extremely intuitive on mobile despite such a need for accuracy and timing. Yes, this is not an easy game. It is entirely focused on player buildings from houses to kingdoms and waging war with rival guilds. Resource gathering from chopping down trees next door to adventuring deep into the depths of dungeons are both risky with how unforgiving death can be and especially considering that you walk slower the more loot you are carrying. No classes, but expect a number of spells that you can custom slot and lots of different armors to help you play the role you want to play. If you want a game that forces you to plan escape routes out of dungeons and has you paying taxes on the land you own, its for you. If you identify as a carebear however, maybe you should look to another top ten list.

Joking aside, thanks for watching and if you want to see more news or first impressions on upcoming games or maybe even more top tens, then leave a like & subscribe and remember to check us out later at mmoatk.com