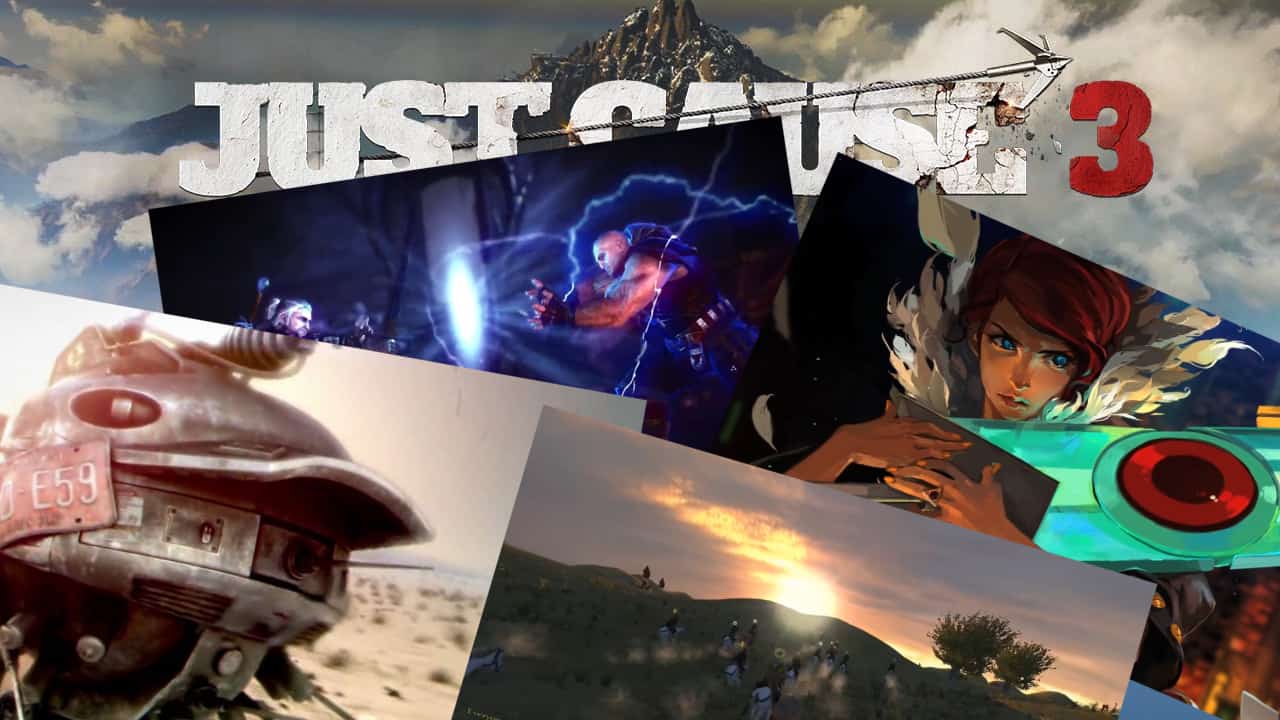 I don’t know about you but the first thing I do during a Steam sale (right after apologizing to my bank account) is to click on the under $5 list on Steam. Because if you’re spending less than $5 for a game..are you spending any money at all? I mean, are you really? Not just that but there is a special sense of satisfaction I get out of paying less than $5 for a game that could potentially entertainment me for hundreds of hours. Or 1. I mean it’s not like I’ve even played half of the Steam games I own. So in honor of thrifty consumerism, here are 5 games under $5 that you should pick up during this year’s Steam Summer Sale. There are technically more than 5 games here but 5 for $5 sounds better than like, 8 for $5. That sounds dumb.

Just a quick heads up though: I talk about mods a lot below because they can add tons of enjoyment to just about any game. I realize it can be a bit intimidating to get into modding though, so if you’re interested you should check out this beginner’s guide from PC Gamer. And you can find tons of mods at Nexus Mods and install most of them with their easy to use mod manager. I cannot stress how awesome some of these mods are and they can provide everything from improved graphics, combat or even completely original quest lines. Okay, onto the list.

Alright, I’ll be honest. That trailer does not look great. And that’s because this game is a little rough around the edges. Okay, it’s a lot of rough around the edges. But I’ve played this one for 105 hours and I could have easily tripled that number. But I fear it. I’m too terrified of being sucked in because once Mount and Blade gets its hooks in you, it doesn’t let go. But why, I hear you ask, why would anyone want to play a game that looks so butt? Well, allow me to answer your question with a series of questions. Do you want to:

Ahem. Sorry, I was trying to do a bit there but I got carried away. Mount and Blade will do that to you. But yeah, you should buy it. It’s only $4.99. And yes, imagination helps with the graphics but so do mods! There are a ton of different mods to choose from for this game but the Floris Mod Pack is a terrific place to start.

Now this game. Oh man. This game right here…also hasn’t aged well. I bought Fallout New Vegas at this same price back in 2013. I had played Fallout 3 before and I hated it but I gaven Fallout New Vegas a chance anyway. Because at $3.29 the price was very right. I was still wary because of it due to my experiences with Fallout 3 though. But I was a noob. Here is a direct quote from past Mike, spoken while fighting a super mutant in a sewer: “This game is stupid, I’m aiming right at this guy and my bullets miss. That’s dumb--I hate this!!” Yes, embarrassing. At least I was young enough to still be decent at shooters (I miss you Past Mike) but man I was awful at RPGs. Did you know it took me over a month to beat Xenogears? A month!  Anyway, I bought Fallout New Vegas and I played. And played. And then I bought the first story DLC. And then the second. And then all of them. And I plaaaayeeedd. And then after I beat the game I spent at least an entire day searching for and downloading mods. And I plaaaaayeeeeeeddddddd.

Mods will help you get even more out of this fantastic game. And there are tons of different ones to choose from. You can spruce up the graphics, change character models, add fully voiced companions, new quest lines, new locations, new secret underground bases, new weather effects, new lighting effects and just--basically, remake the entire game. Oh, and someone actually did make a completely new game as a mod. It’s called Fallout New California and it’s due out later this year--for free. I played the opening sequence of Fallout New California years ago and it was super impressive back then. I encourage everyone to download all of the mods--that’s what I did and I didn’t even break my game. And I am not smart. But I do want to stress that what is already here is worthwhile. Extremely so. There’s a reason why I still disliked Fallout 3 after giving it another try years later. And it’s the same reason why I was disappointed by Fallout 4. Because it wasn’t New Vegas.

This one will be short and sweet. Currently, Witcher 3: The Wild Hunt is $19.99. That is stupid. That price is so stupid it causes me pain. I realize it’s more than $5 but still. You should buy it. Buy it. But if you like to start your stories from the beginning you should also consider picking up the other games in the series. The first Witcher title is on sale for $1.49. Now full disclosure, I played this one for 48 hours and did not finish it. The setting, stories, and characters are all good--just not as polished as later installments. And the combat is this weird, rhythm-based click-heavy affair that was not my favorite. But it’s not a bad game. And it’s only $1.49. That’s almost not even money. Witcher 2: Assassins of Kings is actually the first game in the series I ever played. And it is fantastic. It was the game that made me realize this series was really, really special. And right now it’s $2.99, so basically free. If you love the Witcher series and want to see it from the beginning then it’s well worth the cost.

This is Just Cause 3

I’m not actually a fan of the Just Cause series. I picked up the second game when it was on sale a few years ago and I played it for an hour before I got tired of it. But there’s no denying it’s series that a lot of people love for its vibrant open world and over the top action. I just, I dunno, never really got into it. But Just Cause 3 is on sale for $4.49 so I’m definitely going to buy it. And I bet I will do a lot of cool stuff in the hour(s) I end up playing it, like sky-surf out of a fighter plane en route to elbow dropping a Jeep Cherokee to death. Or something--I’m pretty sure that’s an accurate description of the gameplay.

Yeah, I was pretty close.

It’s a great looking game with a unique style all its own and at $4.49 I probably won’t regret only playing it for an hour. Probably.

This last one is a bit of a dark horse pick. I know whenever I think about my favorite video game developers I don’t think about Supergiant Games--but I definitely should. They are indie darlings who create incredibly unique and rich gaming experiences that delight both the mind and the soul. And no they did not pay me to say that, though I wish they had because that would be awesome.

Right now Bastion, which is their first and probably best game, is on sale for $3.74. It’s an awesome game which I played the absolute crap out of back when I got it for Xbox 360. There’s a lot to do here--way more than I was expecting. There are challenges to take on, different weapons to master and a surprisingly deep story to enjoy.

And then, of course, there’s Transistor. This game I played for 7 hours and stopped right as I reached the last level. Why? I have no idea. I just make bad life choices most days. Or all days. The thing the makes Transistor shine is it’s incredibly unique combat system which mixes RTS and fast-paced combat. And if I’m being honest, I’m not sure I actually liked it but it always kept me on my toes. But the most impressive thing about Transistor (and Supergiant games in general) is its music. Just listen to this song sung by the game’s main character: Red.

That is good stuff. Just like everything Supergiant does. Their 3rd game Pyre is on sale too. But right now it’ll set you back a steep $7.99. Which is almost 8 dollars and everyone knows that is reaaaaal close to actually spending money. Dangerously close. Just like all of their games Pyre is incredibly unique. It is a sports, party-based hybrid. I think. I dunno, I’m only an hour in. But I’m sure it’s worth the money. Just good luck finding that kind of cash between your couch cushions.

Steam’s Summer Sale is running from now until July 5th. So you have a few more days to prepare your wallet for sacrifice if you haven’t already. But don’t wait too long, Gabe didn’t get to where he is now by being a patient man…