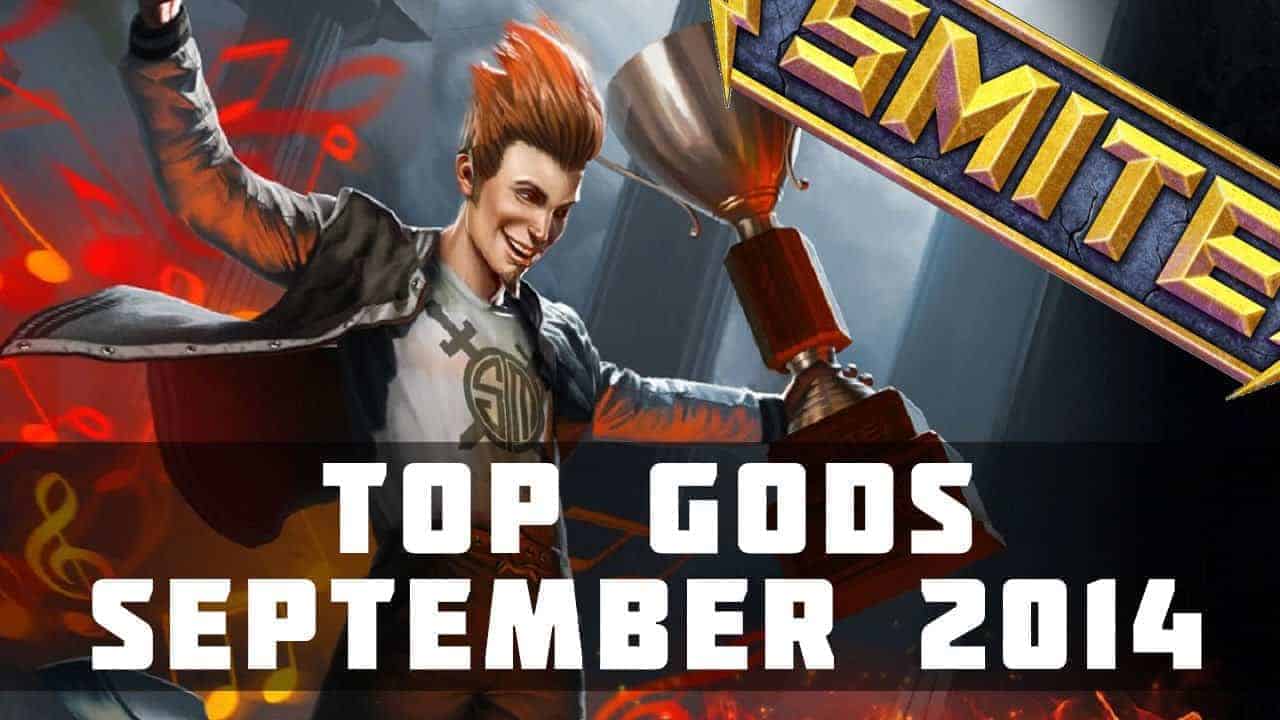 What’s up Attackers, Kirk here to bring you another edition of the top played SMITE gods for September 2014. Last month was the first month we did a SMITE list, and based on the amount of views, it seemed you guys liked it. A few responses we got were to have updated footage, which I’ve done. Let me know what other information you’d like on each of the Gods in the list, so I can make the next video even better! Again, these stats are from TierMonster.com and are for the typical Conquest game mode. Let’s jump into the top 10.

At ten is Ymir, the father of the frost gians, this magical melee guardian was ranked 5 last month, so the drop is quite extreme, at about 20% less games played. But that’s not as bad as Nu Wa and Ullr, who was dropped from the list completely.

Athena comes in at nine, another big drop from last month when she was sitting at four. This magical melee guardian was introduced last summer and has continually been a popular choice among players, as the only female guardian in the game.

Loki the Trixter God is here at eight, a slight increase from his last month finish at 10. Loki is a much more popular God when it comes to the Arena as he’s normally played in the top 5. But this months higher finish may signal an increase in picks in future months.

Thanatos comes in at seven here, this is his first mention on our top ten list. Thanatos, a physical melee assassin, was on the free god rotation for a time last month, which may explain his increase in usage, as he hasn’t been touched by an update or nerf in quite some time.

Kukulkan makes his way to our list here with a six place finish. Kukulkan was introduced, or re-worked, or whatever you want to call it, on September 10th, so making the top 10 with only 20 days time shows that he’s been quite popular. Kukulkan is even more popular in the Siege mode, where he’s the second most played god, behind Mercury.

Janus begins the top five as the ranged magical mage makes his first appearance on the list. Janus is an interested selection as there hasn’t been any recent updates or changes to him, and I can’t really find a reason as to why he’s getting picked so often in the past 30 days. If you know why, comment below!

Rama is another new entrant to our list, unranked last month and fourth place in September, this ranged physical hunter is one of the newer gods, being introduced in June of this year has been a popular choice since his debut.

Ra is again at third place as the top three remain unchanged, except for the order. Ra has continually been a top played God since his release in may of 2012, partly because of his price, free, that always helps, and also because of his utility on the battlefield. A heal, a slow, his speed and his incredible damage. Yeah, he’s popular.

Mercury and Apollo trade places this month, with Mercury coming in second place after finishing first last month. Both these gods are known for their high mobility and damage. An interesting thing to note is that both these gods have an extremely high pick rate in Leagues, with Mercury finish first in Joust by a significant margin, and Apollo finishing first in Conquest by a significant amount as well. Apollo holds a 14% lead on Mercury in terms of picks made in normal Conquest, and over 40% higher than Ymir who was ten on the list.

So there’s your top ten most played SMITE gods for Septmeber 2014. Be sure to leave this video a like, a subscribe and stay tuned for more content from us, on a nearly daily basis. Thanks for watching!