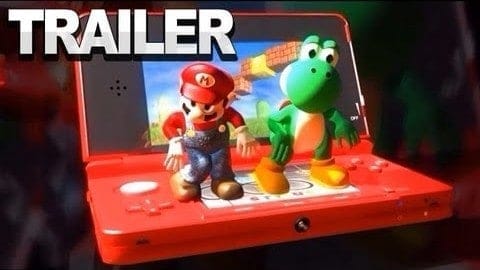 Hope everyone had a great start to April! Just like last year, many of our favorite companies have graced us with funny ideas and twists on their popular games and franchises. Here at MMO ATK, we?ve rounded up just some of what?s been floating around the web today.

The first joke to hit the net was Google?s version of their map service for NES. Presented in glorious 8-bit, it was a sign of things to come as they announced several more during the course of the day. Notch followed closely with his new project, Mars Effect.

Some of the major companies such as Blizzard, Sega and Razer offered these up for some laughs today:

Educational games for kids, Blizzard promises to make this the most epic learning experience ever, including such educational titles as The Westfall Trail and of course, Strat Blaster with Edmund Duke. Don?t forget to try the Zergling Teaches Typing demo!

Find a new way to connect to your next World of Warcraft game using the power of your brain! It even comes with an exclusive in-game pet.

Play, feed and look after your cute little Zerg while it protects your login.

All the fun of lowering and raising your supply depot in the convenience of a browser game. And hats. Non-Terrans need not apply.

Touted as ?the world?s first true fully-realized circumcranial augemented-reality gamification? heads up display, it includes a whole host of features that need to be seen to be… believed?

If you?ve ever experienced the desire to look after a vineyard, Sega is giving you the chance to in Virtua Vineyard. Don?t be discouraged that it takes 3 years to really start playing the game, as you?ll reap the rewards of planting your own grapes soon after.

Sega Bass Fishing of the Dead

Catching nothing but bass get you down? Or perhaps killing zombies just seems a little lackluster? Well, thanks to Sega and Random Encounters Entertainment, you?ll be able to kill zombie bass. Mmmm… bass and brains.

In addition, there have been quite a few independent jokes from major news outlets such as MCV UK?s of a new musical on London?s West End, The Witcher: A Temerian Story, and gaming site 1Up?s trailer for Nintendo Dubstep Experience 3D.

A big kudos goes out to fan made April Fools joke from the folks behind Youtube channel HawkandGamble, who posted a great video of up and coming Assassin?s Creed for Kinect!

I?m sure that there must be more goodies left floating around on the internet, so let us know if there?s any other great April Fools out there that have been missed and are worthy of a good laugh or a ?hey, that?s actually a good idea?!