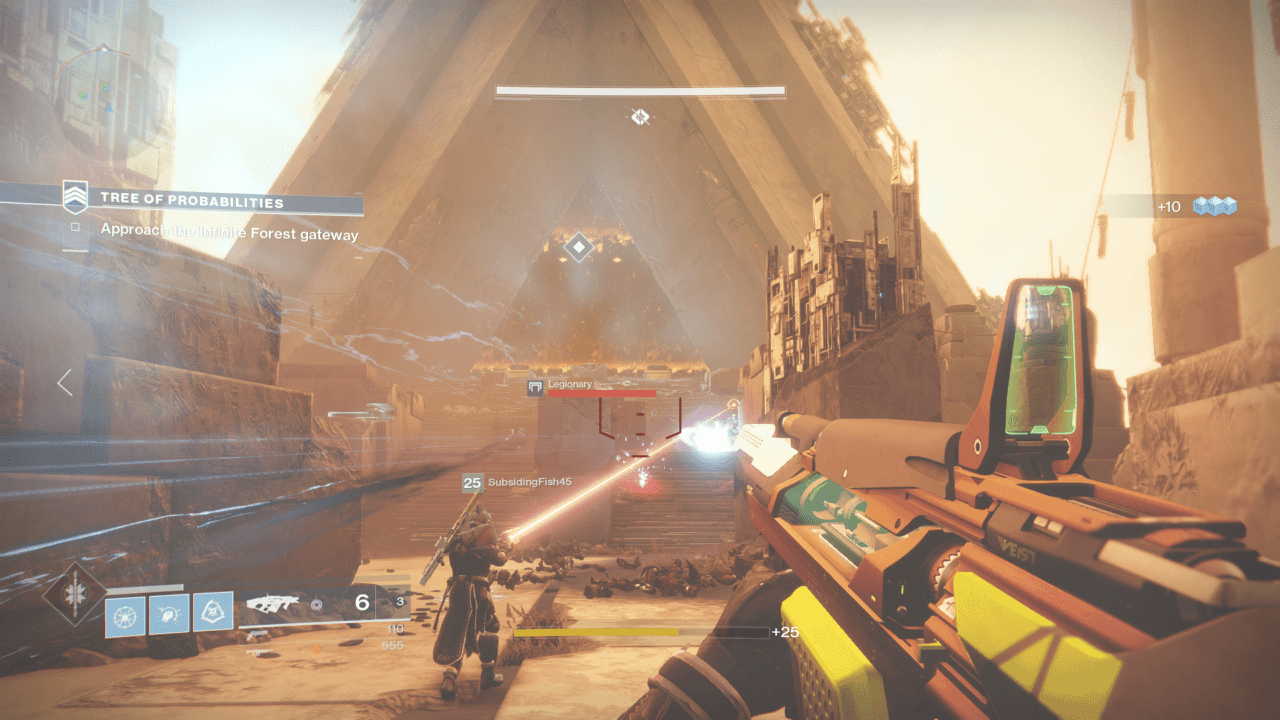 Curse of Osiris, the first expansion for Destiny 2, has been out for a few days now. I wanted to put together a quick primer running through some of the finer points of the DLC. I won’t be able to touch on everything here–there just isn’t enough space. And I also won’t be able to touch on the new content brought in separately from Osiris as part of the December update. This will just be about the DLC, and whether or not it’s worth picking up. 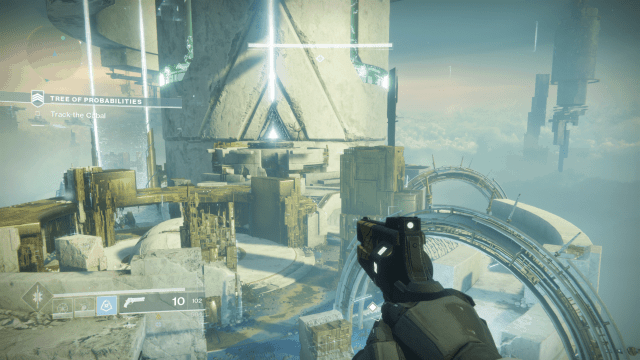 I did not like Destiny 1. Did I play it constantly? Absolutely. But I never really liked it. A big reason for that was the story and the writing. I found it all to be boring, awkward and utterly forgettable. But imagine my surprise upon getting Destiny 2 and finding a decent campaign. One filled with likable characters and tangible objectives, no less. And even, gasp, an antagonist who talks! Over 100 hours played and Ghost still makes me chuckle from time to time–instead of just cringing. So as I started the story missions for Curse of Osiris, my expectations were high. They stayed there for about an hour.

The story revolves around the Vex and the Infinite Forest, an incredibly advanced computer simulation system located in Mercury’s hollowed out core. The Infinite Forest allows the Vex to run countless simulations during the past, present, and future. The forest is run by Panoptes, the Infinite Mind and he’s gathering all of this data from these simulations to create a universe without darkness or light (it still just looks pretty dark though). Panoptes is doing this because…he’s a Vex. And the Vex are bad guys.

It’s rote, boring, characterization that I’d hoped Destiny had finally moved on from. Afterall, Destiny 2 introduced Ghaul.–a compelling antagonist who could actually talk. Sadly, other new characters don’t fare much better either. There’s Osiris, who is billed as this genius, daring, rebel–someone who could possibly even be your enemy! Turns out he’s just an alright dude. Probably not much fun at parties. And then there’s his ghost, Sagira who is written and performed well, but honestly, just made me wish I had Failsafe as my ghost instead.

Nothing about the campaign’s story stirred me. And I feel like the Vex as antagonists, in particular, are just boring. They’re these emotionless machines that just clank around making stupid, distorted, animal sounds. Vault of Glass has conditioned me to hate Minotaurs and Harpies but besides that–the Vex never elicit much emotion from me. And sadly, that was the main problem with this entire campaign. Your guardian is just a bystander here–more so than usual. Bungie tries to make it a personal story for Ikora but it isn’t told with any depth or compassion. It also isn’t given much time since the main story missions can be completed in a handful of hours. And through all of it, I just didn’t care.

Leading into the DLC, one of the things I was the most excited about was the infinite forest. A roguelike element coming to Destiny 2? That’s interesting! Think of the replayability! Images of Rogue Legacy and Darkest Dungeon popped into my head. Boy, I couldn’t have been more wrong. The Infinite Forest is absolutely forgettable. The entire area is filled with the same bad guys, with the same attacks, and the same dumb faces. Don’t get me wrong–there are some standout moments, and stunning landscapes, but nothing that takes advantage of the concept. 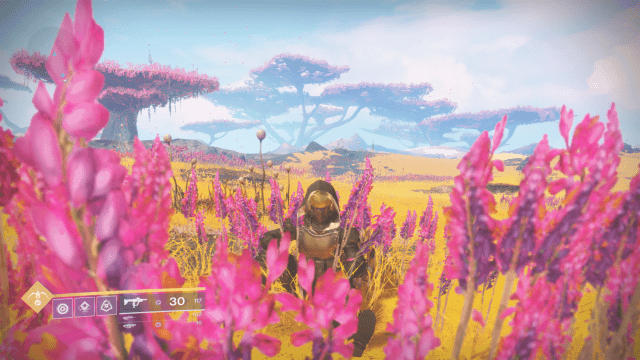 This was Bungie’s opportunity to get weird and creative. By the game’s own definition the possibilities inside of the Infinite Forest are literally endless. You could’ve had boss rush sections, where you forced to take down baddies from across the entire breadth of the franchise. And there could’ve been an encounter where you had to take on a ton of vehicles on foot in a battle arena. And maybe, just maybe, you could’ve taken on the Last City’s own vanguard. Who wouldn’t love a chance to wipe that metallic smirk off Cayde’s face? Bungie came up with a concept that had so many possibilities and then they did next to nothing with it. Add to this the fact that the new strikes introduced with the DLC are just repurposed story missions that take place inside the “Infinite” Forest and you can start to see why I’m so disappointed. Maybe in future updates, Bungie will add something that fully realizes the forest’s potential, but I’m not holding my breath.

This is where Curse of Osiris begins to look up. Most of the exotics in Destiny 2 are somewhat lacking. Very few of them feel very powerful–let alone unique. Thankfully, this DLC introduces a bunch of fun toys to play with. Like the Colony, which is a grenade launcher that shoots out tiny robotic insects. 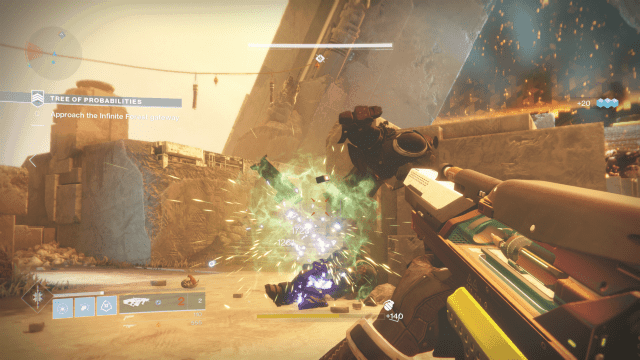 Is your aim terrible? No problem! Miss with one of these buggers and they will crawl over to your target and explode anyway. Another fun weapon is the Prometheus Lens. It’s a gun so powerful that it had absolutely ruined the crucible–until Xur gave it away to everyone. Now we all get to play laser tag!

There’s also a bunch of new exotic and legendary pieces of armor and weapons to collect. It’s so nice not to get the same Scathelocke, over and over and over again. Chasing down the new stuff and grinding for the new Lighthouse weapons, gives you something to play for. And for some, that’ll be enough.

There’s also new raid content which Bungie has labeled a Raid Lair. I haven’t been able to beat it yet, but I have heard good things about it. And what small amount of it I’ve played so far was challenging and enjoyable. There’s also a new public event on Mercury and a handful of new adventures to boot. The public event is fun, but its lengthy and I can see it getting old fast. These activities just serve to flesh out the rest of the Curse of Osiris experience, but aside from the raid lair, I don’t see much of it being substantial.

So, should you shell out $20 for Curse of Osiris? Maybe. It all depends on what you’re looking for. I realize my rundown of the DLC may sound pretty harsh but I don’t regret buying it. I’m disappointed by the lack of depth and meaningful content, but ultimately, it gives me a reason to spend more time with a game I enjoy. And that was well worth the money to me. If you’re someone who still feels the urge to login but just wishes there was something, anything, more to do–then Curse of Osiris is probably for you. But if you’re on the fence about Destiny as a whole, if you’ve begun to find the experience tedious and pointless–I would skip it. Curse of Osiris isn’t going to save Destiny for you. It’s a collection of underutilized ideas and a mainly empty story. But I’ve got a gun that shoots bugs now. So there’s that.