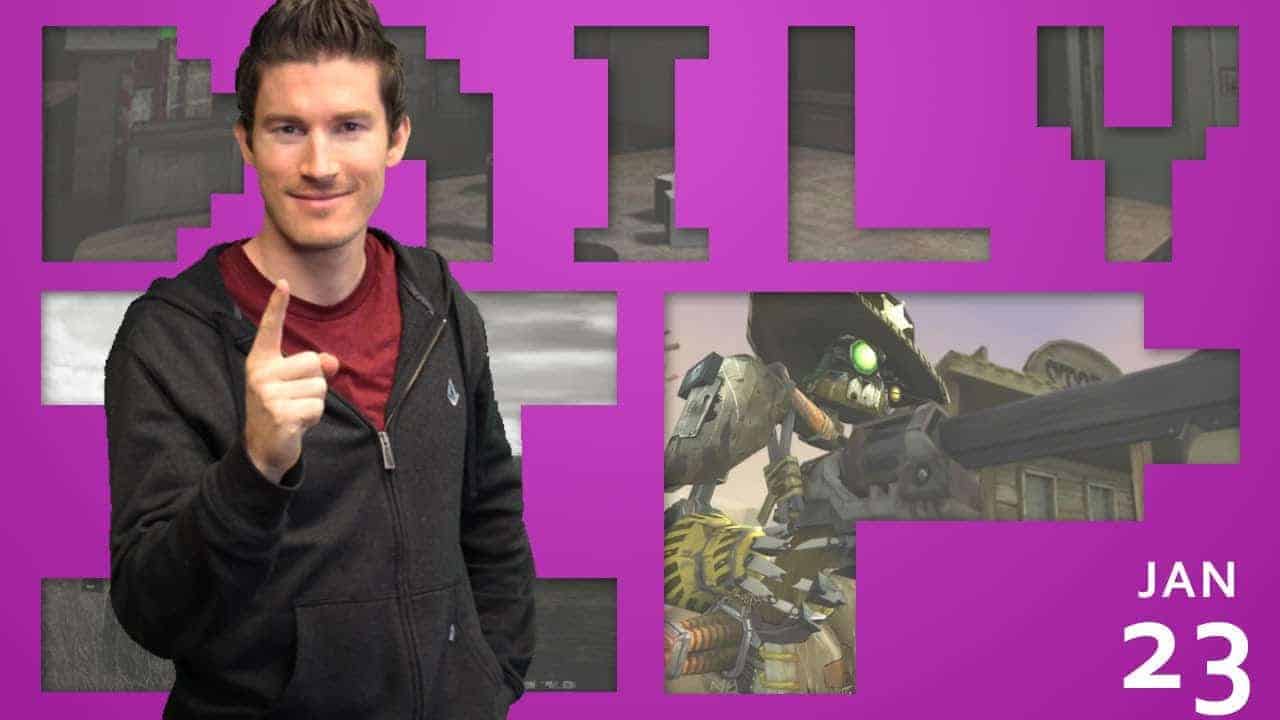 What’s up Attackers, Today is Thursday January 23rd and welcome
to your daily MMO news exclusively from MMOAttack.com.   Today’s episode is sponsored by League of
Angels. The turn-based stretegy game from R2Games.  What you didn’t think we’d actually ever get
a real sponsor? Today we have The Elder Scrolls Online All-Star voice cast,
PlanetSide 2’s new roadmap, a Dragon’s Prophet treasure hunt and more.  The Daily XP starts now.

Transcript:
Bethesda and Zenimax Online Studios today announced the
voice cast for their upcoming blockbuster The Elder Scrolls Online.  The franchise has long been known for its
high-quality voice acting, with previous stars including Patrick Stewart and
Lynda Carter, but the latest addition to the world of Tamriel boasts one of the
biggest casts to date.  The following
actors and actresses have been confirmed: Academy Award nominee John Cleese,
Golden Globe winner Bill Nighy, Kate Beckinsale, Alfred Molina, Golden Globe nominee’s Michael Gambon and Malcom McDowell, and Linda Carter, best known for
her role as Wonder Woman.  The developers
have a lengthy video highlighting the cast and their roles in the game, you can
find that on our website.

Sony Online Entertainment today released the latest developer
roadmap for their award-winning MMOFPS PlanetSide 2.  The roadmap highlights the new content that
is coming to the game throughout 2014.
While the roadmap does not include specific dates for the updates, some
of the features we can hope to expect include Outfit Recruiting, to make
finding new recruits for your outfit more streamlined, a new continent Hossin,
which we got a sneak peak of at SOE Live a few months back, Outfit Base
Capture, which will identify if your outfit was a top contributor to capturing
a base, and more!  PlanetSide 2 has long
been known for being more enjoyable by playing with friends and outfits, so a
few of these updates definitely will play up to that.

More from SOE with the brand new phase coming live for
Dragon’s Prophet.  This new update offers
players the opportunity to embark on treasure hunts, which promise some of the
most powerful rewards seen in any event so far.
The main prize from competing in the gauntlet of challenges is the
coveted Laedis Hero Armor.  In order to
obtain the armor you will have to defeat each of the 8 new world bosses. But
hey, it should be well worth your while.

And lastly I wanted to quickly touch on the latest update
for the open world winter sports MMO SNOW.
Today they released their M1 Game update which includes a slew of new
content and bug fixes.  The most
important being that multiplayer is now available for all users, so be sure to
grab some friends to hit the slopes.
Additionally the main menu was updated with new functionality, the store
was redesigned with both new items and visual updates.  You can now customize your character while
in-game, new sessions markers were implemented, a new in-air rotation system
was added, the half-pipe gameplay was improved.
Just a ton of shit going on now with SNOW, so go check it out on Steam!