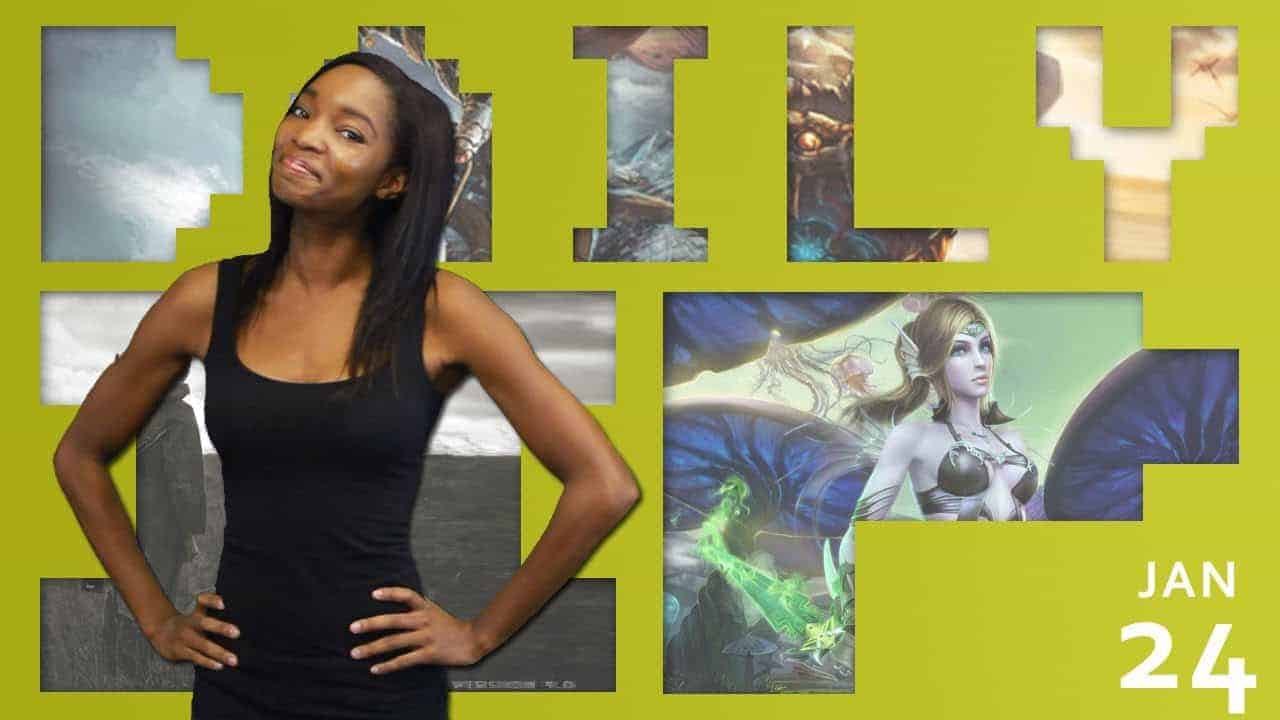 What’s up Attackers, Today is Friday January 24th and welcome
to your daily MMO news exclusively from MMOAttack.com.  Today we have EverQuest Next Landmark’s
system specs revealed, a preview for the 7th Legion DLC in Defiance and the
final open house event for The Mighty Quest.
The Daily XP starts now.

Transcript:
As the alpha testing for EverQuest next Landmark draws near,
Sony Online Entertainment have published an early set of system specs to give
users the time to upgrade their machines before the event begins.  EverQuest Next has quickly become one of the
most anticipated MMO titles, so it’s important to have your rig ready to
go.  The Minimum System Requirements are
asking for the windows 64 bit operating system, an Intel i5 Dual Core or higher
and 4GB of memory.  The full specs can be
found on our website.

Earlier this month Trion Worlds announced the 7th Legion DLC
for Defiance, and today’s preview of the expansion sheds more light on what to
expect with next month’s launch.  The
most exciting additions include joining Yoshida Hiro’s 7th Legion as they march
for the Bay Area, and a recruitment kit that includes an outfit, gear and a new
title.  New weapons will also be
introduced, but unfortunately a much needed new location has not been included.

The final open house for Ubisoft’s Mighty Quest for Epic
Loot has begun and will conclude on Monday January 27th.  The final open house will give all players
complete access to the entire Mighty Quest world, include the final character,
The Mage.  This will also mark the last
chance to become a founder, which gives you access to many bonuses included in
the game.  Check it out at the mighty
quest.com.

Thanks for watching the Daily XP.  Be sure to hit that like button and subscribe
to MMOAttack Games for Daily MMO and MMORPG content.  Don’t forget to check out our website to get
the details on all the stories I just covered, and send us any stories we might
have missed via our website, MMOAttack.com.
See you guys next week!