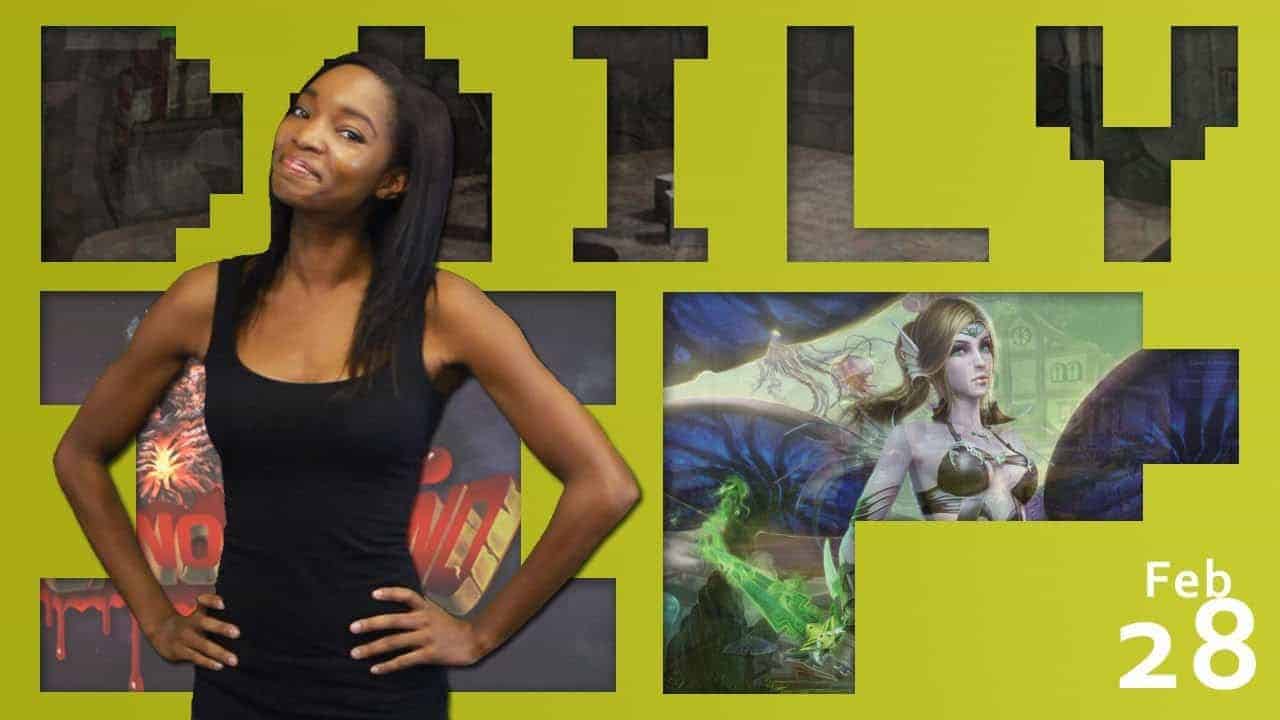 What’s up Attackers!  Welcome
to Friday, February 28th, and your daily MMO news from MMOAttack.com.   Gosh,
I love Fridays, work week is over, time to relax!  I hope you’ve all got some great plans for
the weekend, and if not, check out the giveaway section on our website to find
some beta keys for The Elder Scrolls Online.
But let’s get to business.  On
today’s show we have two new games hitting Kickstarter and our first look at
some bots in Transformers Universe. Your daily XP starts now!

Transcript:
We begin with the Kickstarters.  Duel of Heroes is a trading card role playing
game hybrid that promises to deliver a new type of online card game experience
with a combination of depth and exploration.
Typically, when we think of a trading card game, it’s just that, playing
different combinations of cards to take out your enemy.  Well in Duel of Heroes there is also a 2D open
world to explore that will help make the rich fantasy story behind the game,
all that much more real.  A few other
aspects to note: Unique Heroes that can evolve during battle, an MMO-like
interface, clan wars and more!  Check out
their Kickstarter campaign with the link below.

In other Kickstarter news Aeternia Online, a sandbox MMORPG
that has quietly been in development for 3 years, has just made its way to the
crowd-sourcing site.  Jim Veerkamp, after
being bored of easy, give-away games, decided to create his game that revolves
around the player, from modular housing, to crafting, adventure and more.  The game will feature player cities,
extensive crafting, open pvp, a skill-based system devoid of levels and I could
go on.  But you’d be better off checking them
out on Kickstarter.  You know where to
find the link.

Jagex has released the first two bots for their upcoming
MOTA, Transformers Universe.  One Autobot
and one Decepticon were made available on the games website.  Meltown is an autobot who hates war, but will
never leave a fellow warrior behind, and Duststorm is a ruthlessly corrupt
killer, who simmers with a quiet consuming rage.  The two bots come complete with introductory
videos as well as a full run-down of their weapons, equipment and skills.  No doubt we will be hearing more about new
bots as they are announced, and you can be sure that MMO ATK will keep you
updated!