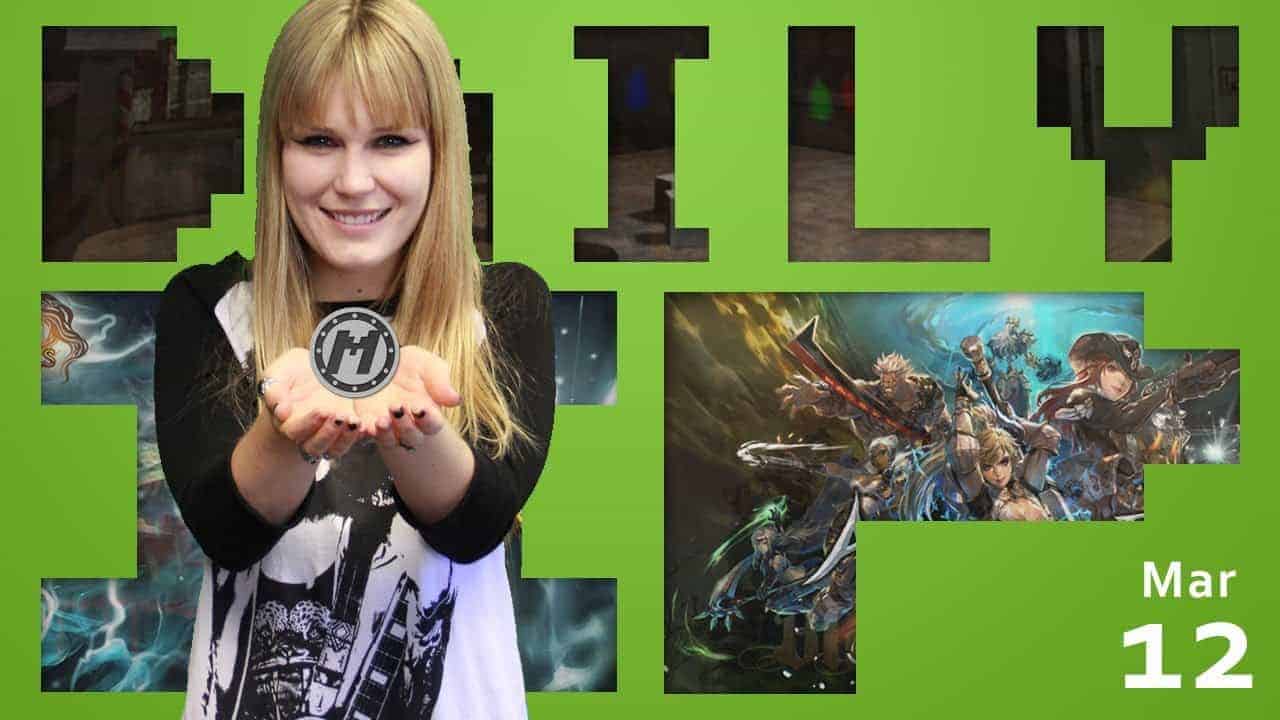 Hey attackers! Bethany here Wednesday the 12th with your Daily XP from the super cool people at MMOATTACK.com. I don’t drink Pabst because it tastes like horse urine, but I am for some reason wearing their shirt. Today we have the napoleonistic regime of Blizzard releasing Hearthstone with a perk for WoW players, Albion Online is playing tricks on those naughty gankers, and that information leak stuff we told you about WildStar yesterday has been confirmed. Your daily XP starts now!

Transcript:
The Blizzard empire has announced that Hearthstone: Heroes of Warcraft is now officially live in the NA region. If you are a WoW player like myself, we have the opportunity to receive the Hearthsteed mount if we have our Battle.net account and play three matches of Hearthstone. This official release also brings with it many features and balance changes requested by the community. The most important of these changes are the adjustments that have been made to ranked play. There are also opportunities to unlock new designs for the back of your deck, as well as snatching up those brand new golden heroes. If we know Blizzard, we know that they like to unnecessarily change things as much as facebook does, but they promise to only make large-scale changes to cards if it is deemed as “absolutely necessary.” We’ll see about that.

Gankers, listen up for the sake of your dignity. Sandbox Interactive has unveiled the latest alpha teaser video for the upcoming Sandbox MMORPG, Albion Online. Those PVP players who attack based on the visual appearance of the character’s outfit may be instantly obliterated by someone who they thought was a mere noob. This is because Albion Online is creating a massively customizable approach to character development, with this latest trailer showcasing the different elements that come into play when changing a characters outfit. The video shows that targeting a player wearing simple, meager farming gear could be a costly mistake. Alpha testing begins March 24th for PC’s, with the other platforms soon to come. Check it out.

It appears that the information leak about the WildStar launch we covered yesterday is in fact valid. Carbine studios has announced today that players will be able to explore the highly anticipated MMO on June 3rd.  There will be two versions of WildStar released, a standard edition and a digital deluxe version. The standard edition will get you 30 days of subscription time, 3 7-day friend passes, and a themed decoration item for the player housing feature.  The digital deluxe, available for an extra $15, will give those perks along with an Eldan Hoverbord, a unique costume, a title, and a limited-edition set of dyes. Pre-orders will begin March 19th, but if you want details ahead of time you can visit the pre-order page listed in our MMOATTACK article online.

That’s it for today! Thanks for watching out daily XP. Be sure to like this video and subscribe to MMOATTACK for the latest and greatest news in the MMO gaming world. Send us any stories you think we may have missed and stay tuned tomorrow for another round of daily information. And to defend myself, pabst did win a blue ribbon 650 years ago. Bye!