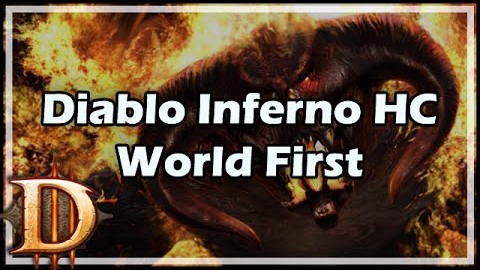 It has been done. The first completion of the Hardcore Inferno mode in Diablo 3 has been given to a Barbarian. The completion was done before the most recent patch that has gone live today which makes the game a little easier for players to be able to play.

The Barbarian had beaten the Hardcore Inferno mode in little over a month. The username Kripparrian, from Toronto, Canada, managed to beat all four of the difficulty settings using his character aided by a Wizard called Krippi.

This level of difficulty in the game is extremely difficult and using a hardcore character meant that the barbarian would have been lost forever if he was to be killed.

The Blizzard Community Manager, Bashiok, has confirmed that the achievement has actually been met through a tweet:

“My apologies Kripp and Krippi, looks like you were 1st HC Inferno clear,” he tweeted. “(my spreadsheet deciphering isn’t what it used to be) Congrats!”

Want to see the final moments for yourself? Here is the Diablo kill below: