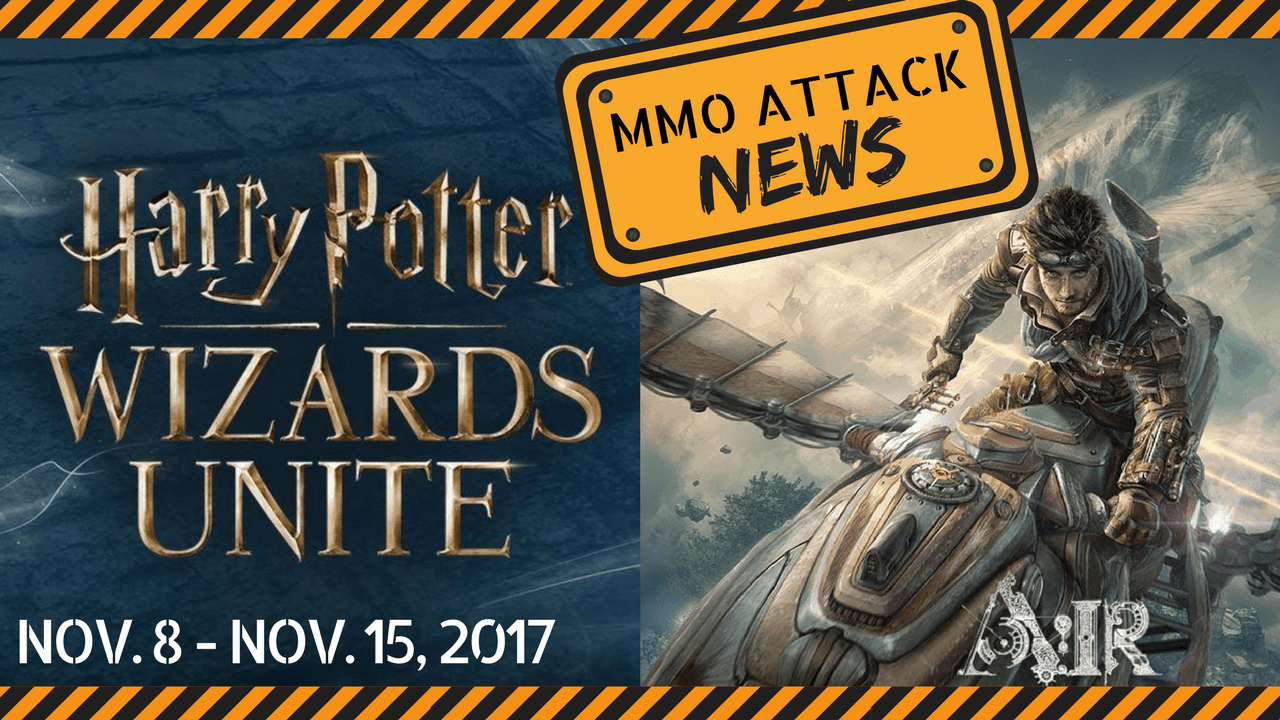 It’s another fantastic week at Attack Gaming. The team is hard at work on our brand new weekly series, where we bring you the latest in top MMORPG games for pc, mobile, and console! We are very excited to see what everyone thinks about it. Meanwhile, I managed to sneak away and spend some time researching the latest news, mauling nazis in some Wolfenstein II The New Colossus, and [of course] playing tons of the free online fantasy games. But first the MMORPG news of the week.

Details about the game codenamed “Project W” have emerged, including it’s official name, Ascent: Infinite Realm. This game has been in secret development, with the earliest evidence of it dating back to November 2016, when Kakao Games announced they would invest in the development in a “forthcoming Triple-A MMORPG” with Bluehole Studios (the makers of the massively popular PlayerUnknown’s Battlegrounds ). Here’s what we can safely ascertain at the moment. It’s a persistent MMORPG, one that will allow you to build a character over multiple sessions (not at all like PlayerUnknown’s Battlegrounds. The evidence for this is in the presence of custom outfits and cooking in the trailer). We also know that some of the game will be linear raids you can embark on with other players, and some of the game will consist of large PvP battles. We are shown highly diverse types of creatures and characters fighting one another: with steampunk armor suits taking on winged swordsmen, and giant dragons taking on futuristic aircraft; the only thing missing is the aliens fighting in space. Thankfully there’s room for DLC.

It may turn out, however, that all this optimism could be the red herring. Upon further investigation, my hope for Ascent: Infinite Realm suffers some minor blows. It all sounds great on paper; a persistent universe where entire realms engage in massive battles with one another; a marriage between the gorgeous detailed character models of Black Desert Online with the western-style hair trigger shooter that was PUBG. But it comes apart at the seams when you start asking the realistic questions. Has either company been good at story? Will Kakao Games microtransaction their userbase to death as seen in Black Desert Online? How vital will these purchases (if any…but come on…) be to the fun/meta of the game? And weren’t the PUBG servers always laggy and inconsistent? My initial take: Project W maybe should have stayed a project, because it’s at risk of being a hodgepodge mess. The racing minigame where you are “rolling inside a barrel and collecting Mario Kart-style power-ups” says it all. “Can’t wait for everyone to try….this….”

The partnership with Bluehole studios seems like a no-brainer on the surface; Player Unknown’s Battle grounds widespread success has earned Bluehole studios the hearts [and possibly the blind trust] of millions of gamers, who were treated to an experience like any other. But, at present, I’m approaching with caution.

Niantic, the creators of the hugely popular Pokemon Go, announced that they are making a Harry Potter game in this press release. The game is called Harry Potter: Wizards Unite, and promises to be the next step in AR mobile gaming. Briefly summarizing the game, the post read, “ Players will learn spells, explore their real-world neighborhoods and cities to discover & fight legendary beasts and team up with others to take down powerful enemies.”. Diehard Pokemon trainers expressed frustration around the web, thinking for sure that this will reduce attention and resources devoted to their favorite game; but Niantic has since released a statement, saying that will continue to work very hard on Pokemon Go. Be sure to check back here often for the latest on the best free mmorpg games, best free to play mmorpg’s, top mmorpg games for pc, mmos that you can play for free, and free online fantasy games.