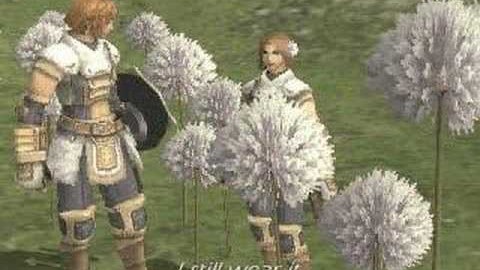 There aren?t many games that require the amount of dedication MMORPGs do. Players put in endless hours trying to achieve certain goals. Some even prioritize their virtual livelihood over real life responsibilities. No matter what genre tickles your fancy, if you?re an MMO gamer, you?ve probably spent more time than you?d want trying to achieve online goals. You?ve also built some very memorable moments in doing so, most likely.

Nothing quite touches the heart of an MMO gamer than the memories they build while playing. Something drives players to leave their favorite MMORPGs though. Plenty of online experiences are complete hassles, leaving players to think bad thoughts about developers. With every lengthy adventure comes a unique anecdote though, and many of which can?t be paralleled by other game genres. Many things can cause a player to stay dedicated, and one bad experience can be enough to make them leave for good. Today I take a look at what there is to Love and Hate about parting ways with your once favorite MMO game.

One of my biggest problems with MMO gaming was not staying focused on one path. Part of what makes MMORPGs so entertaining is their ability to provide many different experiences. It may be difficult to say goodbye to a game you once heavily dedicated time to, but eventually happens. Many times people grow bored of repeatedly playing the same game, for whatever reason. I love moving on from a game. It opens you up to finally take part in brand new online experiences, many of which you probably overlooked.

There are many MMO titles that give players the option to keep their past characters alive. Sometimes gamers just need to take a break from playing. Other times players get frustrated with their dedication not paying off, but later regret deleting their once cherished creation. I love when you are allowed to leave an MMO universe and years later return to find your character right where you left them. The essence of your character can live on even after canceling a paid subscription.

I also love just not having to pay for a monthly subscription anymore just on principle. Roughly 5% of the MMO market is still pay-to-play, if even that much. Not having to pay a monthly charge really takes the pressure off the way players spend their time in an online universe. If you frequent the Love and Hate section of our website, you have probably heard my many references to Final Fantasy XI. It was my most played MMORPG, but sadly years later it continues to be a paid subscription model (as will FFXIV: A Realm Reborn). I love not having to pay a reoccurring fee just to keep my efforts in tact, in case I ever want to return to my character.

Sometimes you need motivation to break the habit of obsessive MMO gameplay. I can?t tell you how many times I returned to a game because I wanted to give it another chance. It always ended up being brief happiness, or quick realization that nothing had changed. I hate when I think it?s a good idea to return to a game when so many signs made you leave in the first place. Most of the time I have my own boredom and blind hope to blame. Other times content explosions like expansion packs are at fault. On that note, I also hate the way developers can drag you back into the MMO madness you had already come to terms with leaving.

Its can be extremely difficult to say goodbye to your character for good. You put in so much time, and wasted so many efforts to achieve something you will never see again when you finally leave. This is a unique feeling that can?t be mirrored by non MMO games, mainly because you can go back and play those games whenever you want.

People dedicated themselves to an MMORPG for the payoff. If it doesn?t seem worth your time, why put in the effort? MMOs provide a special way to accomplish virtual domination. Players can make very different choices and have drastically different experiences because of non-linear storylines and free open worlds. Everyone has a different story, and therefore also have different reasons for leaving an online universe. Your achievements are special when it comes to MMO gaming, making it that much harder to say goodbye.

The only thing more difficult to say goodbye to in an MMO is the community. If you are the average MMORPG gamer, you?ve probably dedicated at least a year to the on and off playing of an online title. Tons of relationships are established in a year. There are plenty of bonds formed in short periods of time, but MMORPGs create virtual communities like no other games can. Teams, guilds, and linkshells have spawned some of the most respectful relationships between individuals.

MMO relationships are often even more concrete than ones you find in real life. People are dedicated to similar causes, helping to not waste as much time as most players would alone. When those causes differ, those bonds may start to break, but there?s no taking away the great memories you once shared with other gamers. I remember watching a brief video back in 2008 (which I just hunted down) about the story of two players. It portrays the amazing memories, along with feelings of loss, a gamer can be subjected to when leaving an MMORPG that once provided so much. It?s a simple video of clipped together screenshots from the game, but it drives the point of this entire article home.

I will never forget the times spent on my favorite MMORPG, but god am I glad to finally be done. To this day I want to go back and give FFXI another shot, which is why I ultimately deleted my character. Despite being aloud to return, I have moved on allowing my cherished memories and online friendships from the game to stay the one of a kind MMO experiences they always have been. Do you ever feel the regret of leaving your favorite online game? Were you finally happy to cut ties with an overly dedicated passion you once had? Let us know below and keep checking back for more discussions on what there is to Love and Hate about MMORPGs.