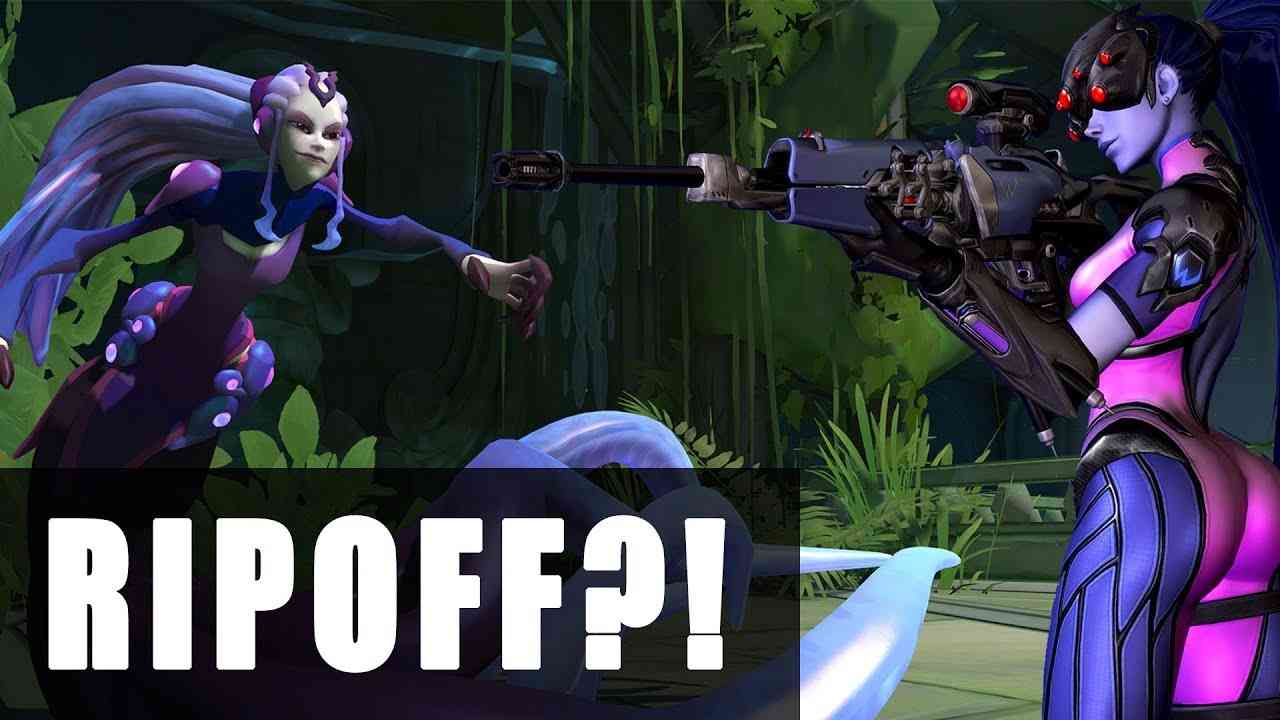 Hey Attackers, I’m here to share some of my thoughts on the new hero shooter/MOBA: Gigantic, and specifically one of the elements that I think is holding it back from being a great game. But first, check out our video overview of the game below.

As you can see we enjoyed our time with Gigantic a great deal. It’s a good game. And there are even moments in the middle of a pitched battle where it feels like a great game. It has a charming cast of characters and a wealth of satisfying gameplay. But that doesn’t mean there aren’t things that the game needs to work on.

Is Gigantic an Overwatch Ripoff?

We touched on the monetization system a bit in our video but I wanted to go more indepth about the issue here because I feel as if it’s one of the game’s biggest flaws. Currently, it feels as if it takes an inordinate amount of time to unlock new heroes, skins, etc. And while the unlock rate could be inline with other MOBAs, it doesn’t feel like it.

But, for the sake of argument, let’s say the time it takes to unlock something in Gigantic is the same as it is in Heroes of the Storm or League of Legends, the later two games still offer quicker paths to unlock content. And that’s because you have the opportunity to earn free heroes, skins and etc. through loot boxes. Sure, it’s not guaranteed, and a lot of what you do get actually turns out to be crap. But there’s still something to work toward. Now, am I saying that Gigantic should give away their stuff for free? No, not necessarily, but there should be some middle ground. And it’s important to keep in mind that Gigantic is up against established competition. If I am going to sink hundreds of hours into a game it’s always nice to have something extra to play for. I’m all about the thrill of competition and the mastering of complex systems. But it never hurts to have something on the side. And that’s the void Gigantic’s fortune card system tries to fill.

Gigantic’s fortune card system is what they have to give players a little extra incentive to play. These fortune cards are essentially bounties that you complete for XP and crowns. Every day you get a free draw to pick a fortune card. And you also get free draws on level ups. And if you complete a whole set you receive a lot of rubies. But large should be in quotations here because you don’t get much for all the effort and time you have to put in.

When I first started playing Gigantic I found completing fortune card bounties addictive. But then their price jumped from 5 rubies to 10. And slowly I began to realize what a waste of money they were. The rewards for completing them are so minuscule. But it’s even worse than that because, on one hand, I feel like I’m gimping my progress by not having 7 fortune cards active at all times. But not only are they not worth it, but it’s impossible to do unless I spend real money on the game. And if I’m doing that, why not just purchase whatever I want outright?

None of these issues are deal breakers of course. But the game is in a really competitive genre. And without a stronger hook, I’m worried about it dying off too soon. And that would be a shame because I think it’s a game that deserves to be around for a long time.