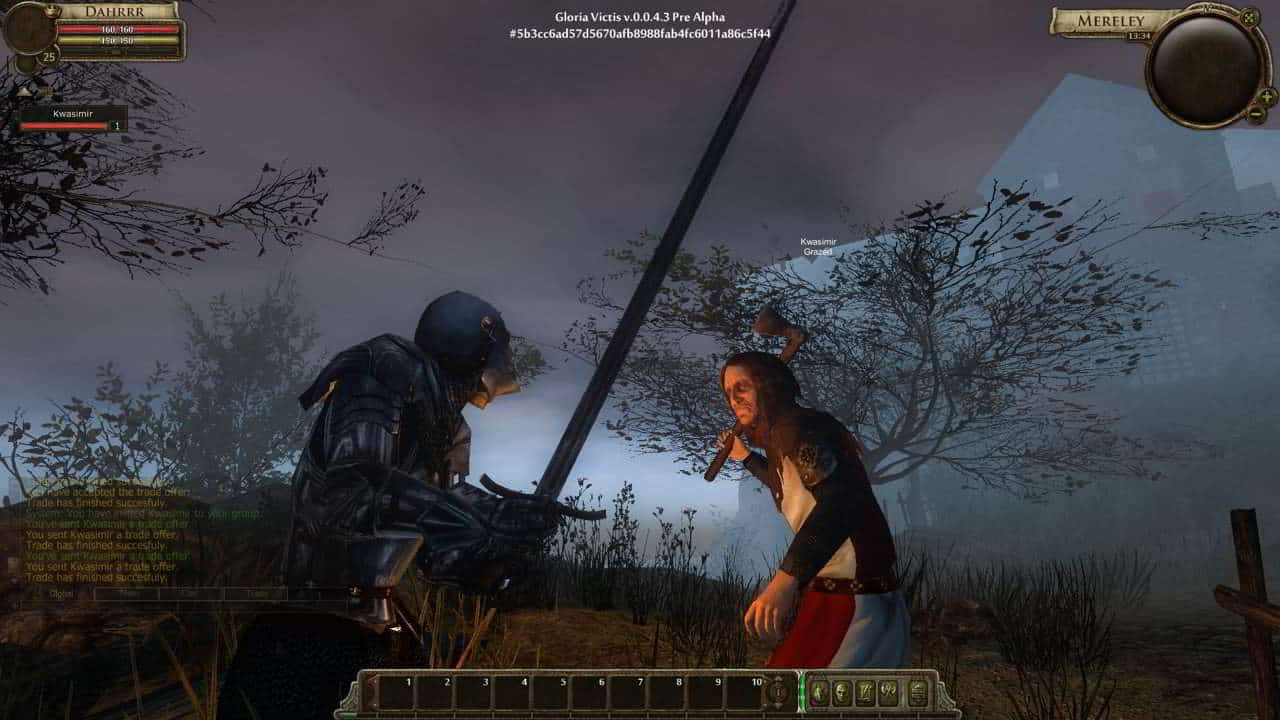 Gloria Victis received its latest update on the Pre-Alpha journey today as update v.0.2.2 welcomes an exciting array of changes and improvements to many of the upcoming MMORPG’s most popular elements. Among the more noteworthy aspects of the update are improvements to the in-game territory control system that has undergone many minor improvements alongside the addition of destroyable gates for strongholds and new defensive options with pots of boiling oil. Furthermore the team made adjustments to the item durability and repair system, an addition made possible by current donators backing the game voting on the official forums.

Other elements of the v.0.2.2 update can be seen below:

– Implemented gates which can be opened only by the players from a nation controlling certain location – players from enemy nation have to destroy it first
– Implemented pots with boiling oil set on the walls of towns and outposts
– Implemented knife damage modifier based on character’s dexterity
– Modified items durability and repair mechanics, basing on the results of a Community poll; implemented a solution proposed by many of our players – durability threshold, after which items statistics are decreasing to the preset minimal value; for testing purposes we applied 50% durability threshold and statistics decrease down to 50% of initial value when durability is 0
– Reworked the party system
– Placed 25 new NPC enemies on the map
– Added four new pieces of music
– Added new game languages – Portugal, Brazilian, Swedish, French, Hebrew

– Implemented a new launcher version, allowing to download the game files from a mirror located in North America
– Fixed bug related to displaying the alternative materials in crafting window
– Fixed bug from the latest version, causing FPS drops in towns at night