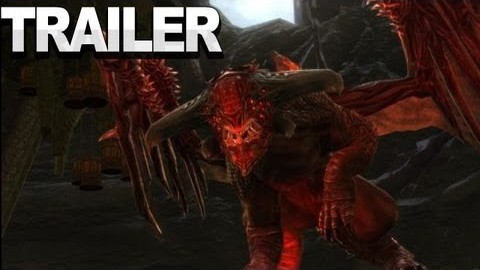 A teaser trailer for Trion’s Rift, update 1.8, will include quite a bit of new content, including a 20 player raid where you’ll battle colossal foes inside a volcano. Billed by Trion as ‘the most advanced raid in Telara’, expect a high degree of challenge as you take on Infernal Dawn’s seven bosses.

The video below gives you a sneak peek of what to expect in latest update for the popular free online RPG.

Expect Rift’s 1.8 update sometime later this month, which will include fishing and survival tradeskills so you can catch fish and cook food, a guild finder and a new world event.  In the mean time check out our game page for Rift, where you can find our review, screenshots and more videos for the game.