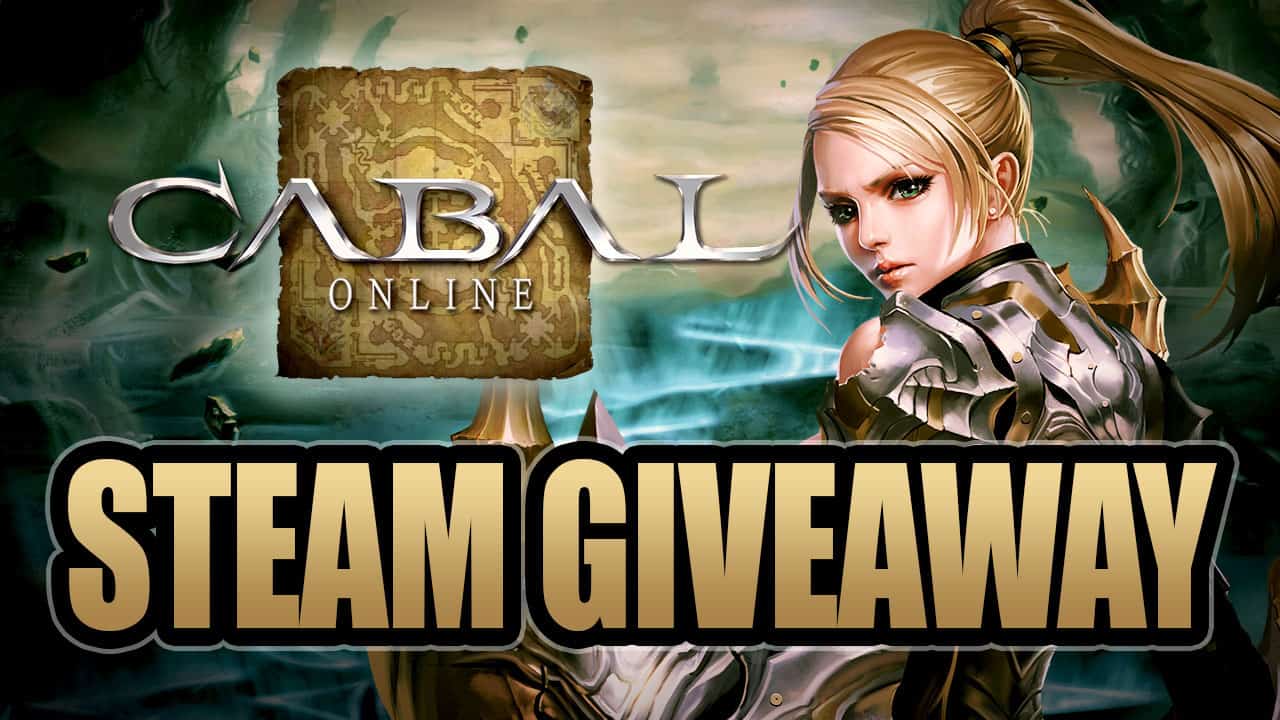 MMO Attack has teamed up with CABAL Online to offer fans of the game a code to help you kick-start your leveling experience in the game to celebrate the launch on Steam! The giveaway is for a 7-day use of the BLessing Bead Plus. The Blessing Bead Plus is one of the most sought after premium items in the game, as you’ll gain access to Premium Channels and GPS teleportation for fast travel around the world. Additionally, you’ll gain a +25% bonus boost in EXP, Skill EXP, Drop Rate, WEXP, Pet EXP, and AXP! On top of that, Alz (CABAL’s in-game currency) gains are increased by +200%!

[heading]How to Redeem Your Key[/heading]
1. Launch Cabal Online on Steam or visit Cabal’s website to create an account or login
2. Visit the Item Shop in-game
3. Click on the “Plus” tab, then click on the “Coupon” option on the side-bar
4. Enter your coupon code here, and redeem from your Coupon Box to instantly receive your Blessing Bead Plus (7-Day) in your in-game cash inventory!

ESTSoft, Inc. announced today that gamers who long for the days of MMOs with deep, immersive RPG elements, epic skill-based battles and in-game communities that defined the word “massive” can now sign up for their chance to be among the first to experience CABAL 2. The high-fantasy massively-multiplayer role-playing game (MMORPG) is now taking signups at its pre-launch website, offering the most dedicated of online role players the chance to sign up to be the first to experience the game as early as next week. Launching in 2015, CABAL 2 is the North American follow-up to the wildly-successful CABAL Online, played by tens of millions of players.

“The launch of the beta program and focus testing for CABAL 2 is the first step toward delivering the smooth, strategic and social MMO experience our passionate community deserves,” said Steve Pae, executive vice president of ESTSoft Inc.  “With beta signups and the launch of our new forums, it’s finally time for the CABAL 2 community to officially come together, and we’ll reward a lucky few with the chance to be the first to experience the game through our focus group testing next week.”

Beginning today, gamers can sign up for beta testing and to receive access to the forums and all  latest game updates for CABAL 2 at http://cabal2.estgames.com/, and can also sign up for closed focus tests that begin on Dec. 19.  The four days of focus testing, offering the first chance to play CABAL 2, will wrap up on Dec. 22. 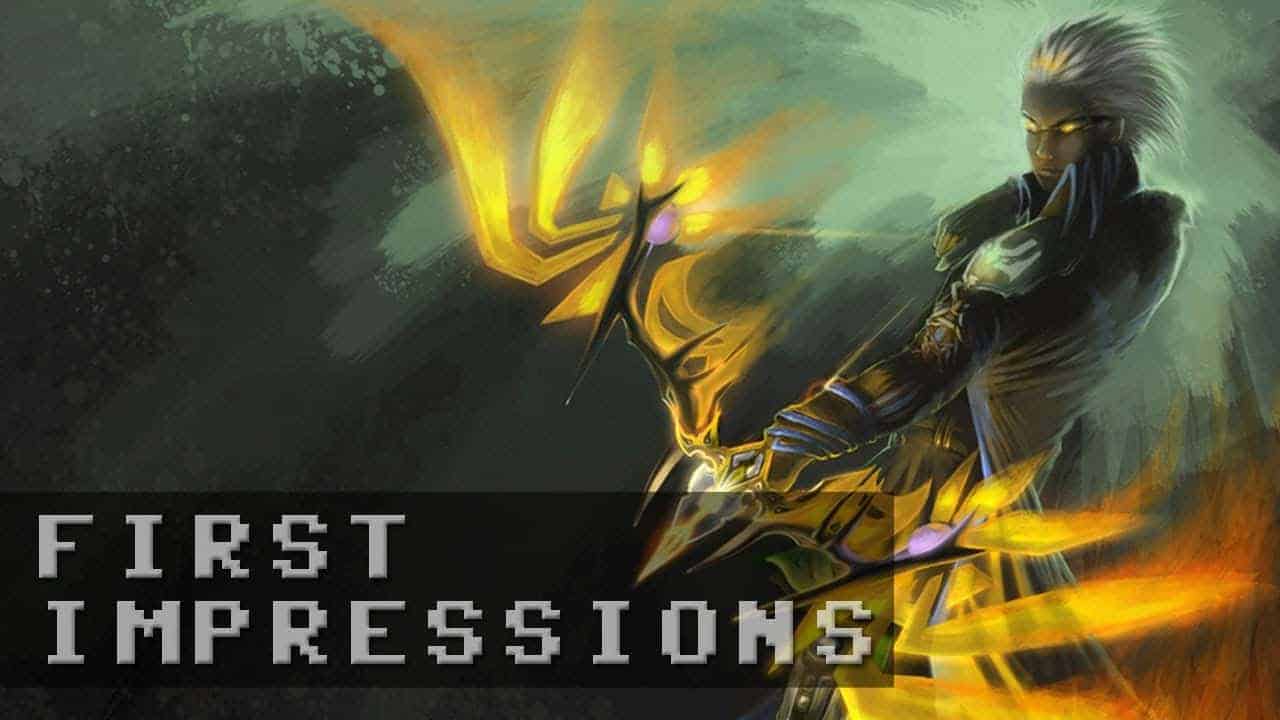 Arcane Trace Content Update is live and ready to go for new and old players alike.

Cabal Online is a straight forward MMO in many ways but provides a spin on the usual features with its unique duel system where you can place bets and the skill combos. The game is known for its solid gameplay and good support with regular updates.

Cabal Online is a free-to-play, 3D massively-multiplayer online role-playing game (MMORPG), developed by South Korean company ESTsoft. The game takes place in a mythical world known as Nevareth, which was destroyed by an evil entity known as the CABAL. Out of the survivors, six “Masters” rose up, each wielding the abilities of the “Force Power”. These masters taught the people, and Nevareth was rebuilt. Years later, the CABAL is plotting a return to power, and the characters of the game take up the role of heroes who battle the CABAL uprising and conspiracy.

Although Cabal Online is free-to-play, the game has a “Cash Shop” which allows players to purchase game enhancements and useful ingame items using real currency.

The game features an interactive combat system that utilizes a combination of attacks to deliver blow after blow in both NPC and PvP battles.  There is a dynamic character-creation tool with more than 200 options to fully customize your avatar.  More than 300 dungeons are featured throughout Nevareth with highly original and challenging quest designs to explore.

Start off your adventure in one of the game?s three newbie towns and explore the large fantasy world of Cabal Online. The game?s six playable classes are:

Warrior – As the name applies, the ?warrior? is the standard tank / melee character. The warrior relies entirely on his strength and uses the two handed sword as his main weapon.

Blader – Bladers are proficient at using dual swords and can deal damage very quickly but have incredibly low hit points. They are strong PvE characters, as they have high defense.

Wizard – The Wizard is the standard offensive spell caster archetype in Cabal. They can deal massive damage from a distance but are vulnerable to attacks in melee range. They have the lowest hit points in the game.

Force Blader ? Force bladers are proficient with both spell casting and melee swords. They are quick and agile and can do a great deal of damage very quickly, but are unable to wear heavy armor. They are regarded as one of the best ?pvp? classes.

Force Shielder – Force Shielders are the standard ?tank? archetype in Cabal, they have the best defensive capabilities, but relatively weaker damage than the other melee classes in the game. They are capable of using both defensive and offensive magic and are considered strong ?PvE? characters.

Force Archer – As the name applies, the Force Archer is the generic ?archer? character in Cabal Online.