The free-to-play gaming portal WEBZEN today celebrates their 6th year as a leading global developer and publisher in the free-to-play industry, launching a slew of exciting in-game events for its leading titles. Since its founding in 2009 WEBZEN has brought high-quality free-to-play titles to players around the world, expanding its services to Europe, North America, … Read more 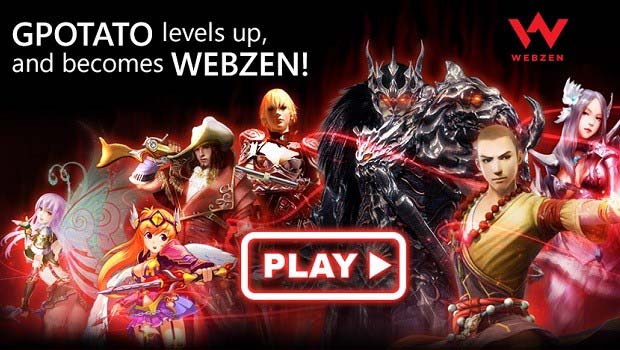 Over 40 million players in 150 countries can now enjoy the combined forces of Webze, gPotato EU and gPotato as the popular MMO publishers announce a brand new gaming portal, combining the most popular titles from both publishers.

The new update brings a lot of battle-related features such as battle arenas and PvP stadiums.

Rappelz is an MMORPG which mainly focuses on training pets to fight beside you. These pets are like another player fighting beside you. They can tank, damage deal and heal and they have their own skill bar you can customise. There are also plenty of character classes to choose from. Rappelz is a game that is great for people who like to grind in dungeons. Massive amounts of experience can be gained in a very short time. Quests are not heavily featured in the gae and in most cases can be ignored entirely.

Rappelz is a free-to-play MMORPG developed by the Korean company Gala Lab. The game features three races: Deva, Gaia and Asura. Each one branches out into three base classes players can choose from: Warrior, Magician and Summoner.

The class system is extremely varied with numerous class jobs for each base class. Gaining experience points in Rappelz is done through traditional methods such as questing, killing normal monsters in the open world or high difficulty monsters in the game?s dungeons. Unlike the vast majority of MMORPGs, Rappelz does not use instanced dungeons.

That means that different parties can interact with each other within the dungeon. Another appealing layer of the dungeon system is the feature that enables guilds to claim ownership of a dungeon and thus gain special rewards in the form of taxes. Once a dungeon is claimed by a guild, ownership of that dungeon can be contested only once a week during a fixed time interval.

In Rappelz, almost all zones allow for open PVP. The PVP free areas are several of the game?s towns and starting regions. However, players that do not wish to engage in PVP have the option to turn off their PVP status and thus protect themselves from PK.