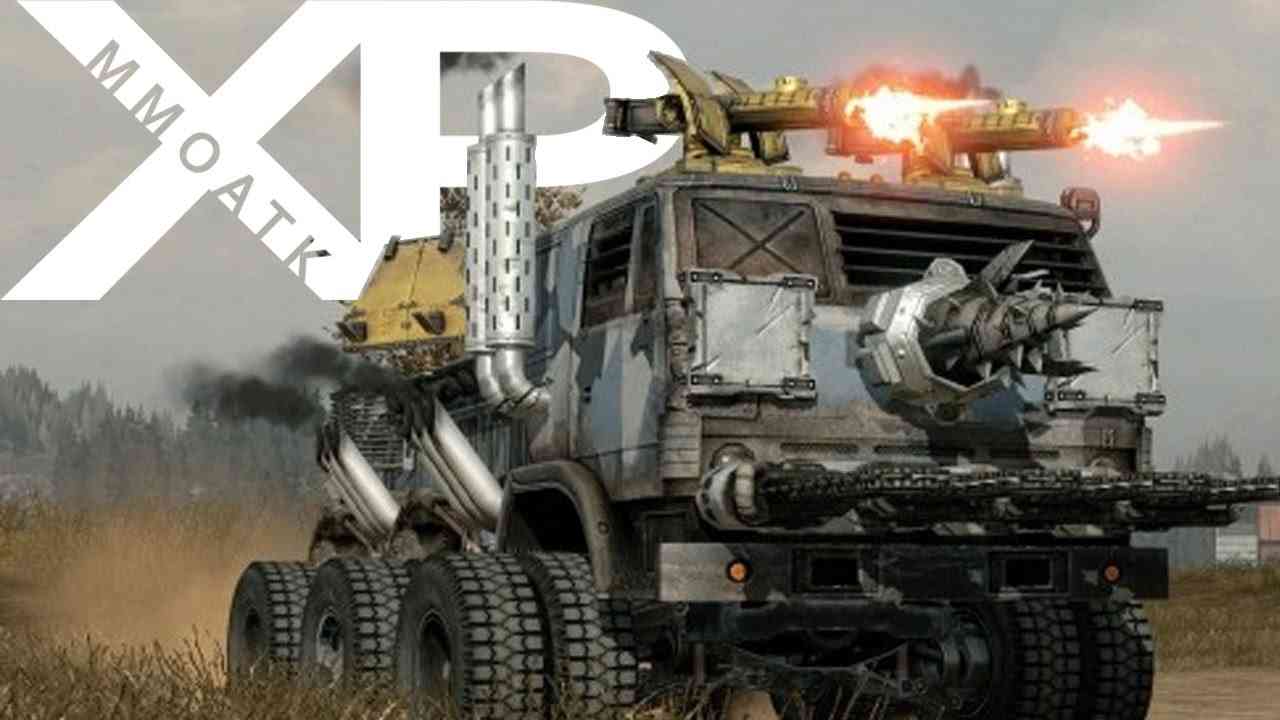 What’s up Attackers!  Kirk here with Attack Gaming, welcoming  you to our week-long round-up of MMO related news and stories.  Today is April 8th, we are quickly approaching Thomas Jefferson’s birthday, which is very important in all of our lives, papa bless.  This week on the show we’ve got information on Black Desert Online, Crossout, Wild Terra, ASTA and much more.  The XP, starts now!

Daum Games announced this week that it sold 400,000 thousand copies of Black Desert Online during its first month available in North America and Europe, which, with even the most conservative estimates, is like .. $12 million in box sales alone.  And that doesn’t even take into account the cash shop, which Daum Games Europe CEO Min Kim said is paying off more than many of the most popular free to play games that rely strictly on in-game items.  Also this week Black Desert Online added an auto-looping feature to the game, after a poll in which 83% of players voted favorably for.  The Auto-loop feature allows players to set a looping path for their character, which is ideally used to level horses, stamina and strength will AFK and leveling up your mac-and-chesse making skills.

Big Picture Games announced today that Darkfall: Rise of Agon—the company’s official resurrection of the original Darkfall Online—has entered Alpha testing. The first set of 500 Alpha invites will be sent out randomly over the course of the day. The Alpha test will be focused on stress testing the server and game lobby, as well as ensuring that account management is functional. Which I can imagine will be so much fun for the players!  There will be an NDA for the first few weeks, but it will be dropped as soon as possible.  With the launch of Alpha, pre-orders have begun. As was previously announced, you can get Closed Beta access for a minimum of $19.95.  If you have not yet signed up for Alpha testing, you can do so at darkfallriseofagon.com/ hashtag alpha.  What is Darkfall: Rise of Agon? A fantasy MMORPG that features fast paced, competitive first person combat, a vast and seamless open world game that focuses on risk vs reward. You will be able to join battles of thousands of players in an open PvP environment where player skill and group strategy determines the outcome.  The game is scheduled for full release in 2017 with a monthly subscription fee of around $15 US.

Gaijin Entertainment and Targem Games announced today that Targem’s post-apocalyptic vehicular combat game Crossout has officially entered Closed Beta. The beginning of Closed Beta introduces a number of new features. The game now has official VR support. A new map called Founders Canyon pits players against each other in an environment filled with broken statues.  Players can now create their own bosses called Leviathans. The Leviathans can then be put up against players in PvE modes in which they are AI controlled. If the Leviathan wins, the player that created it will be given a reward. To access Leviathans, players must have high levels of “reputation and experience” with the Engineers faction.  Anyone can now gain access to Closed Beta by buying a Founder’s Pack. The three available Founder’s Packs are $19.99, $29.99, and $49.99, respectively. Alternatively, you can sign up for a chance at a free Closed Beta invite at crossout.net

WEBZEN announced today that ASTA‘s first major content update will be arriving on April 19th. The update will add another difficulty mode for the game’s 10-player raid dungeons and a new Team Arena map. Some additions and changes are being made based on community feedback.  WEBZEN Head of Global Business Richard Moon had the following to say about the announcement.

ASTA has received a fantastic response from current and new WEBZEN players and we are extremely pleased with how much fun players are having. We are nowhere near finished improving ASTA. This content update is the first of many based on player feedback and analytical data, and we are striving to make the best game possible for our players.

More additions and changes being made in this patch will be revealed in the weeks leading up to the patch.

Following five months of development and testing, Wild Terra‘s overhaul finally hit live servers this week. The update—which has been available on test servers for a while now—will bring the game’s new 3D character models to the live servers. The world will now be procedurally generated, and automatically generating more land with each and every player that joins the world. Players will be able to select their gender, which wasn’t a feature when we first checked it out months ago. And Various animals, such as bears and horses, can be tamed and used as mounts. There are now Peaceful, Conventional, and Disputable zones that determine whether you can PvP or not.  Early Access packs are currently discounted if you want to check the game out at playwildterra.com.

Since her first appearance in DAREDEVIL #168 (January 1981), Elektra has proven herself one of the Marvel Universe’s most dangerous assassins. Finally, Marvel Heroes 2016 players can experience her lethal suite of moves for themselves – she’s newly available as the game’s 57th playable character. Voiced by Kat Cressida, Elektra dons her classic red costume, and an alternate choice is available inspired by her appearance in Marvel’s Daredevil Season 2.  Called “one of the Marvel Universe’s most dangerous assassins,” Elektra uses her sai, rope dart, shurikens, and more to attack. Her abilities include one called Marked for Death that “debuffs powerful enemies while buffing herself.”

That’s all I’ve got for today, thanks for watching liking and subscribing, have a great weekend and i’ll see you all soon!