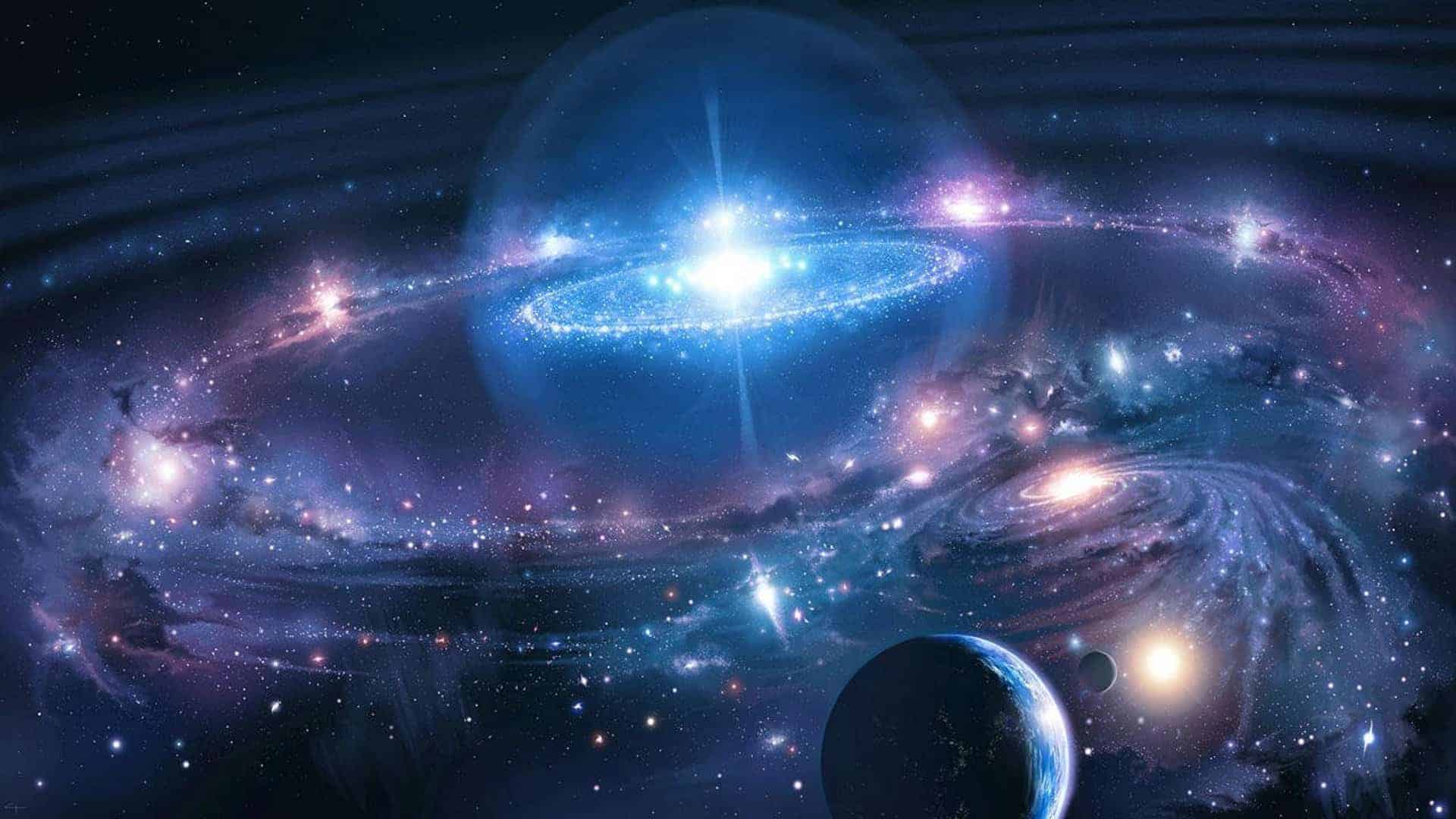 Let’s face it, the gaming community is overloaded with a whole mess of self proclaimed science fiction geeks, whose passions have no doubt inspired the drastic influx of new MMO games over the years.  When it comes to MMO gaming however, the Fantasy genre is the clear champion. There are endless choices when it comes to a fantasy style MMO game, mostly in RPG form. With so many rehashed ideas flooding the MMO market though, it can sometimes be difficult finding one that makes an online game worth playing over the rest. It may sound gloomy, but sometimes a bright and vibrant fantasy world just pales in comparison to the vast emptiness of the dark reaches of space. If you are one of those many sci-fi geeks looking for a great MMO, these are the games to choose. Here are ten of the absolute best sci-fi games the gaming industry has to offer.[heading]10.Scarlet Blade[/heading]

MMO ATK was lucky enough to get the inside scoop on Scarlett Blade before it hit closed beta. This is a mature MMORPG with an all female cast and immensely fierce PvP battles. In a post-apocalyptic artificial world where neohumans exist, players will be subject to some of the most riveting PvP combat they?ve ever experienced. After an alien invasion forces the world to undergo a nuclear catastrophe, a future race of human beings are left to repopulate the earth with the assistance of advanced technological preparations known as Arkana. Whether you choose to support advanced technology or take back the world with the human race that once rightfully inhabited this earth, players are sure to soon be involved with one of the most original stories a science fiction fan could hope for. Keep an eye out for the Scarlett Blade’s full 2013 release to join some great player verse player showdowns that will host upwards of 150 participants.[play-now=http://traktum.com/?a=63495&c=192305&s1=]Play Scarlet Blade[/play-now][heading]9. ACE Online[/heading]

This free-to-play, 3D MMO shooter is another game heavily based on PvP interaction. Choose your nation and jump into number of spaceships known as ?Gears? to partake in an extremely fun contest of third-person and first-person aerial combat. Dedicated players can purchase they share of items and enchantments including reduced trial effects, increased experience rate, and rare specialized weapons that can be obtained through the game?s unique Gamble System. There are even raids and timed events like Mothership Battles, that frequently change each nation?s gaming experience. The balance between lone combat and formation battles will satisfy any sci-fi fan with a desire for MMO space exploration.[play-now=http://traktum.com/?a=64103&c=156917&s1=]Play ACE Online[/play-now][heading]8. Vendetta Online[/heading]

Vendetta Online may not be the best game on a PC, which is why it gains so much ground jumping to other platforms. This is the first MMORPG on the PC to run on other operating systems including Linux, Mac OS X, and most importantly Android. Vendetta Online finds greatness in its recent mobile access, providing sci-fi fans a way to satisfy their geeky space exploration no matter where they are. Players control spaceships with detailed specifications, along with a diverse weapon list that varies in control difficulty. With players possessing the ability to trade each other, along with developers that are actively expanding the games capabilities, Vendetta Online is becoming increasingly popular every day.[play-now=http://traktum.com/?a=64103&c=156917&s1=]Play Vendetta Online[/play-now][heading]7. Star Trek Online[/heading]

You?d expect one of the biggest sci-fi cult followings to be higher on the list; but what this MMORPG succeeds with in aesthetics, it fails with in replay value. The missions can seem a bit repetitive, but Star Trek Online occasionally has updates called Seasons that have been fixing many bugs and improving overall game experience. It doesn?t matter how you view this MMO as a gamer though. This is exactly what fans of the Star Trek series want out of a game. If you love Star Trek and have time for an MMORPG, this is the one to choose; especially since the game went free-to-play in 2012. Fans will find a balance between developing their own Star Trek character while manning a ship through combat situations in deep space. There?s no better way to experiencing being a Trekkie with millions of other gamers than Star Trek Online.[play-now=http://traktum.com/?a=64103&c=156917&s1=]Play Star Trek Online[/play-now][heading]6.GunZ: The Duel[/heading]

GunZ is a 3D MMO shooter that provides a fast paced, third-person combat experience. The peer-to-peer based video game is extremely entertaining. What makes this game science fiction is also what makes it so much different from other MMO shooters. GunZ stresses on a unique system of movement that’s interactive with the constructs and terrain in each map being played. Players will choose from a variety of weapons while performing acrobatic stunts like mid-air dashes, flips, and running off walls. Immediate changes in motion and multiple options of evasion create one of the most chaotic, yet oddly stable, environments ever offered in an online shooter.[play-now=http://traktum.com/?a=64103&c=156917&s1=]Play GunZ[/play-now][heading]5.Battlestar Galactica Online[/heading]

This is another cult-followed sci-fi MMO. Unlike Star Trek and Star Wars though, this game is merely browser based. The game itself may not be as huge as other popular sci-fi adaptations, but it definitely succeeds at bringing Battlestar Galactica fans together in a video game setting. Players will choose to be Human or Cylon choosing from light, medium, heavy, and major vessel classifications. Players will also cooperate and partake in PvP matches that involve strategic gameplay that hasn?t been seen in other MMO games. In just under three months the browser based MMO reached over two millions subscribers, proving it to be one of the most successful cult inspired science fiction video games currently on the internet.[play-now=http://traktum.com/?a=64103&c=77474&s1=]Play Battlestar Galactica Online[/play-now][heading]4. DC Universe Online[/heading]

This one just makes sense. The game itself has met some criticism on overall gameplay mechanics, but what MMORPG hasn?t? The important thing to look at is that this is a gamers best option to fight alongside and play as their favorite super heroes (and villains) with thousands of other DC fans. The game has brought an influx of new players to the MMO world, which could be argued as a good and bad thing. Regardless, players will find reoccurring MMORPG elements along with a plethora of new ones. The mix of random events and planned PvP showdowns has created a fresh yet oddly classic feel toward experiencing famous characters like Superman and the Joker. Showcasing famous DC locations, free gameplay, and one of the better voice acting casts in any MMORPG to this date; DC Universe Online inches is way toward to top of any geek?s MMO game list.[play-now=http://traktum.com/?a=64103&c=156917&s1=]Play DC Universe: Online[/play-now][heading]3. Eve Online[/heading]

After an explosive of the human race uses up Earth?s resources, players find
themselves 21,000 years in the future in another galaxy called New Eden. After traveling to New Eden to build resource harvesting colonies, the wormhole used to connect the galaxy to The Milky Way is suddenly cut off, leaving civilizations of post-earth human races to weave new destinies flying through space. This MMORPG is a science fiction dream. It has lasers, space travel, wormholes, alien races, highly advanced technology, futuristic experimentation, foreign disease; the list goes on forever. Aside from the sci-fi check boxes this game fills, it succeeds at almost every level of MMORPG gameplay. Players can build a character with many distinct qualities, pilot warships through space, and partake in devious acts like stealing and plotting executions using large NPC groups. With an amazingly innovative integration of other games like Dust 514, Eve Online is absolutely one of the most unique and strongest MMORPGs out there. There is no summary or brief explanation that will do this game?s content and capabilities justice.[play-now=http://traktum.com/?a=64103&c=156917&s1=]Play Eve Online[/play-now][heading]2. Planetside 2[/heading]

Science fiction loves using wormholes. This MMOFPS takes place hundreds of years after a destructive war on Earth, on the planet Auraxis. After choosing from three factions, players will have a blast utilizing a number of different classes against enemies each time they play. Each class has unique specializations that drastically change gameplay. This is one of the newest and most entertainingly addictive sci-fi shooters around. What pushes Planetside 2 above most other first person shooters is that it?s a true MMO, allowing up to 2,000 players to exist in a single arena at once. Unlike other shooters out there, players can even level up and advance their characters, unlocking abilities and items. Throw in the fact that the game is free-to-play and you have yourself a nearly unbeatable MMO game.[play-now=http://traktum.com/?a=64103&c=155824&s1=]Play Planetside 2[/play-now]
[heading]1. Star Wars The Old Republic[/heading]

Is there any other cult phenomenon more popular in the world nowadays than Star Wars? Star Wars is everywhere, and one if its greatest moves was reentering the MMORPG race. That?s right. Star Wars already had an MMO called Galaxies, which was popular before World of Warcraft became a household name. With such a successful franchise of video games, it was clear gamers would eventually see an improvement. The Old Republic does cheat a bit to be at the top of this list, after all it?s not truly science fiction. Instead, Star Wars hits a unique category of science-fantasy, which is close enough in my books. The force may be magical, but there are endless sci-fi aspects that keep gamers hooked in this amazingly massive world. Disregard the fact that you get to build your very own Jedi or Sith, but keep in mind the pieces of weaponry called lightsabers players get to wield instead.

There are also futuristic guns and vehicles in case you have more of a bounty hunter personality. Don?t forget the trend on this list of providing battles in deep space. With the largest voice acting cast in video game history, it’s hard to argue there’s anything more enthralling than Star Wars: The Old Republic. This MMORPG was always destined to top video game lists; going free-to-play last year was just the icing on the cake. I don?t think I need to wave my hand through the air to convince a sci-fi gamer ?this is the game they?re looking for.?
[play-now=http://traktum.com/?a=63495&c=194517&s1=]Play Star Wars: The Old Republic[/play-now]Were there any great sci-fi games left off the list? Let us know below and don’t forget to check out some other great free MMO games.