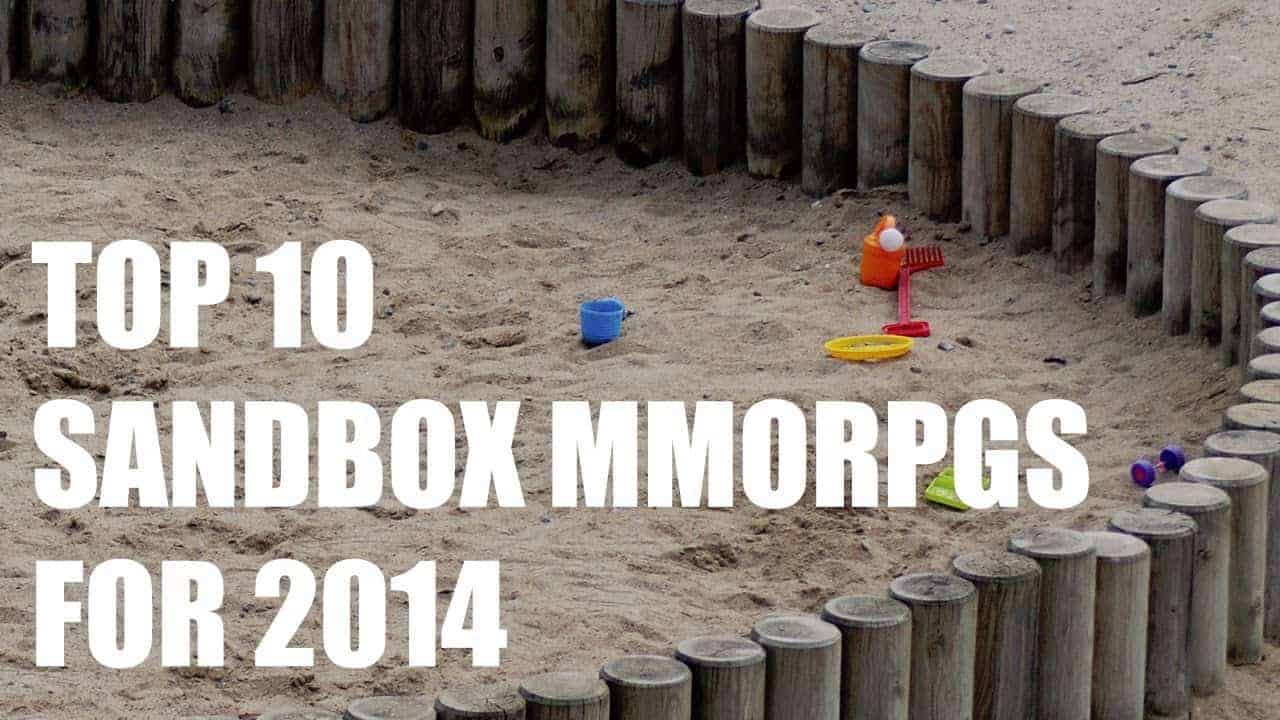 For many years the term sandbox brought the feelings of old, dated, and empty to gamers minds.  But a resurgence is currently in the works as more and more players are harkening back to the times when incessant hand-holding wasn’t the norm, and a pre-destined path towards level cap with predictable dungeons and kill ten rat quests didn’t litter the face of many of the MMOs we may otherwise enjoy.

With the return of the mighty sandboxer eminent, we wanted to take a look at some of the newest games either recently announced, in alpha, or just about ready to let you enjoy them.  So here are ten sandbox MMORPGs to look out for this year.

[heading]TUG[/heading]We start out this list with a lesser known title, that finished its Kickstarter campaign early last year, TUG.  TUG is a multiplayer open world sandbox RPG, that uses new technology and social sciences to directly involve players in the game’s design.  What the hell does that mean?  Other than what TUG PR guy came up with the game promises to integrate modding support, to give players tools to help shape their game, offer total freedom to whether you want to play alone, or with friends on a private server.  Everything you need will be created in-game, from name plates above players heads to a mini-map on your UI or seeing detailed info about your friends, enemies and gear.  TUG is currently in Alpha for backers

[heading]Terrayn[/heading]Terrayn is a brand new project that was just released on Kickstarter this month, February 2014.  Terrayn is a sandbox MMORPG, but we might as well start up a new genre called desert, because the plans that CodeMushroom has for Terrayn are some of the most ambitious we’ve seen.   Of course it will have a persistent and constantly evolving world, a story-line that is all your own, the ability to create farm and dig anything you can imagine, but what makes it really stand out is the API, application programming interface, which allows players to create simple scripts that can be put on living objects that you won.  Oh what?  Sounds crazy right?  You not only create how the world looks, but how the world DOES.  Well, that sounded better in my head.

[heading]Albion Online[/heading]Albion Online is another game in its Alpha stages, with still a long ways to go before completion.  The developers, which have taken the lovely name, Sandbox Interactive, are hoping to make Albion Online the first true cross-platform MMO.  But that’s not what we’re here to talk about.  Albion Online is a stylized medieval territorial warfare game with an emphasis on player freedom.  The game has a no-level-up character system, that relies on your 6-8 pieces of gear, the freedom to establish your cities economy as a trader, craftsman or mercenary, the ability to build everything from saw mills, to forges and academies and the freedom to play any way you desire.

[heading]The Repopulation[/heading]The Repopulation is another highly ambitious title from a small indie developer, Above and Beyond Technologies.  This Sci-Fi sandbox title, which recently completed their Kickstarter campaign, takes place on the planet Rhyldan, with the last known remaining human population, fighting for their very existence.  The game places a heavy emphasis on innovation, which gives players the ability to walk down paths that they enjoy the most, whether they want to focus on combat, crafting, designing cities, forming independent rogue nations, or working together with groups.  With intense lore, pets, PvE, PvP, player-housing, siege systems and more, The Repopulation is definitely one to look out for.

[heading]Black Desert[/heading]Black Desert is a sandbox-oriented MMO from a Korean developer Pearl Abyss.  The game has been in development since 2010 and has recently gone through closed beta testing in Korea, while releasing a few screenshots of an English version recently, although no announcement of a publisher.  Anyways, Black Desert will feature an open world with a diverse set of biomes, unpredictable weather which will affect players, massive sieges, a detailed resource gathering system, non-instanced player housing and an action oriented combated system.

[heading]ArcheAge[/heading]So ArcheAge is being billed as a sort of hybrid between sandbox games and themepark games, but the sandbox elements are the ones that most are excited about, so hence its conclusion on this list. ArcheAge will feature a zoneless world with a third-person view, a huge housing system, the ability to create your own class, based on three basic skill types from a selection of ten.  Large scale PvP with a player run court system and a jail concept also sound like they could be quite fun.  The extensive crafting system will allow people to create equipment, food, vehicles, building, furniture and more.

[heading]Shroud of the Avatar: Forsaken Virtues[/heading]Shroud of the Avatar: Forsaken Virtues comes from the infamous Richard Garriott, or Lord British as he’s known in-game.  If you don’t know who he is, don’t worry, it’s not important for this video, but he did create Ultimate Online, so yeah..  Shroud of the Avatar will allow players to pursue any skills of their choice, with no set classes, you’ll be able to partake in five crafting categories, gathering and converting resources into items, and selling or trading those items.  Communication with NPCs is through typed responses interpreted by the game, there is no quest log, and players will explore storylines that interest them.

[heading]Star Citizen[/heading]Star Citizen has been making the rounds as one of the most successful crowd-funding campaigns ever, reaching over $38 million as of this video.  Star Citizen is an audacious project where the creators, Roberts Space Industries will create a whole new universe to explore and live in.  The game will let you be whatever the hell it is that you want.  Want to be a trader, or a military combat pilot?  Maybe a scavenger or a criminal? Do it.  The world will be constantly expanding and evolving, will allow user generated combat, will focus on the interactions between yourself and others, and have a fully dynamic player driven economy.  Put me down for another million.

[heading]EverQuest Next[/heading]EverQuest Next is being heralded as the largest sandbox MMO ever designed, and the folks at SOE are taking their next title very, very seriously.  EverQuest Next developers have stated an intention to return to a style of gameplay more like the original EverQuest, while retaining the advancements that MMORPG design has made in the years since the original launched.  Among the features of EQN will be full destructibility, the concept of permanent change, your choices changing the consequences in the game and a revolutionary class system.  EverQuest Next is a game that will not be released in 2014, but it’s one that we’ll be hearing a lot about this year, and thus belongs on our list.

So there’s our list of the top 10 Sandbox MMOs to be looking forward to in 2014.  Tell us what you think with the comments below.  Also let us know if there’s a game more deserving of the list, and use a convincing argument, because we’re stubborn!  Leave this video a like, and subscribe, and we’ll see you on the next video.  Cheers!