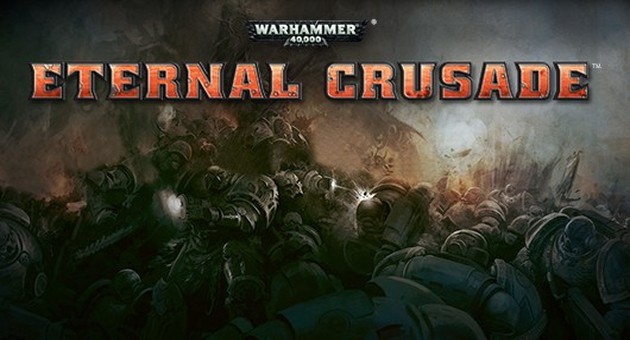 Behaviour Interactive and Games Workshop have just unveiled the latest title coming to the hugely popular Warhammer universe, Warhammer 40,000: Eternal Crusade. Behaviour Interactive have acquired the rights to publish a brand new, persistent world universe based on the best selling franchise for all major platforms including PC, Xbox One and Playstation 4. Players will fight in a massive conflict for territory and domination as each factions community contributes to their cause, fighting for domination of the entire planet.

The game will feature a third-person, over the shoulder style playing approach with skill-based gunplay and devastating melee combat, offering players a persistent world with a heavy focus on PvP and territorial control. Four iconic factions will be available at launch, each unique in their own way. The available choices are as follows, Space Marines, Chaos Space Marines, Orks and Eldar.

Several vehicles were also revealed at the E3 event, giving players the chance to ride into battle with the Rhinos, Predator, Ork and Battlewagon at their disposal. Procedural content, deep character customization and in-depth group mechanics are just some of the other exciting aspects waiting in the wings.

Sadly we’ve got a long wait as the current launch window sits at the end of 2015 but it has been a while since Warhammer fans have had anything to get excited about and it doesn’t get much better than this.