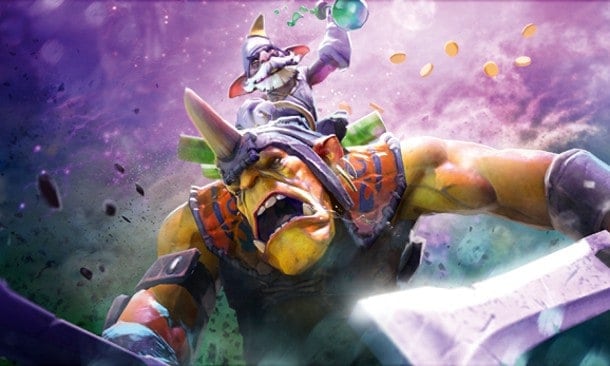 The debate between Dota 2 and League of Legends has been
raging almost since the two games were first released. People on both sides
have spent many hours online rabidly defending their title of choice (often
while bashing the competition). On the one hand, you have League of Legends
players referring to Dota 2 as boring, unforgiving, and elitist. On the other
hand, many Dota 2 players deride League of Legends as too ‘casual’ and
simplistic.

Ultimately, neither game is superior, nor is either side
correct in its criticism. Whether you prefer one or the other really just
depends on what sort of experience you’re looking for. Don’t believe me’ Let’s
have a closer look at what really differentiates
Dota 2 from League of Legends.

It’s no secret that League of Legends has one of the most
toxic communities online, and it’s not hard to see why. Here is a game where
you’re expected to team up and co-operate with up to four random strangers,
many of whom might as well be playing with their feet. Tensions run high, and
tempers quickly and readily flare.

Word on the street is that the community in Dota 2 is
actually better than League’s collection of furious trolls and scrubs, and that
most of the people playing it tend to both take it more seriously and get less
angry.

Saying Dota 2 has a better community than League of Legends
is like saying a broken arm is better than a stab wound in the stomach. Both
games suffer from many of the same problems, and though there may be a little
bit less negativity in the Dota 2 community, it’s definitely still there, and
it’s definitely still a problem.

I won’t lie to you: compared to League of Legends, Dota 2 is
considerably more difficult. You can deny creeps and towers, preventing your
enemies from receiving gold (some heroes can even deny themselves, suiciding to
prevent anyone from benefitting from their death). Abilities tend to cost more
and do more damage, and crowd control is considerably more punishing. You need
to keep track of the game’s day/night cycle, and whether or not you’re
attacking from high ground makes a huge difference in whether or not you’ll
succeed. This adds a new layer of strategy to the experience, and makes it much
more challenging than its peers.

One of the main reasons League of Legends is more popular
than Dota 2 is because it’s much more accessible. The level of challenge offered
by the latter isn’t something that everyone will enjoy, and I know of quite a
few people who much prefer the former as a result. Everybody likes a challenge,
mind you’but everyone has their limits, too. It also feels much slower than its
rival; matches proceed at a pace that is much more deliberate.

While League of Legends has a tendency to tie certain roles
and champions to certain lanes or areas of the map, Dota 2 has a significantly more varied roster of
positions, and it’s not terribly uncommon to see lane compositions which, in
League of Legends, would be positively absurd. What’s more, each hero has its
own set of specific roles, which play differently depending on how you build
(more on that in a moment). Some might be specialized for lane clearing, while
others are focused on moving around the map or disabling their opponents.

This increased diversity means setting up a strategy and
composition that actually works is considerably more difficult in Dota 2 than
it is in its rival. After all, the more freedom you have, the easier it is to
get overwhelmed. Again, this may be more attractive to some players than to
others ‘ in this case, I’d argue that it’s all a matter of taste.

[heading]Dota’s Heroes Are More Game-Changing Than League’s Champions[/heading]
Another significant difference between Dota 2 and League of
Legends is that heroes are far more specialized and focused than champions.
Each hero has a very specific skill-set, progression, and build sequence that
makes it feel entirely distinct from its kin. Every hero furthermore changes
the game in a very real way with their abilities, which often feel slightly
more powerful than anything seen in League.

There are two trade-offs that occur as a result. The first
is that Dota 2 boasts a slightly smaller roster of characters than League of
Legends: 112 to 116. The second is that, although each hero boasts a
considerable amount of power, they’re also less equipped to spam their
abilities. Non-conservative play is thus punished in Dota 2 to a much greater
degree than in League of Legends.

In Dota 2, if someone beats you in a game, it’s simply
because they were more skilled. There are no runes, masteries, or summoner
spells to strengthen champions or change their in-game stats, nor does a new
player need to save up to unlock new champions. What you see is what you get;
everything hinges on what you do in-game, rather than how your account is
equipped.

Unfortunately, this means that Dota 2 lacks the same feeling
of progression as League of Legends. In League, winning nets you IP, which can
be used to buy champions or runes. If you’re not already level 30, it also
grants you experience; playing ranked gets you LP and lets you progress to new
Leagues. In Dota 2, there’s really no reward for a victory other than bragging
rights, a better win ratio, and possibly a chance at going pro (if you’re good
enough).

So…at the end of the day, it just boils down to which of the two you personally prefer. Crazy, right’