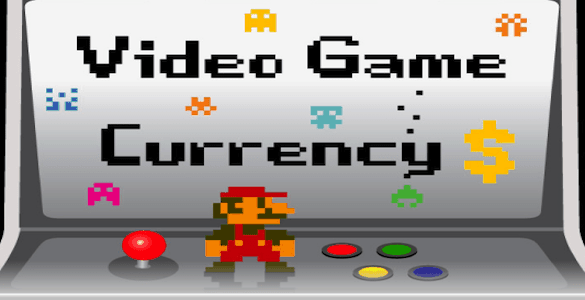 Another week of gaming has passed, which means it?s time to tackle another topic in the MMORPG universe. Those following the Love and Hate series have been generous enough to give feedback on the numerous MMORPG topics. You might be a fan of extended travels through humongous MMO landscapes, or you might find yourself seething at the actions of other players. Regardless of what kind of player you are, it?s obvious that the size and complexity of MMO games invoke some of the most conflicting emotions in gaming.

This week brings one of the most controversial topics in the MMORPG community. MMO games establish their own economy and therefore create a system of fake currency that players are expected to achieve through lots of play time. This currency can be in such high demand it sometimes transcends its virtual existence by being sold for real life money. Majority of MMO gamers shun the notion of purchasing their achievements, which is understandable. Still, it seems unfair to not let people use real life accomplishments to help them enjoy a video game they might otherwise not have the time for.

Many will disagree with this assertion, but allowing people to buy game currency is totally fair. People have real life responsibilities, and a lot of those people don?t judge or comment on the individuals who don?t. When people accomplished things in their real life, it should be their right to use those accomplishments to support their desire to experience a fun game. Human beings want to be able to spend their time wisely. Think about the message people send by rejecting a player who supports his/her gaming with real money, because that person has a busy life.

The same goes for leveling a character. People should be allowed to play games with their friends. If a person is hard at work all day while his friends spend that time on their couch leveling higher than him/her, that person will never keep up with his friends intense gaming schedules. If you don?t provide a method for friends to keep up with each others drastically different schedules, they can never enjoy an MMORPG together fully. That just seems silly. I love when MMO games provide a way to purchase items. It keeps friends playing together. More importantly, it motivates individuals to stick with the game longer because they can plan their non gaming lives accordingly.

With all the greatness that comes from purchasable content, I sadly understand the frustrating condition MMO universes are in because of it. Like mentioned before, it?s not always the case that someone buying currency is affecting others gameplay. The gaming economy is very much like a real one though, and people are always looking to exploit it. People suck sometimes. All races, nationalities and genders have their share of bad people mixed in with the good.

MMORPGs sadly entice a certain group of bad people to come together anonymously. Currency selling brings people onto the game for the mere purpose of making real life money, and that messes with the games economy in most cases. These gold farmers don?t just disrupt the flow of in-game auction houses; they also overpopulate unique battle areas and restrict access to rare items. Worst of all, these actions are done almost entirely through botting. All a player can do is wait and hope that an admin will swiftly come and ban these wrongdoers.

It?s unfair to disrupt gamers who are achieving their aspirations for money making purposes. Messing with game currency creates increased difficulty for real players to enjoy the game. Gold farming bots will sit on the spawn area of unique creatures, and rip away the rare items that dedicated players put their time and effort into waiting for. If the aspect of buying and selling game currency worked entirely through actual players, the system would work. I hate when the arrival of currency sellers drastically impact a game?s economy though. It?s horrible for dedicated players who have to deal with the problem on a daily basis, but it?s even worse when it starts impeding basic MMORPG progression.

This topic has me torn, which is why Id love to hear from the MMO ATK community. Is allowing currency and item purchasing fair for other MMORPG players? Is gold farming responsible for the actually decline of a games virtual economy? Let us know below and make sure to check back next week when I discuss what players love and hate about personal farming and grinding experiences.