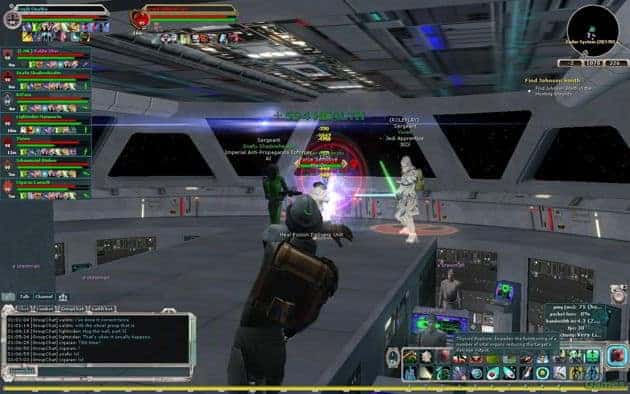 The early days of SWG attracted thousands of MMO fans and it has quickly become one of the most popular closed MMO’s in history. Sadly certain development changes and updates caused much of the community to move to greener pastures but Smedley and his crew aren’t oblivious to the mistakes that were made.

Q: If you could relaunch a shutdown title, which one would you pick and what would you do differently this time?
Smedley: SWG. I would do everything differently. SWG Players – Our next game (not announced yet) is dedicated to you. Once we launch it…you can come home now.

A keen-eyed reader from the AMA event then discovered an image that gives credit to recent rumors suggesting that the Star Wars Galaxies trademark had been renewed. This of course could mean many things, some of which don’t involve the release of a new Star Wars game, but combined with Smedley’s comments – it’s the best hope we’ve had for a revived SWG since its closure.